In His Shoes: Rob Hill, Sr. 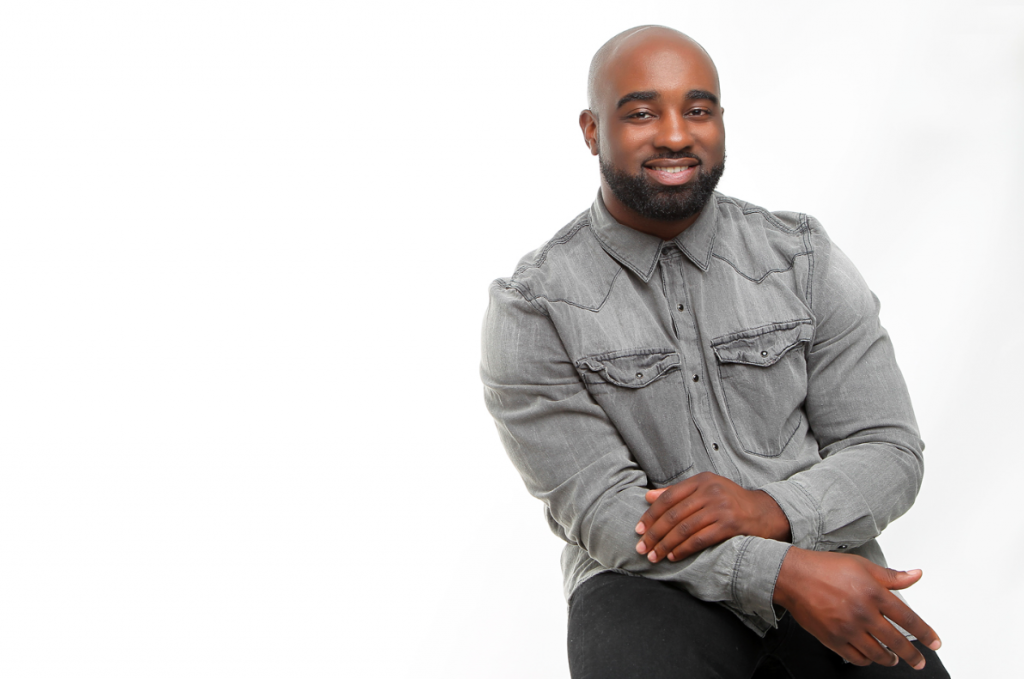 If you’re active on Instagram, chances are, you’re already aware of this man’s work or you’ve seen his thought-provoking quotes pop up in your timeline. Rob Hill, Sr., better known as “The Heart Healer” has touched many lives through the power of social media and the series of live events he hosts across the country. He’s been busy working on his “I Want You To Be Good” tour but took time out of his hectic schedule to chat with me about his personal quest to spread love. Get to know the military man turned relationship expert Rob Hill, Sr. today as we step In His Shoes:

In Her Shoes: The world knows you as Rob Hill, Sr., “The Heart Healer.” Tell us a bit about your journey towards healing hearts. Was this mission inspired by a desire to heal your own heart in the process?

Rob: The title kind of came about randomly. I was writing and sharing my thoughts daily in this series called “Thoughts for the Day”. I would email it out every morning at 9AM. My list started small but word of mouth helped it grow. Each day I’d get responses from whatever that day’s particular message was and it would say “you’re helping me heal” or “your words are healing my heart”. I’d get variations of those and one day somebody called me the Heart Healer, I forget who it was, but it just stuck. Writing has always been therapeutic for me. I actually believe anybody who contributes positivity to this world is a heart healer. Just like hurt people hurt people, I believe healed people can heal people, it starts with love and positivity. 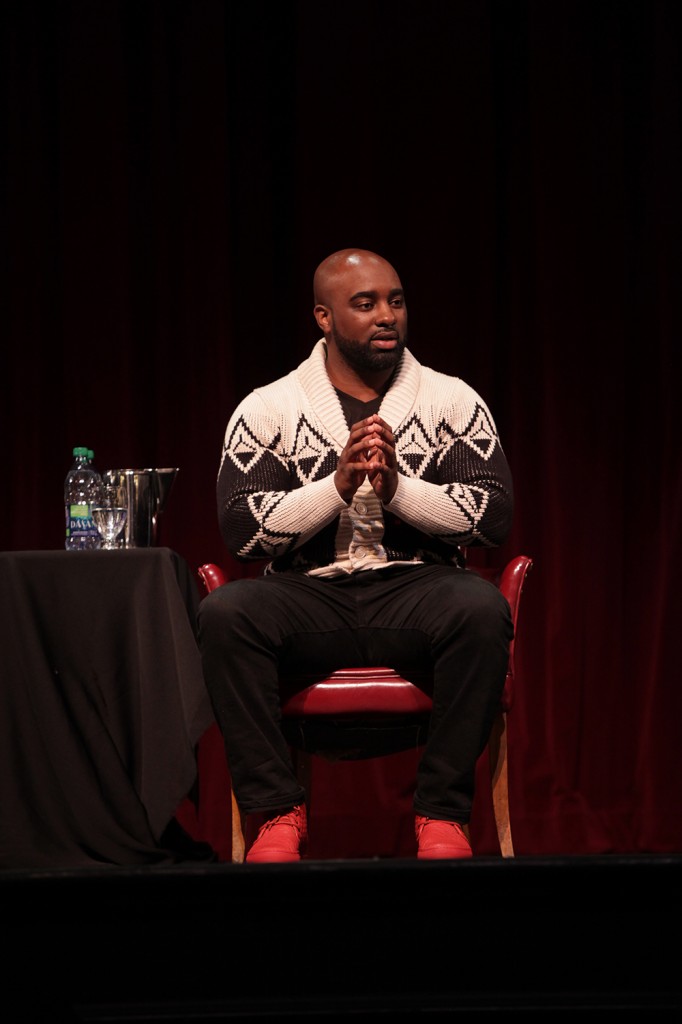 In Her Shoes: With an Instagram following of over 400k, your quotes and words of inspiration are retweeted, regrammed and reposted in record numbers. At what point did you realize how influential you are in the social media space?

Rob: I’m actually still kind of shocked by it all, but I first realized it in January of 2013, that’s when things really started to grow. Crazy because I didn’t start out trying to be an expert, I just wanted to get my thoughts out. I wanted to express things I really believed and lived by and it was liberating to do so. Seeing the impact it has on people has been so inspiring and comforting for me.

In Her Shoes: You’ve talked about the power of vulnerability and the beauty of embracing it. For a lot of men and women, vulnerability is oftentimes confused with weakness. Tell us about the life experience that helped you realize this wasn’t so.

Rob: It wasn’t one experience but more so a series of events that led me to this. I was always the person who never wanted to let anybody too close, I feared being hurt but that interfered with my ability to be intimate. It’s hard trying to love with a brick wall between you. Every relationship failed because I didn’t know how to let people in, I called myself guarding my heart but I was really suffocating it. One day I realized that I didn’t have many meaningful friendships or relationships because I was so great at pushing people away. I read this book called “Intimacy: Trusting Oneself and Others” by Osho and it really opened my eyes. I had to forgive myself for a lot, I had to find peace about who I was, and I had to realize how courageous showing who you really are is. Anybody can live behind a persona, mask, or character, but very few people know/like who they are enough to be authentically and unapologetically his or her self. I found it to be liberating, I no longer had to hide. I started seeing the desire to fit in as a weakness. I wanted to be strong enough to be me, and it started with being vulnerable enough to open up. So now I believe vulnerability to be true strength. 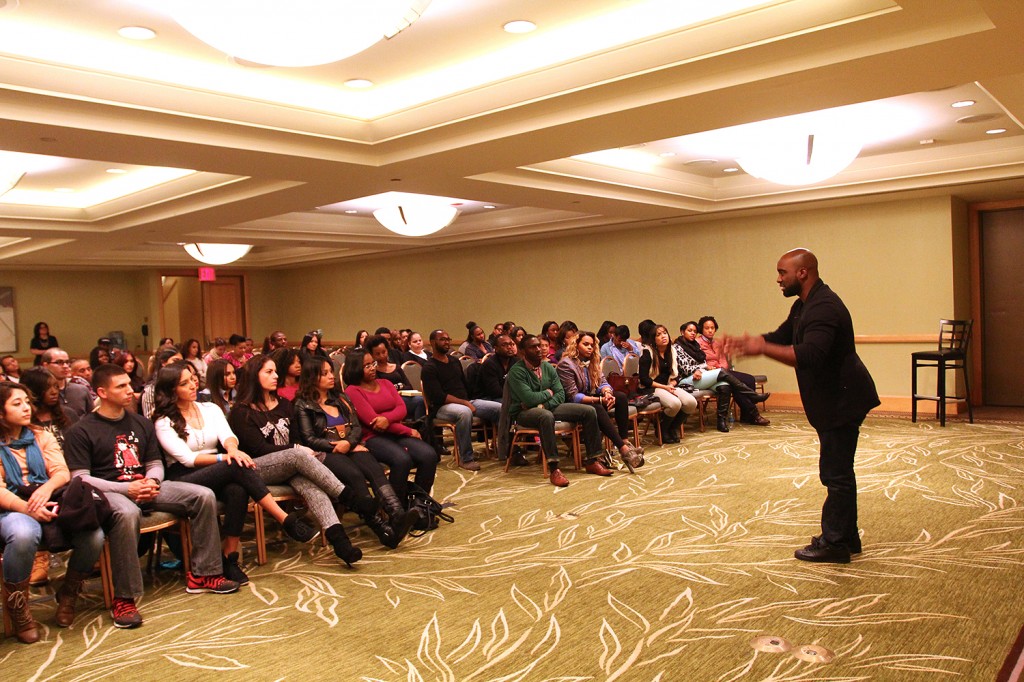 In Her Shoes: How did you transition from being in the Navy from 2008-2012 to doing what you love?

Rob: I never wanted to stay in the Navy. I started writing and sharing my “Thoughts for the Day” series while I was still in. That series eventually became my first book “About Something Real” which released in September 2011. When I held the book I no longer felt like just a writer, I realized I was an author and the response for the few who read it really inspired me to continue walking that path. I released my second book “For Single People Who Still Understand the Value of Relationships” one month after I got out of the Navy and it hit #1 on Amazon’s best seller list in the category of relationships. I knew I was on the right path.

In Her Shoes: Your career as “The Heart Healer” has been quite successful, but you’ve also had some difficult times. What would you tell people who are ready to give up on their dreams?

Rob: To me, if you quit on what you love then you leave yourself the rest of your life to die at the hand of the things you hate. I can’t accept that. Yes, sometimes quitting was a thought in my head but I knew it could never be an option for my life. Struggle produces patience and endurance, both are necessary if you’re ever going to win at anything in life. It’s not easy, it’s not always pretty, but nothing real or worthwhile ever is. That’s why “living your dream” doesn’t happen for everybody, but if you truly believe it’s for you then you can’t quit, that’s an insult to everybody who believed. 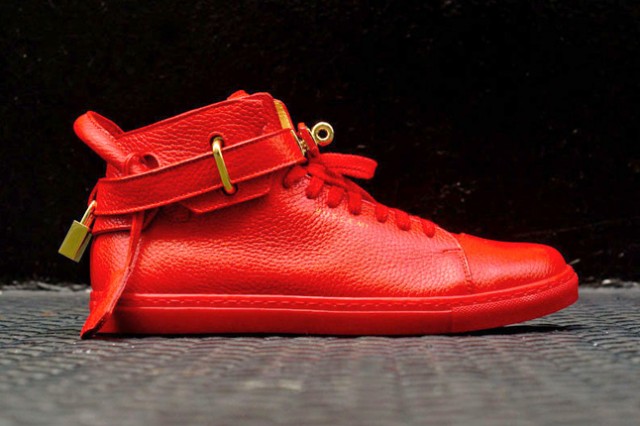 In Her Shoes: What is a day like in Rob Hill, Sr.’s shoes?

Rob: It’s an honor. I get to speak life into people everyday. I get to help people find peace, strength, growth, etc. Whether it’s delivering a positive message in the morning, visiting a school or recreation center to volunteer with the young Kings and Queens, and or hosting an event at night. Everyday is an opportunity for me to be the reason somebody else keeps going or gets closer to their dream. That’s a gift.

In Her Shoes: How do you balance fatherhood, your personal life and business?

Rob: I believe it to be my responsibility as a father to provide financially, support emotionally, and lead by example spiritually for my son. I’ll rarely do anything that doesn’t benefit him first. The schedule can get hectic but I believe it’s all in the effort. I’ve learned how to say no lol. That’s probably been the biggest factor in finding balance.

In Her Shoes: When it comes to love and relationships, what’s the first lesson you plan to share with your son?

Rob: Be willing to work for what you want. Be strong enough to remain patient when it doesn’t come as fast as you want. Trust yourself and your ability to decide what’s right for you. Communicate clearly and honestly. Don’t let disappointment jade you, learn the lesson in it and be better because of it. I guess that’s more than one lesson, but I’d definitely tell him all of that. 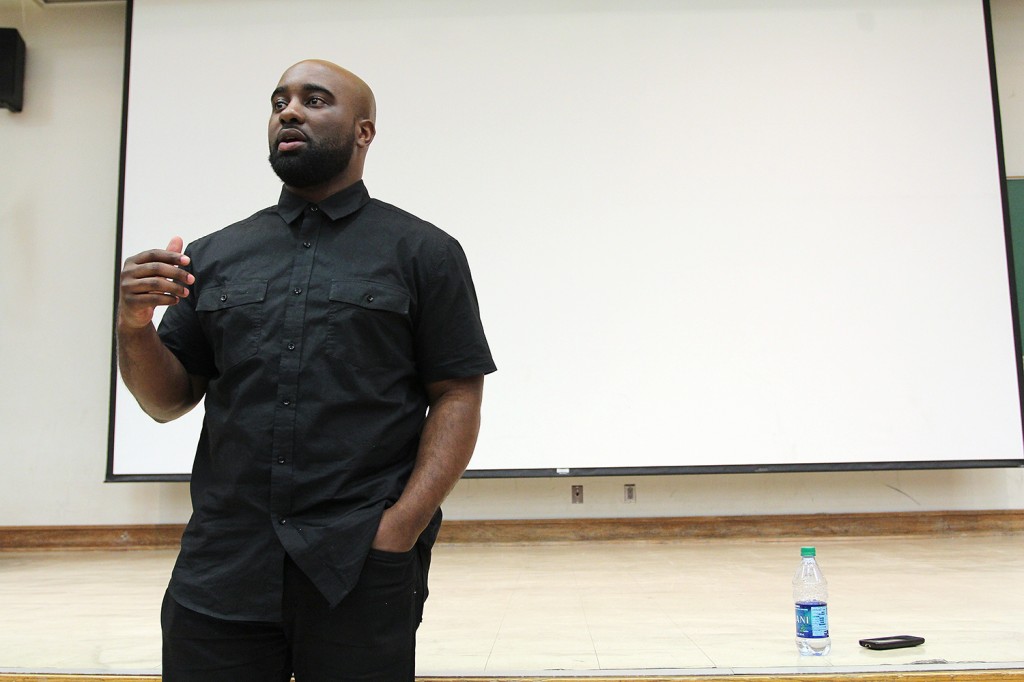 In Her Shoes: Your non-profit, 1000 Kings Foundation, was created with the mission of influencing teens to live extraordinary lives and its 1st Annual Thousand Kings Walk last year was a huge success. Where would you like to see the 1000 Kings Foundation in the next few years?

Rob: I want the foundation to continue being known for service. I want to give out more scholarships, sponsor young teachers who don’t get half as much as they’re worth, and inspire families to come together. We want to restore the “it takes a village” feel to the communities.

In Her Shoes: Do you have anything exciting for summer/fall ’14 you’d like to tell us about?

Rob: I’m currently working on the “I Want You To Be Good” tour where we’re challenging attendees to step outside of the usual and go after their dreams and goals. I’m also wrapping up edits for my new book “The Missing Piece” which should be out before the end of the year, and I’m recording the sequel to my audio book “The Audacity of a Good Heart” entitled “The Audacity of a Healed Heart”.

To learn more about Rob Hill, Sr. visit www.robhillsr.com or follow him on social media via @robhillsr!