In His Shoes: Rayon Richards 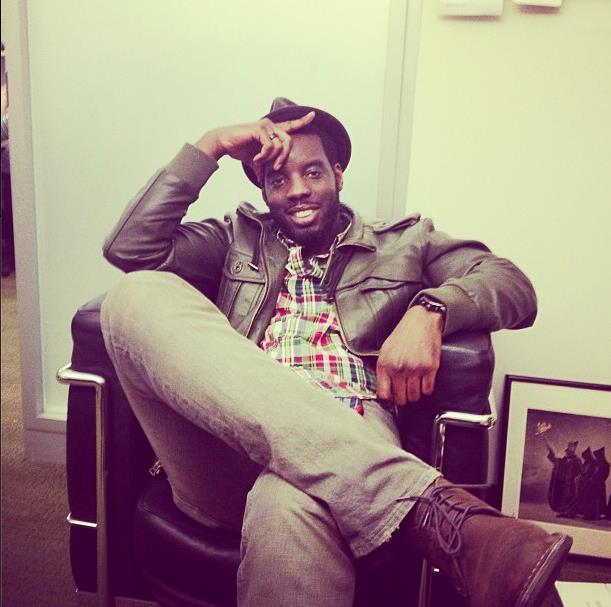 I’ve been blessed to be surrounded by some extremely talented people who keep me inspired daily and today’s In His Shoes subject, Mr. Rayon Richards, is truly no exception. While we live in a society that’s almost obsessed with instant gratification, one thing is for sure, successful careers don’t happen overnight – at least careers that last. Rayon’s work was first published 13 years ago in the summer of 2001 and over the course of his career, his images have appeared on the covers and pages of some of our favorite publications such as O: The Oprah Magazine, Fast Company and Huffington Post Magazine. His entertainment industry experience also reads like a Who’s Who list including Atlantic Records, Universal Records and Island/Def Jam.

As a product of Jamaican parents, a native of Brooklyn and a graduate of School of Visual Arts photography BFA program, Rayon is truly that creative you need to know. Today, the talented gentleman sits down with In Her Shoes to talk shop and give us a glimpse into his entrepreneurial journey:

In Her Shoes: What was your earliest memory with photography as a young boy?

Rayon: My earliest memory with photography as a young boy is a story I tell often about when I first discovered the need to document and record moments. I was 14 years old and it was the summer before I entered LaGuardia High School of Music & Art and The Performing Arts in NYC. On a family vacation back to Jamaica, I noticed that a lot of things had changed since my trip 10 years prior. My memories were vague but they were enough to inspire me to purchase a couple of disposal cameras and take pictures of all the things I thought were important so that if there would be another 10 years that passed before I returned to the island, at least I had a visual record of my experience. 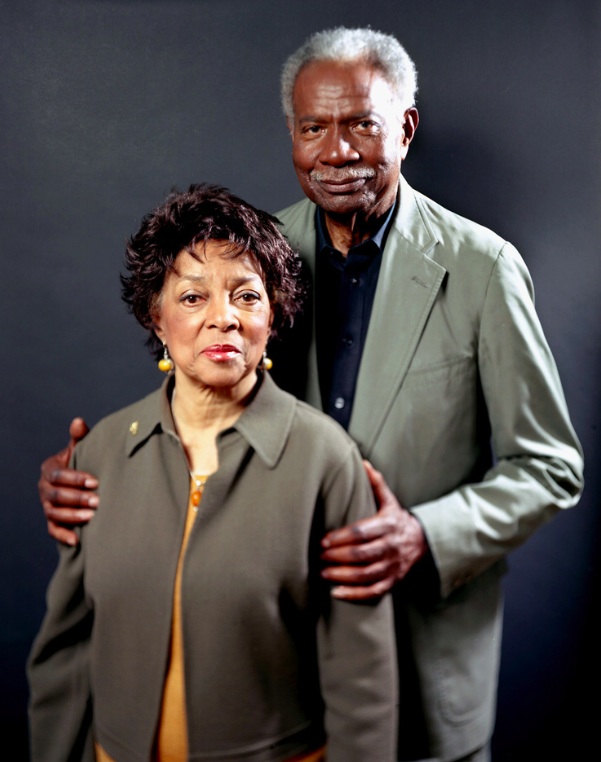 In Her Shoes: You’ve been a force in the industry for quite some time now, shooting everyone from Kevin Bacon to Ruby Dee & Ossie Davis. How did you land your first celebrity job and what was the most unforgettable moment from that shoot?

Rayon: Thank you, I’ve considered myself extremely fortunate from the very start of my career. The amazing thing about being a freelancer is that no two stories of how someone becomes successful at their craft are alike. Back in 2000, when I was a freshman in college, I spent a lot of time focusing on honing my skills and showing my work to some of the people I met when I was assisting my mentor during my high school years. One of those people was a man named Cacy Forgenie, who at the time, was the photo editor of Mass Appeal Magazine. On many occasions, he generously gave of his time to meet with me, review my portfolio and offer constructive criticism on my work. At some point he decided to hire me. He sent me to Philadelphia to document A Day In The Life of Steph Lova, who at the time was one of the more prominent VJ’s on MTV2. It just so happens that she was heading to Philly for their “Summer Jam” concert and I was there to tag along. So excited that this was my first real assignment, she told me that she would make sure that I got a chance to  photograph every single person she interviewed backstage. Eve, Ja Rule, Beanie Siegel, Sisqo, Bow Wow, Red Man and Sunshine Anderson are just a few names among the list of people I was able to photograph that night. When I returned to New York, I ran straight to the darkroom, developing all of these images into what would become a full portfolio of music artists that I could now take to other publications to acquire more work. Thirteen years later, the ball continues to roll and has never stopped.

In Her Shoes: If you met yourself when you were first starting out, what advice would you give your less experienced self now that you are here?

Rayon: If I met my younger, less experienced self, the first thing I would say is to be more open, more experimental and spend just as much time and energy on personal projects as you do on your commercial work. When I was in school I was very focused, I knew exactly what I wanted, and I knew where I was going to be. My sole goal was to make it in the commercial realm so I didn’t spend as much time working on my own personal creative projects as I did making myself marketable to the photo industry. I wanted to be published and shoot celebrities, that was my idea of success. Now that I’ve created a foundation for my work, I’ve been really investing a lot of time in a few of my own projects which I hope to be able to show shortly. Today I feel more balanced and way more fulfilled. 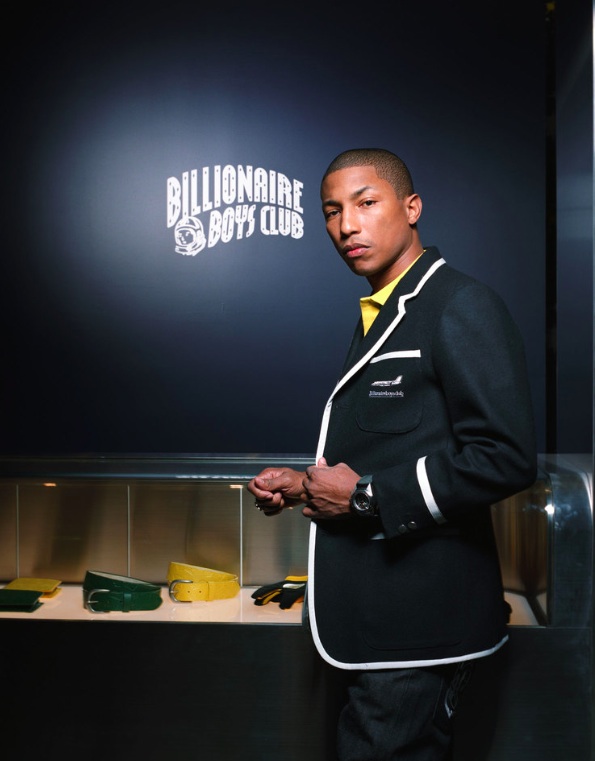 In Her Shoes: Congrats on the unveiling of RayonRichards.com v.5! What can we expect to discover in your new and improved online home?

Rayon: Thank you! I’m very very proud of the new site. I think it really showcases my work in a way that previous versions of the website did not. I think you really get a good sense of my body of work and my vision as a photographer through this new site. I can say that confidently because I myself have come to realize my own vision just seeing this project put together. When you’re an artist you’re told to create a style that’s going to make you recognizable and for a long time I couldn’t really figure out how to do that deliberately. I couldn’t force a style. The joy in putting this new site together, is that once it was completed, I saw that the style was there all along I saw how it had developed on it’s own organically. In fact, other people who’ve viewed the work are the ones who’ve pointed this out to me and I suppose it was just intrinsic so I didn’t necessarily notice it and that’s what makes it all the more special because I was just being myself. It’s a feeling. Every facet of my personality is in the work and in some ways that also makes it “personal work”. It took me 14 years to “develop a style”…all this time I was just doing what came natural to me. 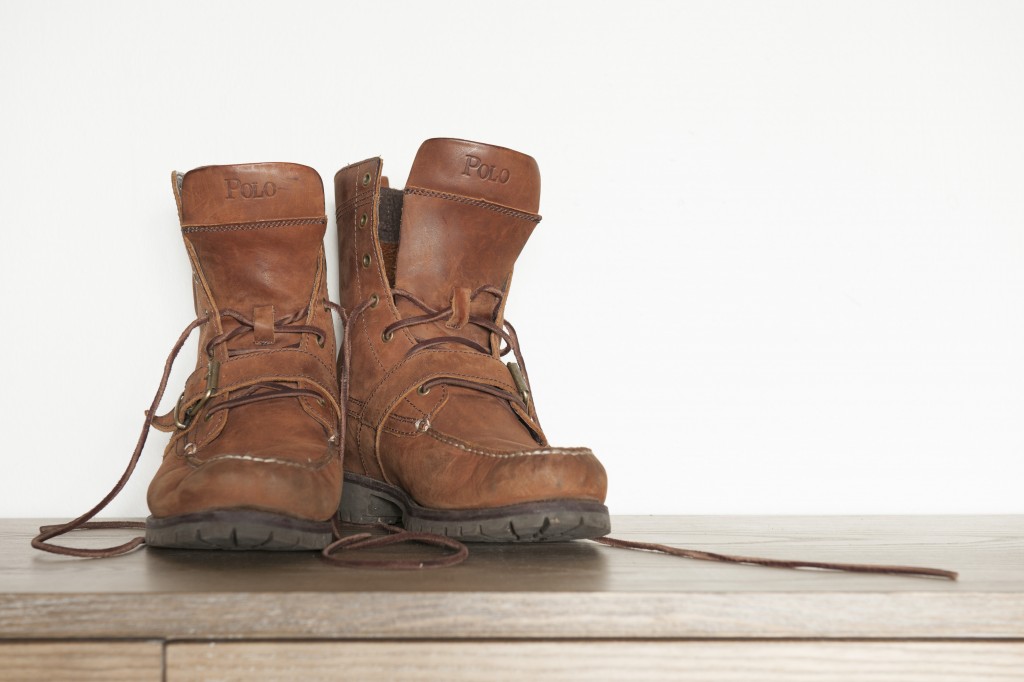 In Her Shoes:  What is a day like in Rayon Richards’ shoes?

Rayon: For me, no two days are ever the same and that’s what I enjoy most about being a freelancer. I don’t have a normal 9 to 5 routine; there are some days when I am out shooting, other days when I’m running around the city in meetings and days when I’m in my office at my desk for hours, so it never gets boring. On days when I’m not shooting, I’m usually up at 6 AM. After breakfast and the gym, I can be found at my desk handling the day-to-day tasks that keep my business running, such as corresponding with clients, working on new marketing strategies, preparing for meetings, producing personal projects and updating my physical portfolios & website. All other days I’m behind my camera. 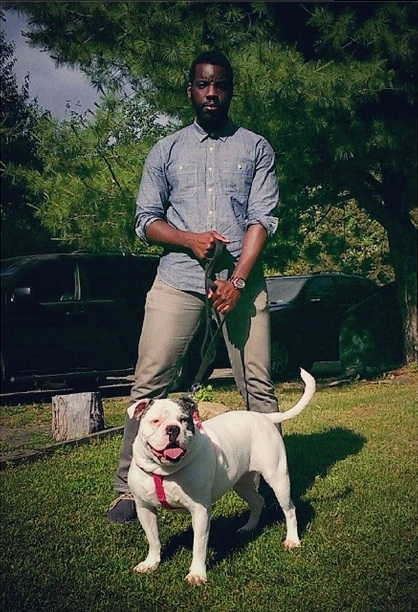 In Her Shoes: What are your thoughts on the growing popularity of smart phone/Instagram photographers and the (almost obligatory) use of filters in social media?

Rayon: My feelings about Instagram/smartphone photography are ones of love & hate. I think the rising popularity of photography via smart phone is very interesting. When you start shooting on film as I did in the 90’s, you learn to understand that the quality of the image is not based on the tool used to create it but on the vision of the person who is capturing the moment. Since the digital revolution in photography has made the medium so much more accessible, there seems to be less respect for the craft because you don’t really have to know how to do anything except point and shoot to make an “acceptable” image. Learning how to properly expose film was a skill. Most of the popular filters on apps are based on actual darkroom chemistry processes, types of film and large-format manual camera manipulation. Today people are led to believe that a good image is solely dependent on the camera used. Most people’s first question these days is “What camera/lens did you shoot that with?” The idea in their mind is that the camera made the image, not the camera operator. With smart phones and social media, the same mode of thinking applies but what I like about smart phone photography is that it completely dispels the thought that “if you just buy a fancy camera you can make fancy pictures”. With smart phones, everyone is pretty much on a level playing field so if everyone’s pictures aren’t amazing that should really show how much of a separator talent and vision actually are.

In Her Shoes: If you could predict or forecast the future of photography in the next decade, what would it be like?

Rayon: That’s a very good question. Prior to digital photography, you could have a film camera and it would last you for decades. Today, because technology changes so quickly, cameras become obsolete within a couple of years. Technology on a whole has been improving at an incredibly rapid pace…especially in the last 10 years. To be honest, I have no idea what the future holds for the world of photography but whatever it is, I’m excited for it and am always ready to embrace change and growth in the medium.

Rayon: I’m really grateful for everyday that I get to live and do what I love. My spiritual relationship to God is directly related to my work. Being a photographer fuels my faith and my faith is the source of my continued success in the photo industry.

← Previous Story Travel on a Budget: Dubai
Next Story → Healthy Meals on the Go!