Do you have a business concept that’s been stuck in your head for years that needs to come to life? It’s time to jump off the proverbial cliff! Brandice Henderson, CEO and Founder of Harlem’s Fashion Row (HFR) presents Cliff Jump, an event for real dreamers ready to overcome the fear and take the jump in converting an idea into a profitable business. It’s a 100% interactive, energetic experience that guarantees that upon exiting, your life will not be the same. 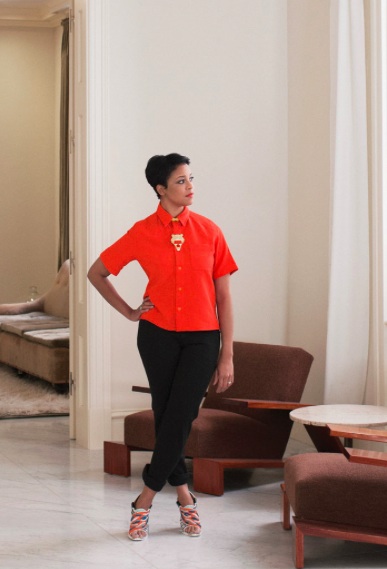 Brandice Henderson, recently featured as one of Paper Magazine’s beatiful people for her contribution to the fashion world is the CEO and Founder of Harlem’s Fashion Row (HFR).  Henderson has over 15 years of experience in fashion ranging from buying to manufacturing. Recognizing the lack of diversity in fashion,  in 2007 Henderson created Harlem’s Fashion Row to provide a platform for designers of color.   African Americans alone spend over $22 billion a year on apparel, but are less than 1% of designer labels sold in major department stores.  Through HFR’s fashion events, designers of color are introduced to the market – buyers, editors, media outlets, and influencers.

Brandice’s friends tease that she will always find a way to try and change the world, but for now she is content changing the face of fashion and inspiring you to start your movement!

← Previous Story Want to Be More Self-Confident? Here’s How.
Next Story → Top 10 Takeaways from The Black Enterprise Entrepreneurs Conference