Want to Be More Self-Confident? Here’s How. 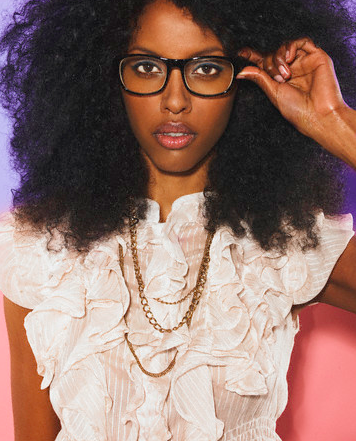 According to Merriam-Webster, the definition of confidence goes a little something like this:

Pretty simple, right? Not always. While many of us may go out of our way to “look” confident with designer labels and the hottest hair styles, true confidence isn’t always easy to come by. Thanks to parents who instilled in me the belief that I could do anything (I repeat: ANYTHING), I’ve been blessed with a healthy amount of it but I’ll be the first to admit that some days it escapes me. No matter how great we may be in our careers, everyone can use a few tips on boosting confidence.  Inc.com recently published a story with confidence tips inspired by Katty Kay and Claire Shipman, authors of The Confidence Code: The Science and Art of Self-Assurance–What Women Should Know.

The interview and book are about women and self-confidence, but the advice applies to everybody. Here are a few of the takeaways:

According to the authors, women have a tendency to feel bad if they don’t do everything–from how they look to how they parent to how they talk–perfectly. As a result, we sometimes fail to take risks in fear of falling short. In my experience, though, it’s not just women who feel this way. I’ve known plenty of men who are absolutely obsessed with never looking foolish. Regardless of your gender, perfectionism is the enemy of self-confidence because if you’re trying to be perfect you’ll always find yourself lacking. Instead, try to be excellent or even outstanding–which means falling flat sometimes.

2. Don’t apologize before the fact.

Some women, argue the authors, have a habit of saying “I’m sorry” when expressing an opinion or taking action. In the interview, they said that the automatic “I’m sorry” was intended to make the listener feel more comfortable. It’s safe to say that people who apologize for doing normal stuff are doing it to make themselves feel better. People (women and men alike) are protecting their self-esteem in case the other person gets upset. Rather than preemptively apologizing, take the action that needs doing, say the thing that needs saying, and then apologize afterwards–if and when it becomes clear that an apology is appropriate.

The interview spent 10 minutes or so discussing the habit that some women have of adding a little uptick at the end of each spoken sentence, whether it’s a question or not. It doesn’t really matter who’s doing it. The verbal uptick is just a bad habit, similar to the “uhhhh…” pause or peppering your speech with “like” or “you know.” To break this (or any other) verbal habit, cultivate the ability to listen to yourself as you’re speaking. Pause before saying something, form the gist of what you want to say, and then deliver it as a statement or a question.

It turns out that successful people of both genders tend to overestimate what they can accomplish and the value of their contributions. As long as your overconfidence is grounded in the possible, it’s a good thing, not a bad thing. Being overconfident means saying “yes” to things that you’ve never done before. It means being “dumb enough” to really believe you can start your own business and make it successful. Without overconfidence, people don’t stretch themselves. Click here to check out the remaining confidence building tips on Inc.com.