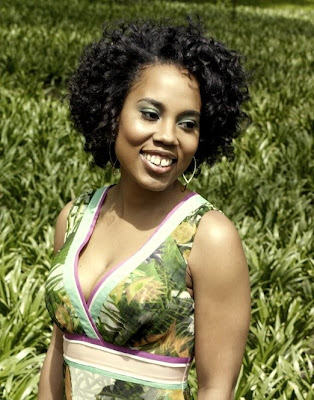 Wow…it’s only Tuesday but my Fly Female Entrepreneurs are making serious power moves this week! First Tori Nichel took home $25k by winning eBay’s Sellers Challenge and now this! Remember our girl, author (and undercover comedian) Mitzi Miller? Last time we featured Ms. Miller she was launching her new teen book, “What Goes Around” back in April. Well today, Variety announced that Gabrielle Union will co-star and executive  produce the upcoming Lifetime movie, “The Vow!”

What’s the connection you ask? Well, “The Vow” is based on Mitzi Miller’s 2005 novel she wrote with Denene Millner and ESSENCE Magazine’s editor-in-chief, Angela Burt-Murray. The movie is about three women who attend a wedding and all decide to be engaged within the next year. I had the pleasure of reading “The Vow” a couple years back and can honestly say, it was one of those reads I just didn’t want to put down. You know the kind…you’re on the A train headed into the city and get annoyed when your stop comes up because that means your reading gets interrupted! Yep, it’s like that.

Beyond my sheer excitement for Mitzi, I’m super impressed with the overwhelming amount of fabulousness assigned to this project: Nzingha Stewart, Tracey Edmonds and Sheila Ducksworth. Can you say dream team?!

I’m not a huge movie-watcher, but I’ll be checking this one out on premiere night for sure. And because we want to support Mitzi and make sure “The Vow” goes straight to the top, you can expect a reminder post from me in October prior to the release date. Tell a friend to tell a friend, ok?

Congrats on this great news, Mitzi. You continue to make us proud!