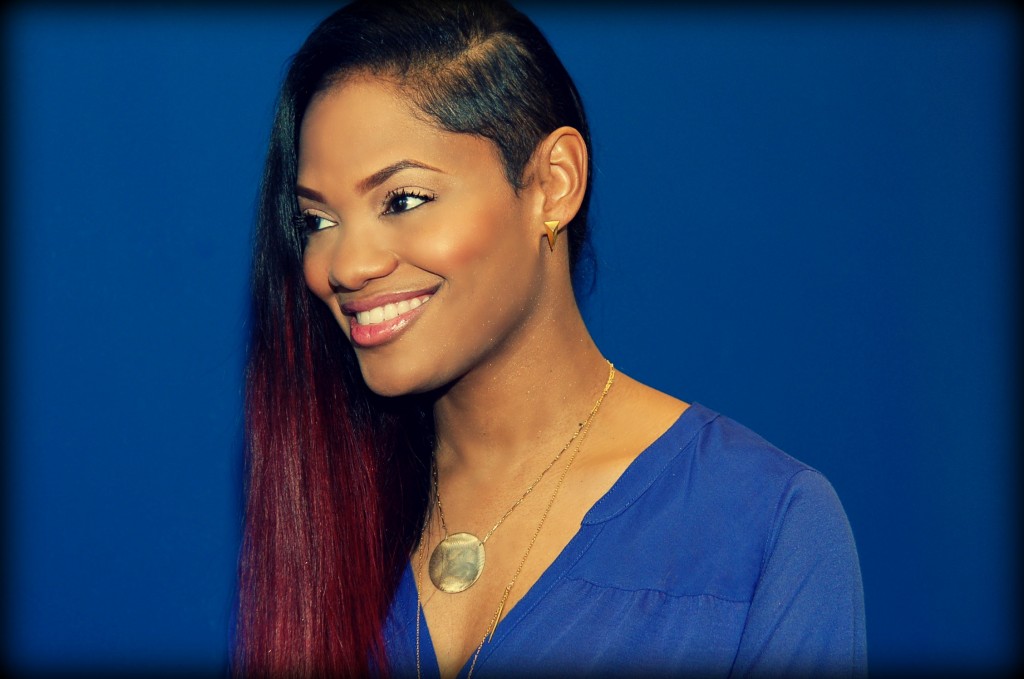 Today’s Fly Female Entrepreneur is none other than the gorgeous and beyond-talented Nzingha Stewart. As an award-winning director, Nzingha has loaned her skills to some of your favorite artists like Jay-Z, Common, Missy Elliot, Bilal, 50 Cent and Joss Stone. She’s also done some pretty impressive work in the film industry including a documentary with Michael Jackson titled “Our Icon” which aired on BET. Nzingha is currently gearing up for the world premiere of her much-buzzed-about romantic comedy, “With This Ring” this Saturday night, January 24th at 8pm ET/PT on Lifetime Television. It’s the small screen adaptation of Denene Millner, Angela Burt-Murray and Mitzi Miller’s book, “The Vow” and a movie that I’ve personally been waiting with baited breath to see. I had an opportunity to catch up with Nzingha before her big day to give us a sneak peek into her world as a director and future projects. Here’s what she had to say:

In Her Shoes: “With This Ring” is a true testament to the fact that good things come to those who wait. Back in 2009, I wrote a post about “The Vow” hitting the small screen. Fast forward almost 6 years later, we’re preparing for the premiere of its small screen adaptation,“With This Ring” on Lifetime, with you as the writer and executive director. Tell us a little bit about your journey on this project and how your involvement came to be:

Nzingha: The writers of the book gave Gabrielle Union a copy. She read it and came to me like “I really think you should create a treatment for this.” I did, we set a meeting with Sheila Ducksworth and Tracy Edmonds, pitched it to Lifetime and they LOVED it!

In Her Shoes: So what was going on between 2009 and 2014 when the project finally took off? Is that an abnormally long time for a film to come to life?

Nzingha: No, believe it or not, it’s not an abnormally long time. Sometimes it can be really fast (one year) but the normal amount of time from script to screen is seven years. It’s advised to have multiple irons in the fire so you’re always busy. This was an interesting process because we got the okay to write the script then we submitted it, everyone loved it, and we were ready to begin shooting. Six months into the project, the network changed direction and mandate which didn’t include a film like “With This Ring.” They wanted “ripped from the headlines” stories like Amanda Knox, Natalee Hollaway, and those kinds of movies. In August of 2010 they said they weren’t proceeding. We were disappointed but I still had a good feeling about this project. Every once in a while, I’d check back in to see if they were sure. Then in February of 2014 they called us out the blue and said they were ready…let’s go NOW, which is why you have to develop some fortitude to survive in this business.

In Her Shoes: Wow. Your industry certainly isn’t for the faint of heart.

Nzingha: During this process you absolutely have to love what you do. There’s NO feeling that compares to when I’m on set. Doing what you love most sustains you through the roller coaster of it all. You can’t get too attached because the project may or may not come to life but you also HAVE to be emotionally connected to it because people can “feel” it. 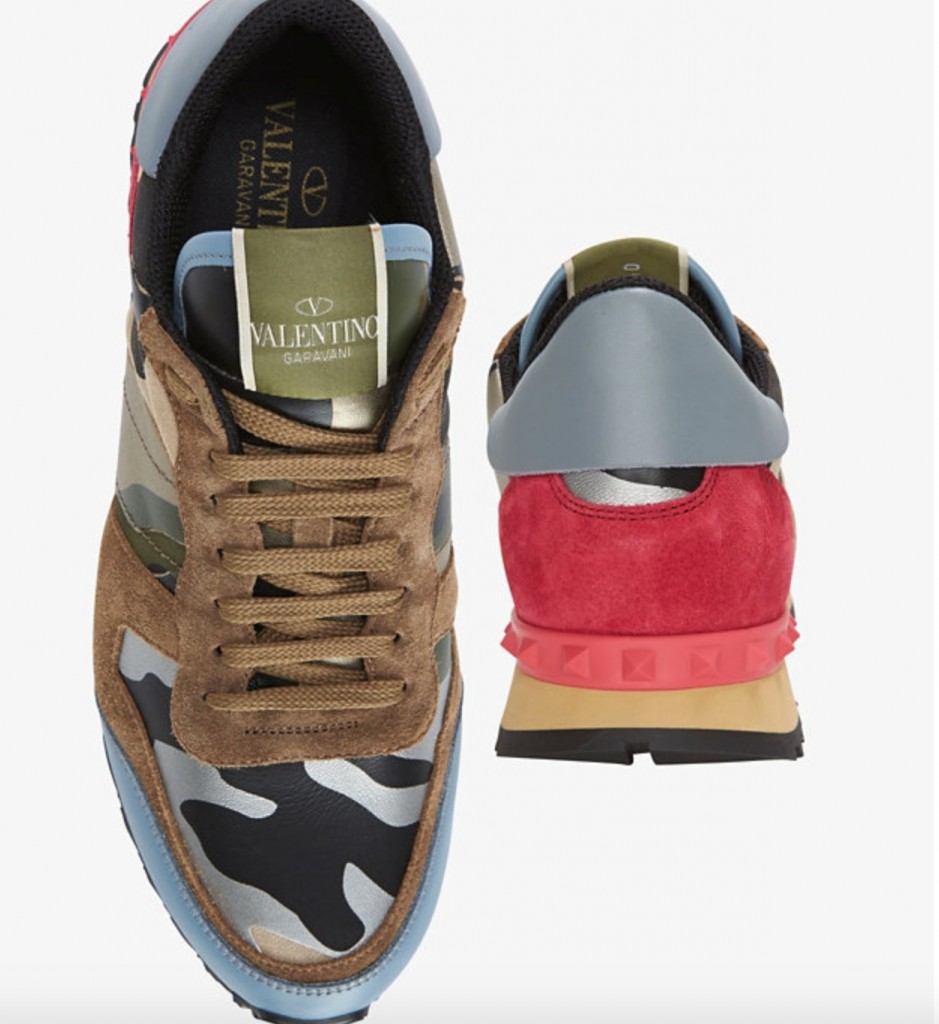 In Her Shoes: What is a day like in Nzingha Stewart’s shoes?

Nzingha: My days are always so different. The average morning as a director starts at 5:00 a.m. and we’re on set all day. The day can go for 12 hours but usually closer to 14 (or more). If you don’t love what you’re doing, you’ll just keel over but these are actually my FAVORITE days. Working with the actors, standing behind the monitor, interacting with crew members are my BEST days. Then there are times when I’m in house shoes writing all day. Pitch days are packed with meetings. There are one to two per week and they require fancy heels and confidence. These are the days I like the least. It’s an integral part of my job but I’m not a salesman, I’m a director – so I always feel out of my element. My comfort zone is on set communicating with a DP or with an actor. 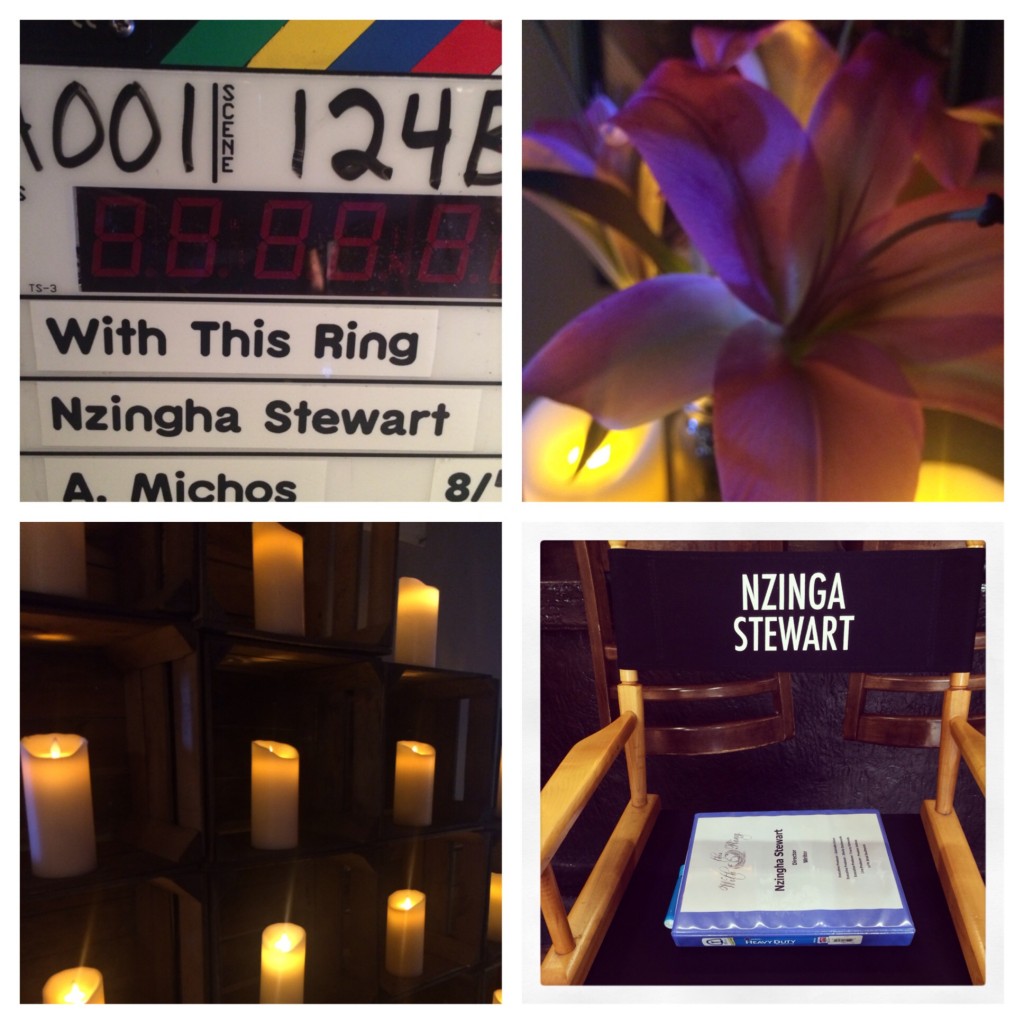 In Her Shoes: What are your thoughts on the state of reality TV today and how Black women are portrayed?

Nzingha: I can’t stand it. I do not sit in judgment of people who like it but these shows communicate the message that it’s okay to start throwing drinks in people’s faces when you’re upset. It’s not cute or acceptable.

In Her Shoes: What was the most challenging aspect of bringing “With This Ring” to life and how did you overcome it?

Nzingha: There are obstacles that come along with the life of a director that make projects challenging. Shyness is my obstacle. As a director you have to go into these Hollywood rooms and convince people to give you millions of dollars. People want to see CONFIDENCE. I’m a director and a writer…writers are solitary people so to build confidence, I have to say one of my favorite quotes over and over again (and out loud) on my way to a pitch to remind myself that I don’t need to be afraid of anyone: 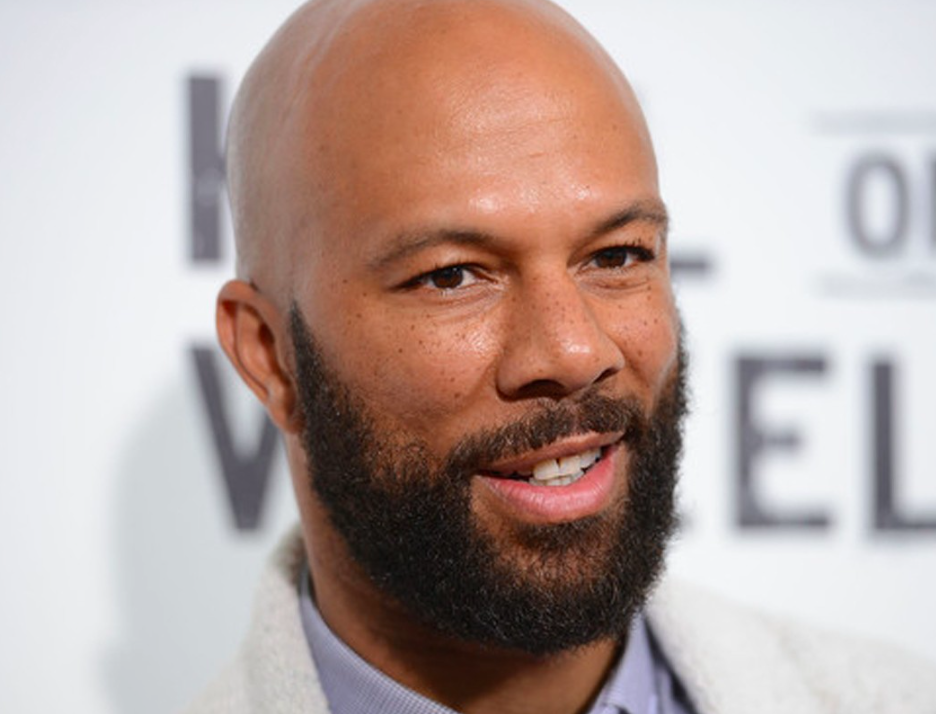 In Her Shoes: What was the “tipping point” in your career?

Nzingha: Directing “The Light” for Common then “Soul Sister” for Bilal. Those videos took on a life of their own so after these projects, I really started making my life as a director. 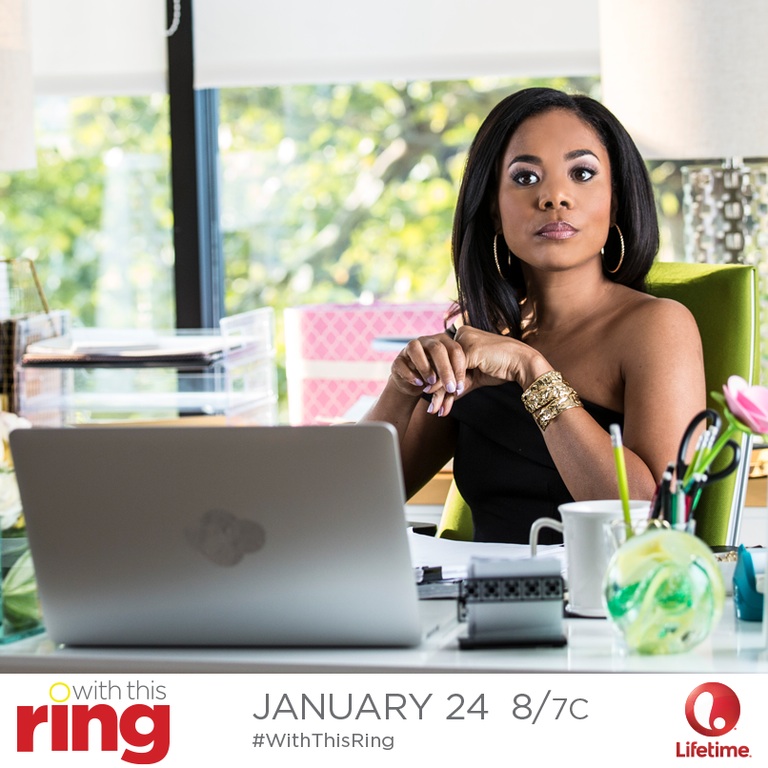 In Her Shoes: Was there anything about the story line that resonated with you and made you connect with the “With This Ring” project?

Nzingha: I had an agenda in writing this script. On the surface it looks like a movie about how to get married but it’s actually the opposite. I wrote it with the intention of telling black women that we don’t wait on anything to be happy…not 6 months…not even 10 more minutes. Many of us wait for a husband, relationship, car, or a job, until we can be happy. We can be happy now. What if it takes 10 years to meet your husband? Are you going to waste that precious time looking for happiness in someone else? There is a finite number of years you’re on this earth. I don’t want to see Black women spend 5 seconds longer waiting to be happy. Check in with yourself regularly. If you’re lonely then you need to ask why? Many of us are looking for external factors to make us happy. We need to stop.

In my opinion, the best way to communicate most messages effectively is through humor and in “With This Ring” there’s no better messenger than Regina Hall. The movie is working on you but you don’t even realize it because it’s so funny! This movie was crafted with love and hope that women get this message out of it and lead happier lives. 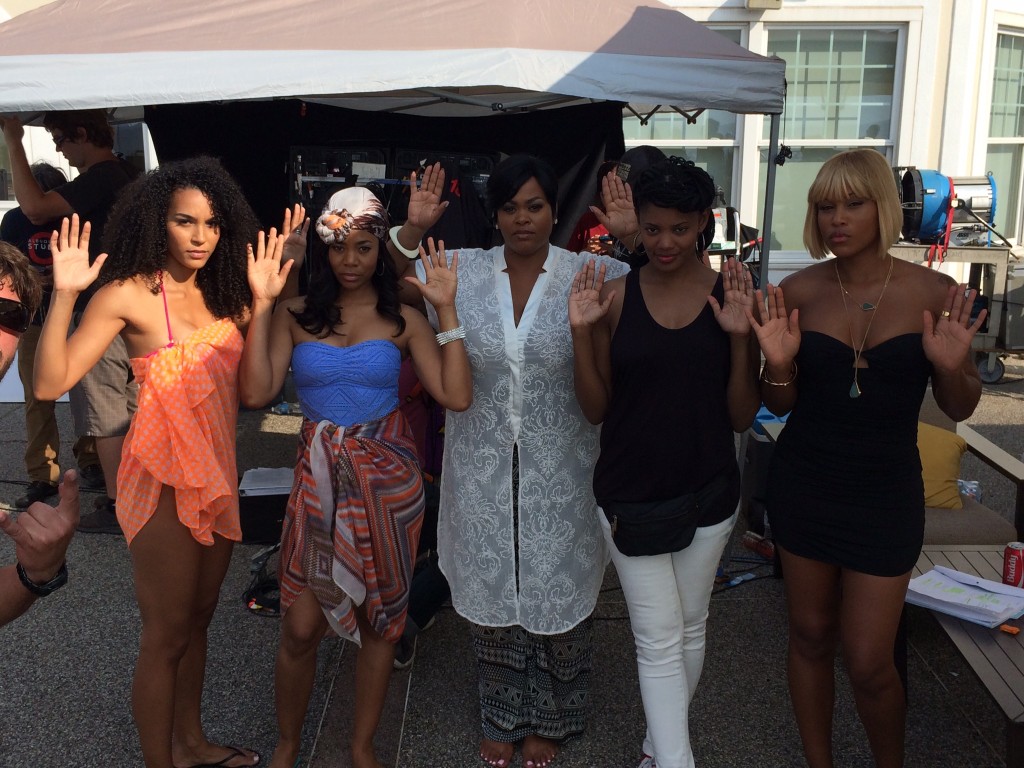 In Her Shoes: What is the BEST lesson you’ve learned in this business so far?

Nzingha: Somebody once said to me (and this is not an original quote) “In the end, it will all be ok. If it’s not ok, it’s not the end.” This is my favorite piece of advice because it reminds us that the story continues. 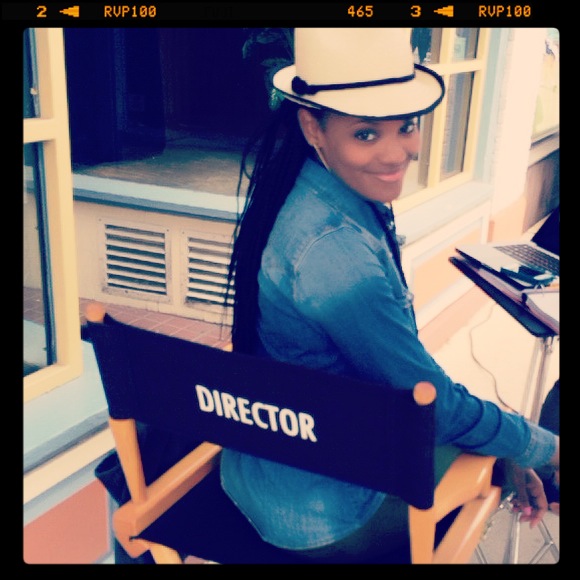 In Her Shoes: What’s next for Nzingha Stewart?

Nzingha: I’m writing for the Disney Channel and then developing a limited series (10-12 episodes) with John Legend and HARPO! When we were pitching the story I would look over at him thinking “wow, this is really John Legend.”  That’s all I can divulge about that project right now but know that I’m super excited!