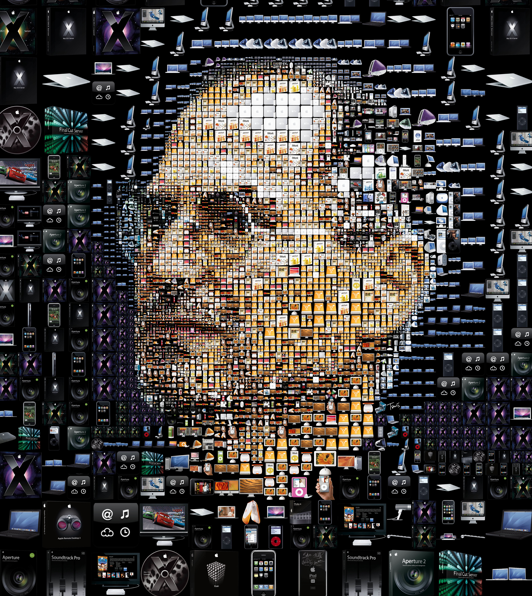 What a week! It’s not even Friday yet and already we’ve dealt with rumors surrounding Will and Jada’s split (insert collective sigh of relief here), an earthquake hit VA and was felt up and down the Eastern seaboard, then after an extended medical leave, Steve Jobs announced his resignation from technology giant, Apple. Whew!

Before I totally go in, did you know that Apple is the most recognizable brand in the world? Not in the country. The world! Over the past decade, I can honestly say Apple has become much more than a brand for me, it’s a lifestyle and somewhat of an addiction. As we speak, there are people walking around with brand new iPhone 4’s waiting with baited breath for the 5 to drop. I’ve said on several occasions that I would never, I repeat NEVER, go back to a PC as long as MacBooks were around. Every new product the brand introduces changes the game – again, and has consumers standing in line (sometimes overnight) like junkies just waiting to get a hit. Steve Jobs is the driving force behind Apple’s unrivaled success so to imagine him not being at the company’s helm is just insane.

Like many other knowledge-seekers on the net, I came across this amazing commencement speech Steve shared with Stanford University’s class of 2005. Drawing from the most pivotal moments of his life, he shares many jewels of wisdom that will undoubtedly inspire for generations to come. Here’s the statement that resonated with me most:

Your time is limited, so don’t waste it living someone else’s life. Don’t be trapped by dogma — which is living with the results of other people’s thinking. Don’t let the noise of others’ opinions drown out your own inner voice. And most important, have the courage to follow your heart and intuition. They somehow already know what you truly want to become. Everything else is secondary.

If you have a few minutes to spare, take a look at Steve’s thought-provoking Stanford University commencement speech and as he so eloquently stated “stay hungry. stay foolish.”