By In Her Shoes Contributor: Keyaira Boone, The C Letter

In Her Shoes 2017 Holiday Bazaar + “She Did That.” Sneak Peek from Renae Bluitt on Vimeo.

The location was Neuehouse, an opulent coworking space on Manhattan’s East Side. But instead of hoodie wearing tech bros and the financiers who keep them in Red Bull and Supreme caps, the room was comprised of Black women entrepreneurs and their enthusiastic supporters.

They had come to shop 27 Black women-owned brands and get a sneak peek of “She Did That.’  – the debut filmmaking project by Renae Bluitt, founder of Crush Media and In Her Shoes Blog. The film is a documentary that offers a glimpse at some of the real experiences behind the sensationalized statistics surrounding Black women and entrepreneurship. 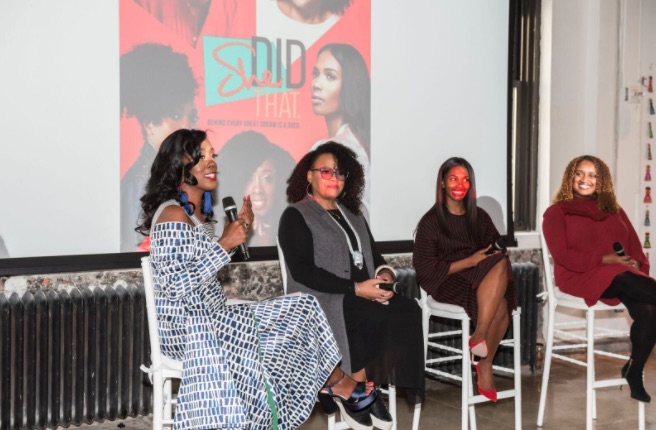 “It means that a woman has achieved a certain level of success” said Bluitt, explaining the meaning of the complimentary phrase. “She could have run a marathon or cooked an awesome meal for her man. Or, she could be building a brand like these women here.” As she spoke her audience nodded knowingly many of them having used the phrase to compliment one another’s accomplishments.

Before introducing the film, Bluitt shared that while it had received positive reviews in other cities, she was excited and nervous to share it in New York. “There’s something about sharing your baby with home. You guys are a tough crowd.”

Following the sneak peek, two of the film’s stars Lip Bar founder Melissa Butler and Carol’s Daughter founder Lisa Price were joined by Essence Vice President of Brand Marketing, Cassandre Charles, for a panel led by Bluitt. Panelists discussed their backgrounds, their personal definitions of success, and concessions that they weren’t willing to make in the pursuit of coins. 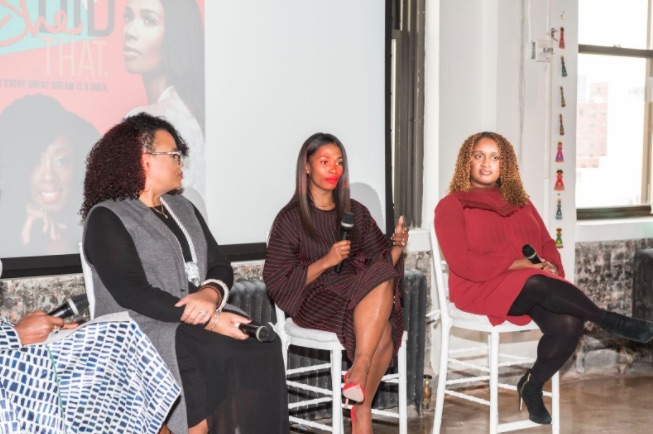 “I look at success as a place that I can be true to why I started the brand,” said Butler. “As I grow, people try to change the vision.” She made it clear that she would not be deviating from her goal of challenging the beauty standard,  sharing that her stance was now “either you’re going to jump on my train or you’re not.”

Charles shared that her view of success included asking herself “Is my daughter thriving? Are my aging parents taking care of?”

The women also addressed the unrealistic expectations that have arisen with the uptick in circulation of “boss babe” selfies. “I see a lot of people doing 9-5 shaming,” said Butler, a former Wall Street employee who would rush home from work to test lipstick recipes on her kitchen stove. “A lot of people are leaving their jobs chasing this ‘idea’ of entrepreneurship.”

Charles pointed out that it’s possible to achieve greatness while still being employed elsewhere, reminding the audience that Bluitt herself used to work at ESSENCE while nurturing her various side hustles. “I feel like a proud parent. One of our ESSENCE babies has grown in this big, beautiful way.” The panelists all agreed that as long as an entrepreneur is working towards their goals the pace doesn’t matter. “It doesn’t actually have to be running, you can at least be jogging” said Butler. 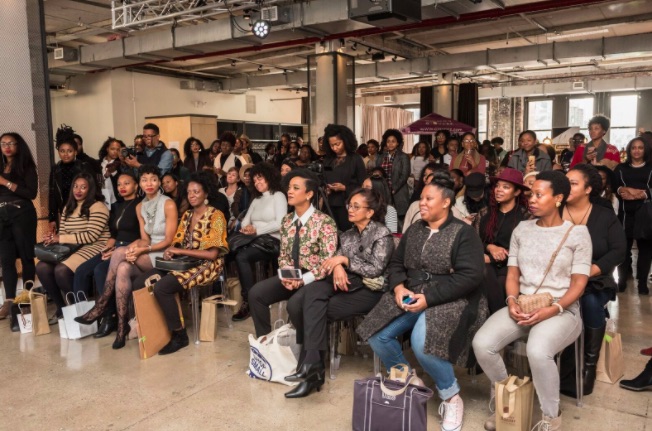 Price reminded attendees that while it looks glamorous, entrepreneurship is about putting yourself out there and can sometimes come with insecurity. Even as the founder of one of the nation’s most respected beauty brands (according to Black Enterprise Carol’s Daughter was reportedly doing nearly 30 million dollars in sales annually before it was acquired by L’oreal), she was still ashamed about not excelling in college. She said that while it took her a while to get through that shame, “It doesn’t embarrass me anymore it’s just apart of my life.” She also shared that when it comes to her own children, she affords them “the freedom to screw up because we don’t give each other that.”

In the film she details how clear it was made to her that she would have to work twice as hard due to her race and sex because the expectation was that she would be “late” and “sloppy.” 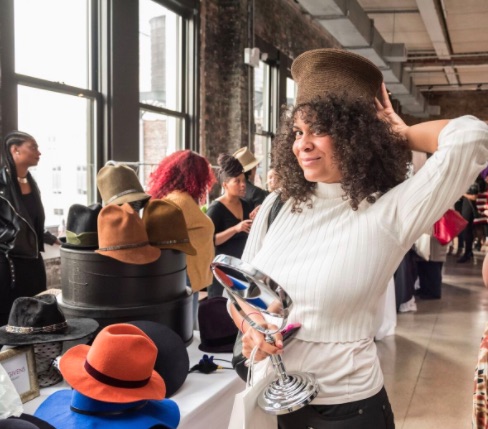 The event wasn’t just a film screening, it was also a holiday shopping bazaar giving attendees an opportunity to put their money where their #blackgirlmagic hashtags are. 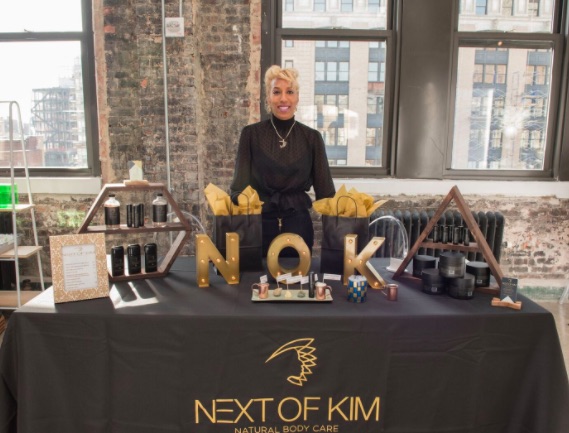 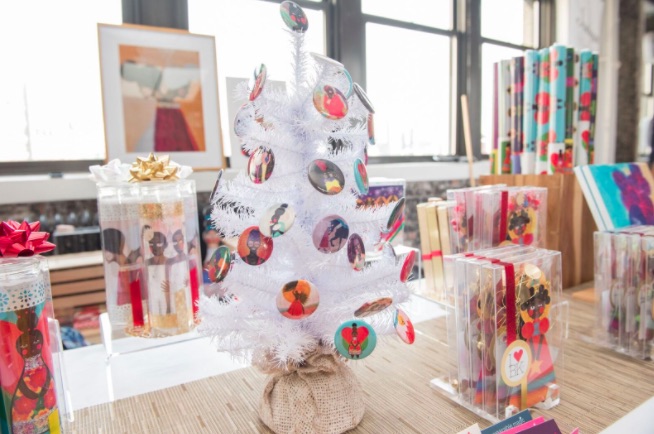 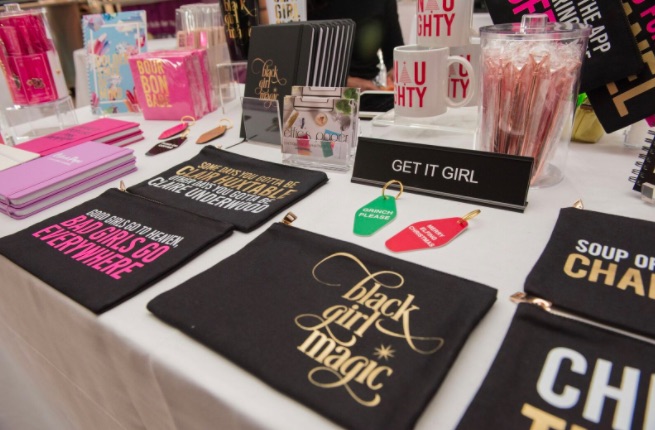 The Lip Bar and Effie’s Paper offered a variety of goods on curated tablescapes. Their presentations featured gems, tinsel, and elaborate acrylic displays. Sponsor EDEN BodyWorks even provided a beautiful chocolate fountain to highlight the table full of samples from their new Almond Marshmallow collection. 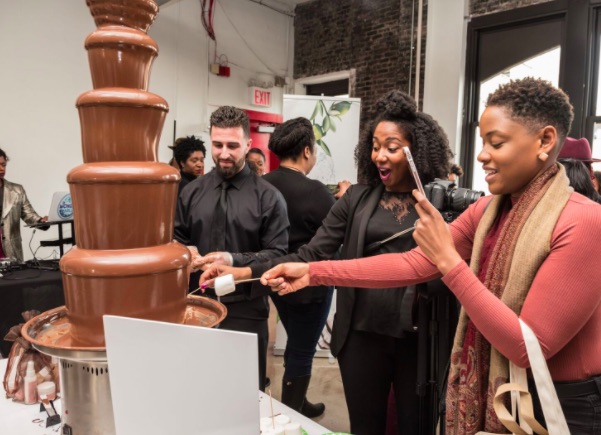 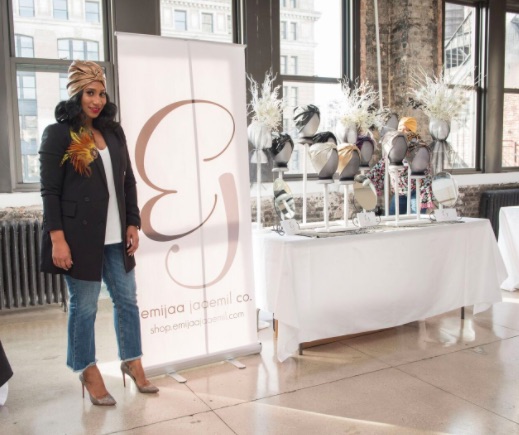 Jersey Girl and digital influencer Christina Bright who recently appeared in Spike Lee’s “She’s Gotta Have It” was there living her best life with TV host & producer, Kela Walker. 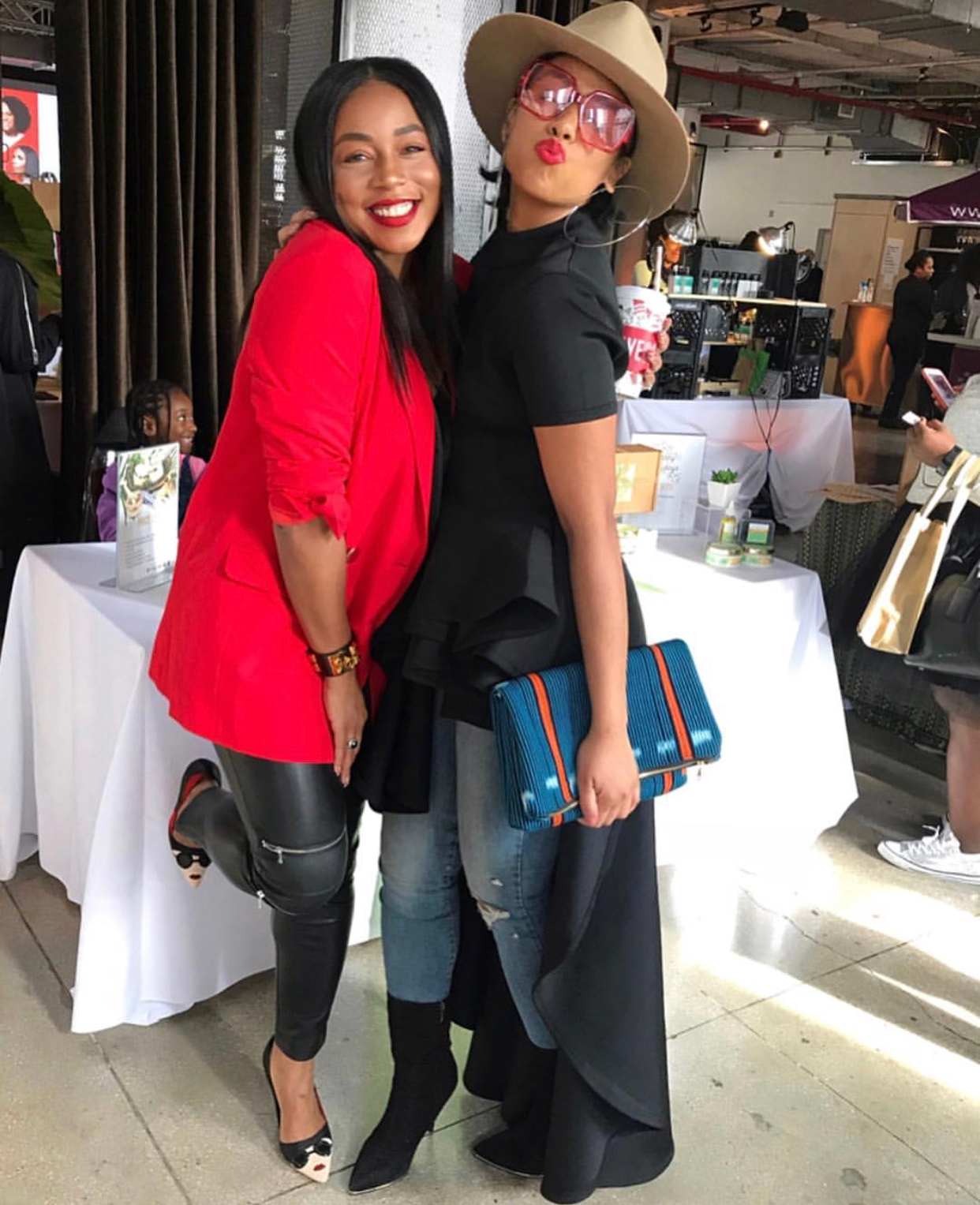 While they were there to sell their own wares, the vendors supported each other as well. Uchenna Ngwudo of the celebrated accessories company Cee Cee’s closet purchased two pair of Tnemnroda shades while the brand’s founder purchased a leather handbag and wrap from her line. 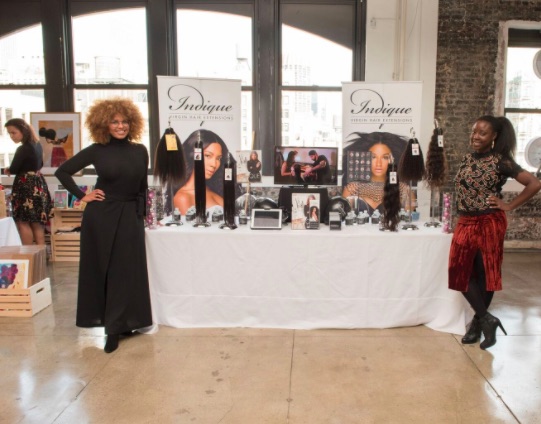 Indique Hair’s co-founder, Ericka Dotson (pictured left), even flew in for the weekend to join the festivities.

It was a day of doers, dreamers, and the bonds that allow them to flourish. 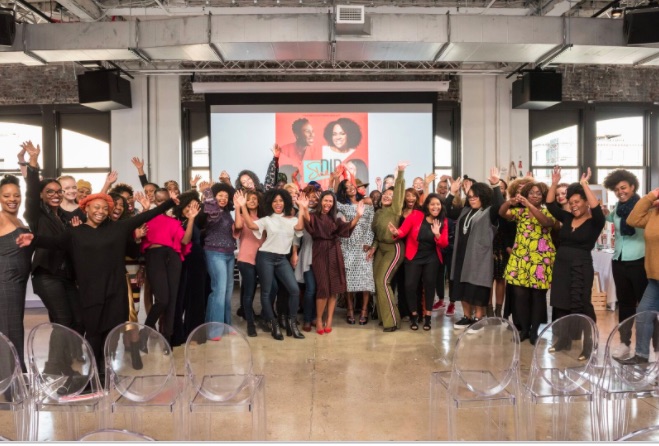 For more information on the brands featured at this event check out the 2017 In Her Shoes Holiday Shopping Guide featuring 75 Black women-owned brands to know, love, and support.

← Previous Story In Her Shoes Holiday 2017 Gift Guide: 75 Black Women-Owned Brands to Shop
Next Story → 5 Holiday Makeup Tips To Love This Season & Beyond