Q: What’s better than finding out that the highly-respected New York Times Gift Guide is paying homage to entrepreneurs of color?

A: Realizing that your favorite twin designers (no, not the Olsens) are part of the highly-coveted line up. Ayaan and Idyl Mohallim, founders of Mataano, are still relatively new to the fashion industry but have already captured the attention of several media giants including the queen of all media, Oprah Winfrey. In Her Shoes featured the two lovelies as Fly Female Entrepreneurs back in April so as you can imagine, I’m happy to see that their brand is continuing to gain momentum!

Ayaan and Idyl Mohallim, identical twins, are the creative force behind Mataano (which means “twins” in Somali). Their designs are infused with their East African and American heritage. If you’re looking for a special gift that expresses sophistication, culture and style, a Mataano piece is a good bet. 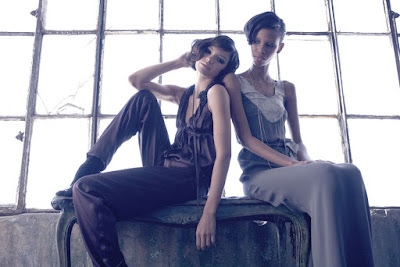