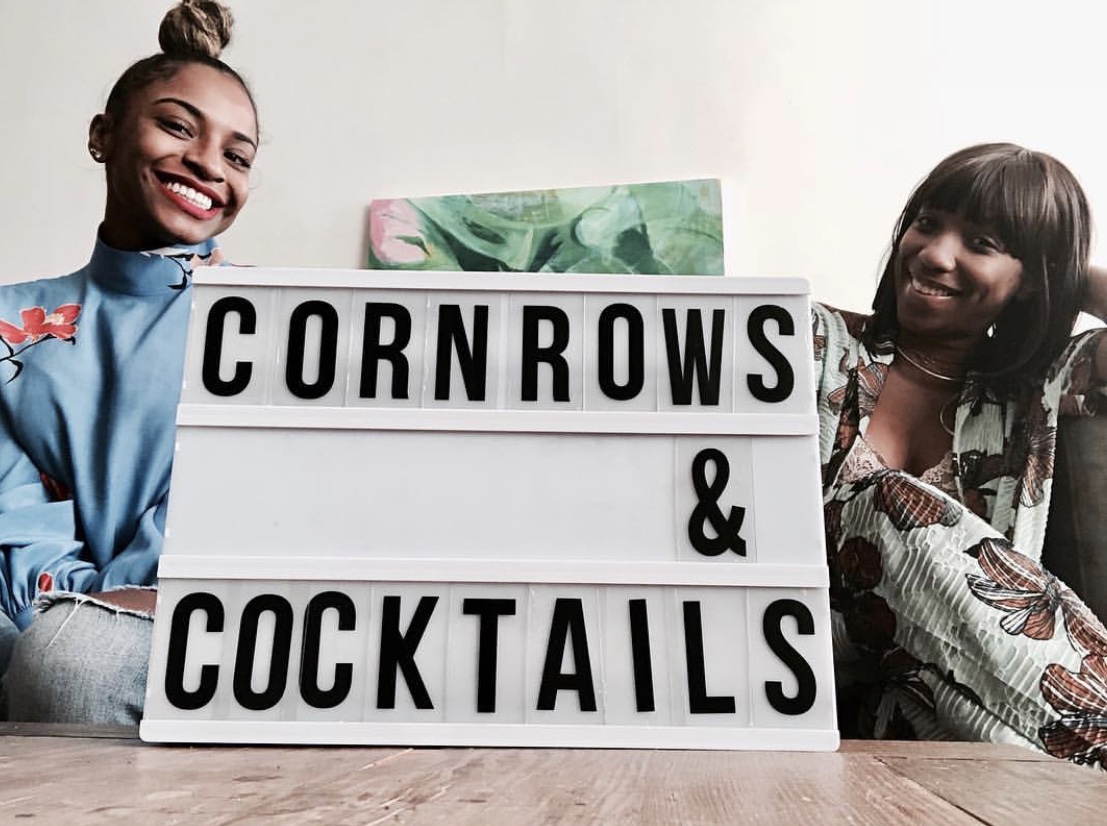 Earlier this month, I had the honor of being a special guest at the first installment of an event series that I’m sure you’ll be hearing about a lot in the coming weeks. It’s creatively titled #cornrowsandcocktails and it’s a conversation for brown girls curated by Denequa Williams of Lit Brooklyn and Brianna Owens of Spiked Spin.

We’ve seen all the hash tags like #womensupportingwomen, #strongertogether, and #collaborationovercompetition, but how many brand builders do you know putting real work behind their Instagram intentions? Denequa and Brianna are doing just that, and creating space for us to have real conversations that dig a little deeper and bridge the gaps between women in our community that still exist, even in the time of #blackgirlmagic. Take a comfy seat, grab your favorite beverage, and learn more about how two girlfriends and highly respected boss babes are making collaboration the new competition:

In Her Shoes: Congrats on the success of your first installment of #cornrowsandcocktails! Tell us briefly how you came up with the concept for this event:

Briana: The event concept came organically out of a conversation I had with Denequa. I was looking to get my hair braided for an event and when I texted Denequa asking if she could braid, she said no. I was honestly shocked because not only could Denequa not braid, none of the girls in my circle, nor my mom could. I jokingly told Denequa, “I need more Black friends” which is obviously a stereotype that Black women can do hair, especially braids — and that’s how it began. Denequa polled her IG following and found that half of the women who voted also could not braid. From that one text conversation, we began to further discuss all of the stereotypes associated with Black women, with hair often being the root (no pun). As we further discussed the topic, we felt this was an important conversation that should extend beyond our text conversation to a dialogue with others. We didn’t know what the event would be but we knew it was an opportunity to bring people together to shatter stereotypes and to foster better relationships and support among women. 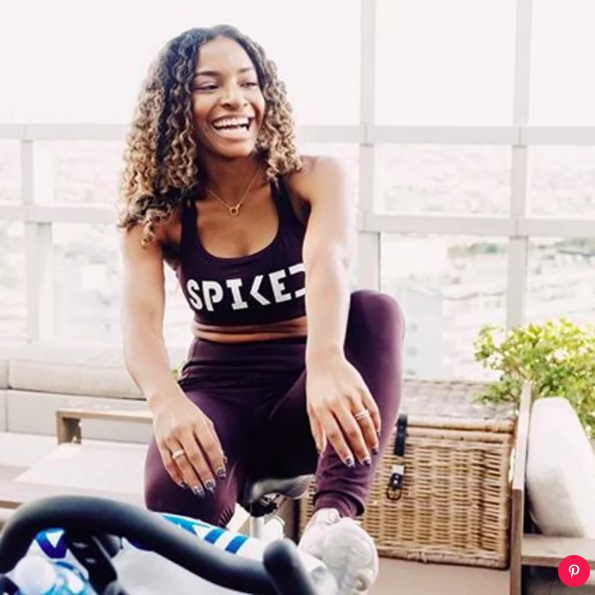 In Her Shoes: I’m seeing and truly appreciating the increasing number of brand builders taking on a “collaboration over competition” mentality. Denequa, what is it about Spiked Spin that made you want to align with Lit Brooklyn?

Denequa: I love Briana, and that’s just it! I see myself in her, she’s a natural born hustler. She just gets it! She understands the importance of working hard, looking at the bigger picture and focusing on the things that truly matter. She is a striver, she matches my drive, and doesn’t believe in NO. Although we are in two different fields – her, fitness, and myself, luxury home goods – there are so many commonalities with our business as far as our core values go. So working together was a no-brainer, it was bound to happen. 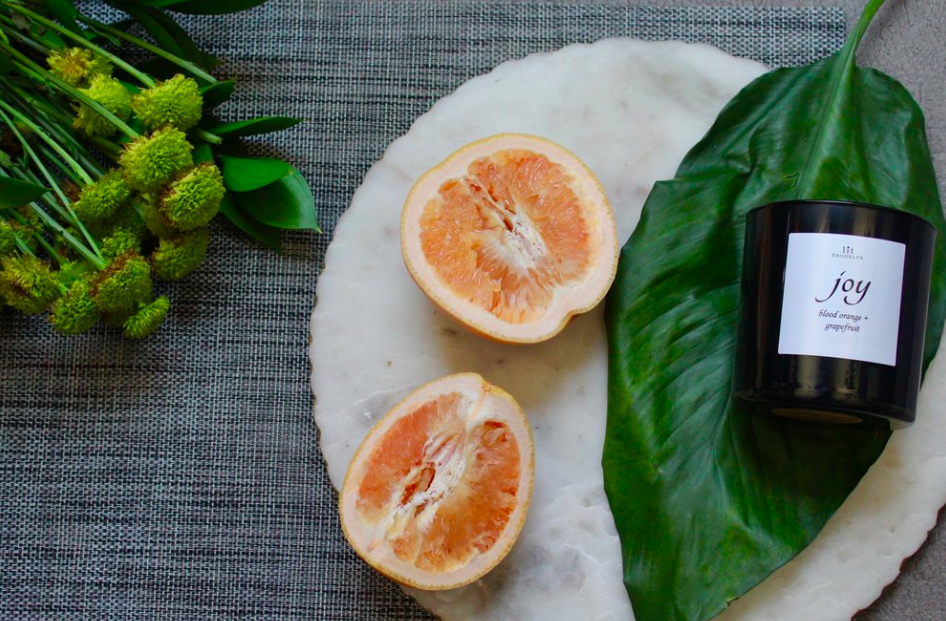 In Her Shoes: Briana, what draws you to Lit Brooklyn for collaborations?

Briana: Honestly, Denequa! While in it’s current state, my company is considered a “small business,” however my vision and goals for the brand are of the largest magnitude, and I like to conduct all business in a way that aligns with the goals, not the present state. Denequa has the same energy! She operates in excellence and hard work, not only in her business, but in her relationships with people, and how she conducts herself. For me, that is attractive for collaboration because I know she is willing to put in the work to achieve excellence in the same way that I do. In other words, our energy, drive, and positive approach to give excellence to the world ensures a positive return on everything we touch. 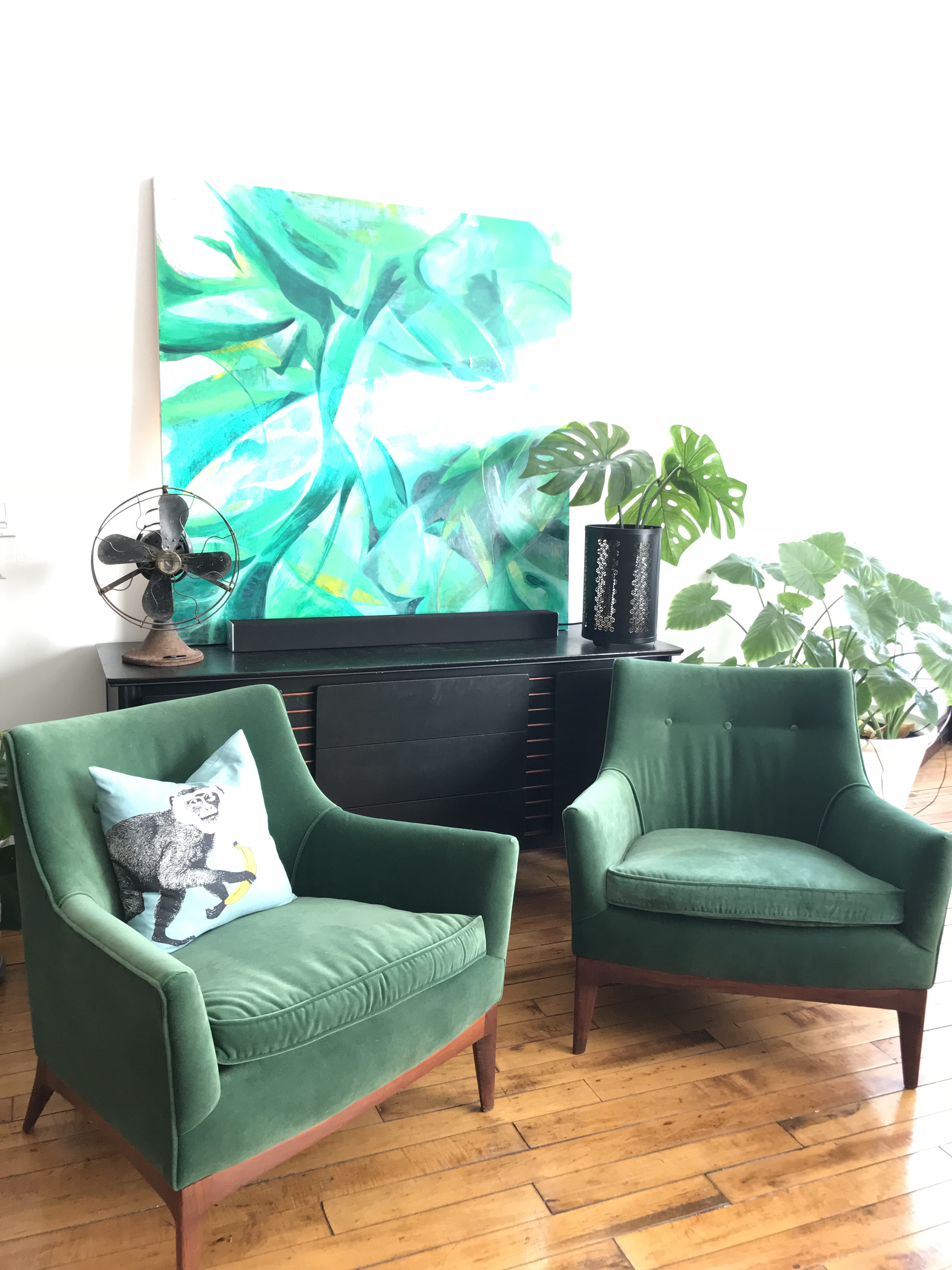 In Her Shoes: #cornrowsandcocktails was hosted at Shell’s Loft in Clinton Hill which is a gorgeous and cozy space owned by Shell Martinez, another woman of color. There seems to be tons of synergy between your brands and Shell’s approach to building and empowering our community. Please elaborate on this a bit and why this was so impactful as you planned your first event.

Denequa: The funny thing is we posted the event invitation with no location, we just included Brooklyn on the flyer. We knew that we had about two weeks to solidify a space but we also knew it had to be right. We began to looking into spaces, and there were a few that were ok, but we held out. We were waiting for something that felt right. A place that represented our style and the vibe of our brands. We prayed on it.  We ended up being recommended to check out Shell’s Loft from Michelle of ourbombdotcom! Of course, when we contacted Shell, she told us the space we were recommended was booked for the day (stressed) but she had a smaller space we could see. We arranged to see her place and from the walk-in, we knew it was the one! What made the space even better, beyond the perfect decor, and inviting feel, Shell began to share with us all about her goals to empower more women of color, and build within the community. Going back to my earlier point, our energy and intention was so aligned that the venue was a return on that positivity. It was meant for us! 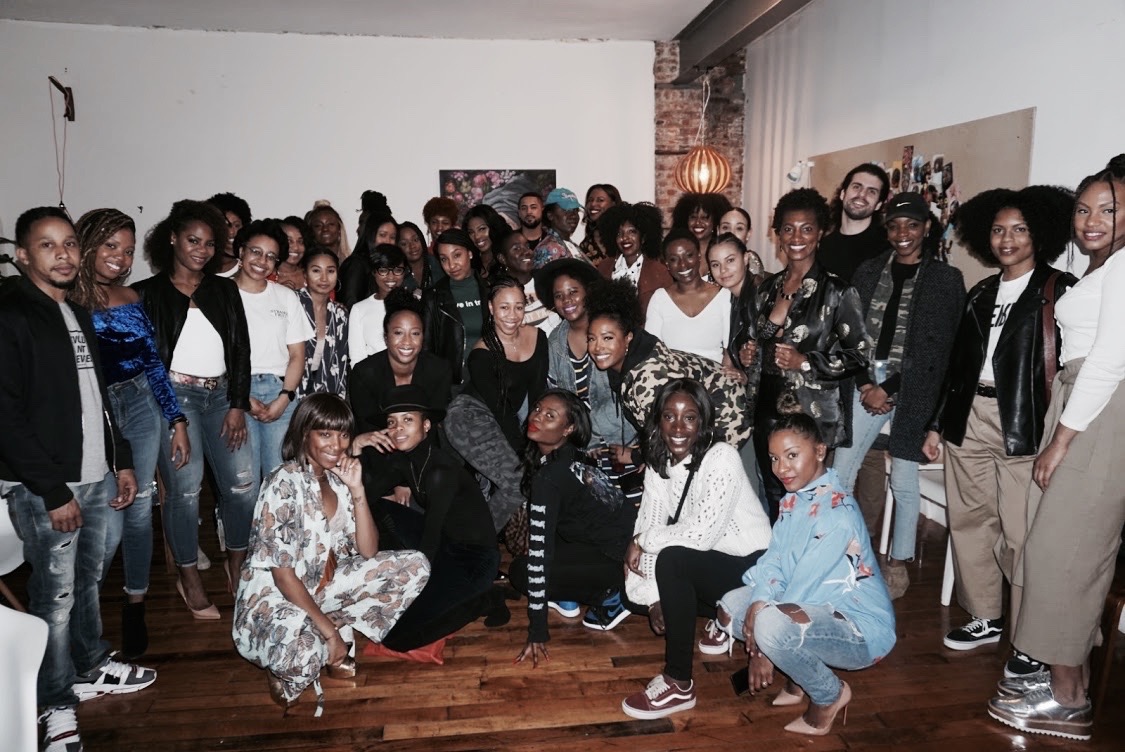 In Her Shoes: What do you want #cornrowsandcocktails guests to walk away with after your events?

Briana: As Black women, we carry many stigmas from what people think of us, but also what we think about each other, and ourselves. It’s important that as people (men and women) we begin to confront these issues in order to break them down and overcome. We want people to walk away acknowledging their differences, but also accepting other people as they are and not allowing the differences to be an excuse or barrier to not collaborate or support.

In Her Shoes: What were some of the most important learnings or takeaways from your first installment?

Denequa: The most important takeaway was that this conversation is needed. Even with all of the #BlackGirlMagic that is celebrated, there are still many barriers that stop Black women from truly sharing, supporting, and being vulnerable with one another. Another takeaway is that we definitely need to target more men for this event because their opinion and voice matters.

In Her Shoes: When is the next installation of the event and what can guests expect this time around?

Briana: May! For the next event we’ll definitely have more men in the room. There will be more ice breakers, and a few surprises! We’re taking the event on the road to converse with people in other cities, and potentially a podcast.