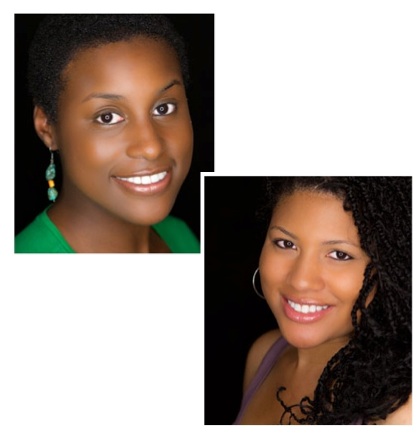 Any web series that can hold my attention deserves to be applauded. As a woman who probably averages a whopping hour of television per month, I was pleasantly surprised when my sister introduced me to “The Misadventures of Awkward Black Girl.” Issa Rae and her brilliant team of diverse talent serve up the perfect dose of humor, wit, sarcasm, and the ability to laugh at life’s most painful moments. As the show’s tagline reads “We’re all awkward in our own way; it’s natural.” Unlike the typical reality TV story line, there’s no cat fighting, name calling, or gaining popularity from your “celebrity” boyfriend here. Just raw humor and LOL’s to brighten up even the most stressful day. Cozy up to your computer and get to know Issa Rae and Tracy Oliver, the creative visionaries behind “Awkward Black Girl,” one of the web’s most buzzed about series:

In Her Shoes: For readers who may not be familiar, please describe ABG Twitter style (140 characters or less):

In Her Shoes: Just last year, our beloved ABG was in financial jeopardy but thankfully, you pulled through with help from your loyal fans! What tips can you share with financially challenged entrepreneurs who may be considering closing up shop?

Issa: I can only speak for entrepreneurs who are on the creative struggle but, I am all for creating on little-to-no budget. I always tap into resources that are available to me and I write scenes I can afford. While these constraints may seem like they inhibit the writing/creative process, they actually do the opposite. Working with no money actually forces you to be creative. If you’re thinking about closing up shop, I hope it’s because you’ve exhausted everything that is free and readily available to you. 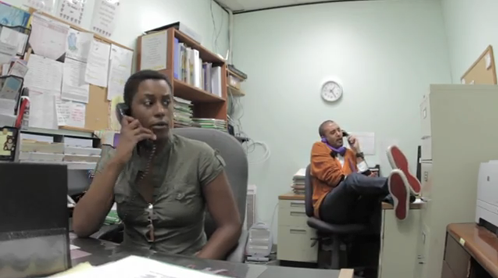 In Her Shoes: Your team does an excellent job of engaging viewers via social media. What advice would you give a fellow filmmaker or actor looking to build a following with Facebook or Twitter?

Tracy: Social media engagement is a two-way conversation.  I think a strong way of building a following is by making your audience feel like their voice is being heard.  A great site is like a great date—both parties are contributing to each other.  We use our social media to reach out to our fans and engage them in conversation, listen to their thoughts and ideas. We do this frequently through contests, polls, and asking fans to contribute their own awkward moments.  In effect, we’ve essentially created a forum for awkward people all over to connect with each other and share their thoughts and reactions to the show.  In return, we respond to their thoughts and try various ways to keep them interested and engaged.

My advice for a fellow filmmaker and/or actor would be to become an expert in something. With so many people with blogs and websites now, you have to find something that distinguishes you from everybody else.  Ask yourself, “What is unique about me?  What can I contribute?”  Once you figure out your focus, start sharing it frequently so that you can establish yourself as someone who is knowledgeable in that area. 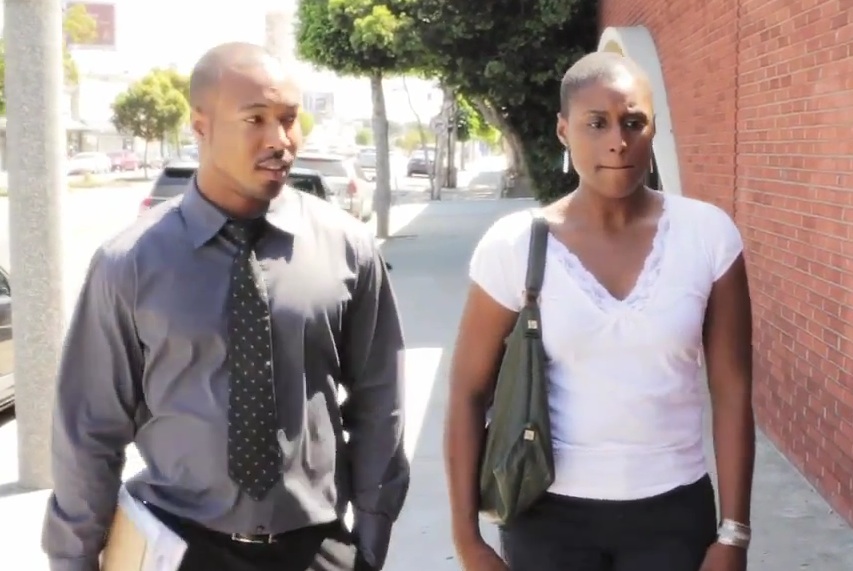 In Her Shoes: Many people may not know this, but ABG is actually your third web series. Tell us a little bit about your other projects:

Issa: My first series, “Dorm Diaries,” was a comedic, faux documentary about what it’s like to be a black student at Stanford. It was a portrayal of the various archetypes I frequently came across during my time there. It was extremely amateur, but from what I hear, prospective students use it to gauge what their experience will be like at Stanford.

My second web series is called “Fly Guys present The F Word” and it is a satirical mockumentary about a hip-hop trio trying to make it in the music industry, pretty much by any means necessary. All series can be found at IssaRae.com.

In Her Shoes: Before the success of ABG were you met with skepticism? If so, how did you overcome it?

Issa: Most of the skepticism I received was for the use of “Black” in my title. People thought that by labeling the show with “Black” in the title, that I’d be driving people away and limiting myself. While I can understand this reasoning, I didn’t want to omit a character trait JUST because it makes some idiots feel uncomfortable. The show is meant to be universal and specific, all at the same time. 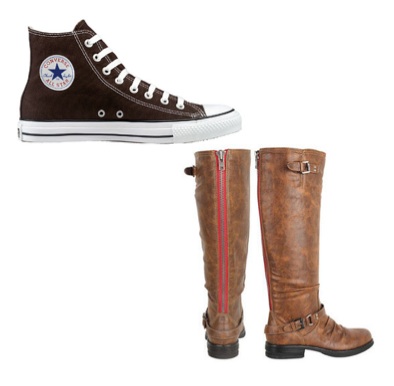 Issa: I make a LOT of to do lists. When I’m not on a shoot, a day for me now consists of handling merchandise orders, preparing and scheduling shoots for the various projects I’m working on, writing, responding to e-mails, working (and procrastinating) with social media and trying to keep up with current events.

Tracy: The wonderful (and scary!) thing about this business is that every day brings something new and different, though there are definitely some constants. First, I wake up every morning and vow to eat healthy and get in some exercise that day, though most days I fail miserably in that area.  Second, I check all personal and business emails and spend an hour responding to them.  Throughout the day, I usually have several meetings scheduled. This primarily includes Issa and Shea Vanderpoort, our cinematographer, who also occasionally directs our episodes.  In addition to producing, I also write for the series, so I also write scenes for different episodes.  Lastly, I send my writing to Issa or someone else I trust for feedback.  When I’m not writing, I’m in producing mode, which means I’m planning and scheduling our actual shoots, coordinating with actors and crew, finding our locations, as well as casting for guest roles and hiring additional crew. 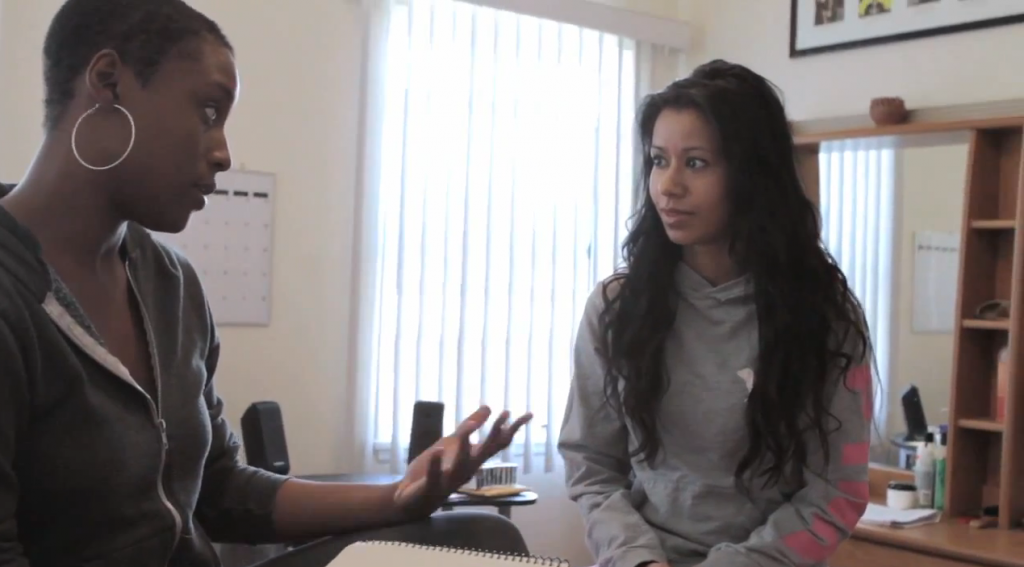 In Her Shoes: What has been the biggest lesson you’ve learned through ABG? Would you do anything differently if you had the opportunity?

Issa: I think the biggest lesson making the series has taught me is that people will support what they want to see and that there are TONS of people feeling the void in mainstream media’s lack of dimensional diversity. If I could do anything differently, I would do a better job of implementing a social media strategy early on. 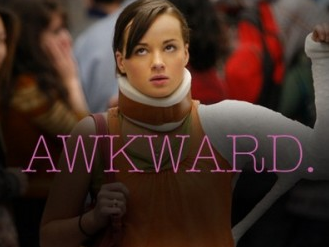 In Her Shoes: What do you think about the similarities between ABG and MTV’s “Awkward”?

Tracy: When I first heard that MTV was doing a show called “Awkward,” I was initially crushed.  I thought the awkward moments in our series was its strongest selling point and I was bummed when I realized that someone else had beaten us to it.  However, after watching the show, I realized that ABG still has a strong purpose in the marketplace because our audience is an entirely different demographic than the one on MTV.  By virtue of us featuring a dark skinned black girl with natural hair in the lead, we are catering to a more diverse audience.  In addition, our humor and writing style is different from “Awkward.”  We’ve basically combined the sensibilities of shows like Seinfeld, Curb Your Enthusiasm, and The Office with unique situations that African-American women can relate to, such as dealing with ignorant comments made about our hair.

Despite the title and some of the similarities in the show on MTV, we feel that both shows can co-exist and be appreciated in their respective demographics and target audiences. 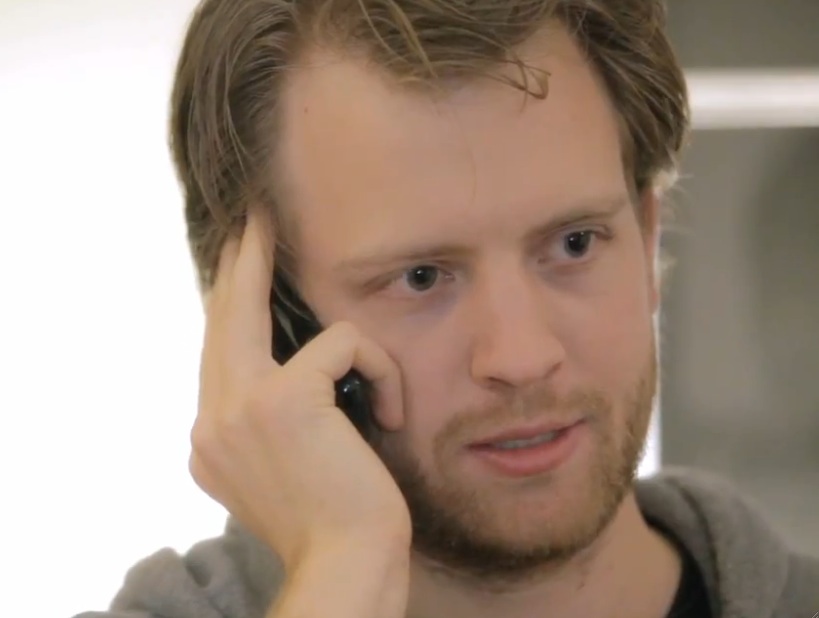 In Her Shoes: I know you can’t divulge too much, but episode 11 was a serious cliffhanger.  What can we look forward to in the season finale?  Is White Jay getting kicked to the curb?!

Tracy: You can look forward to a decision between White Jay and Fred, a very cool date scene, and a surprise celebrity cameo.  You know I can’t reveal what happens to White Jay! 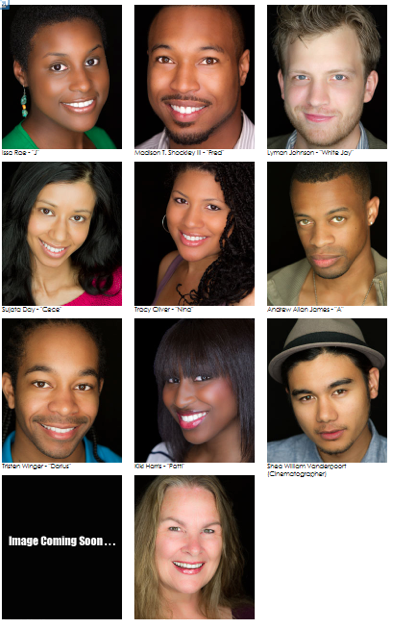 In Her Shoes: What is your ultimate dream for ABG and what steps are you taking to bring this dream to life?

Issa: My ultimate dream would be to have a large audience of all races and ethnicities and for this series to spawn more opportunites for creators and actors of color in mainstream media. I’m actively trying to make this happen by staying true to my vision and continuing to create.

In Her Shoes: Any final thoughts?

Tracy: Season one of ABG has been an amazing and unexpected experience!  We never expected a year ago to be where we are with the show.  There have been too many moments to name where I’ve felt really blessed to be in this position, working with people I love on a project that I love.  I love that we’re giving people like us something to look at that shows a different side of the black experience.  I love that we’re telling awkward people of all backgrounds that it’s okay to be awkward and/or nerdy.  Issa and I truly do appreciate the fans and we love meeting them when we travel on the college tour.  At the moment, we’re not sure what Season 2 is just yet, but we hope to duplicate season one in terms of laughs and good reviews and hopefully hitting one million views.

Issa: ABG finale on Thursday, January 12th! Hope you tune in! Thank you!

← Previous Story Color Me Awesome
Next Story → Be the Change: Loza Maléombho