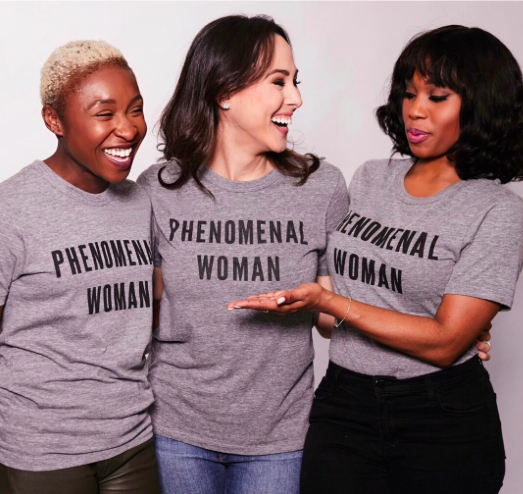 What happens when fashion, feminism, and philanthropy collide? Meena Harris’ “Phenomenal Woman” campaign, inspired by the illustrious Maya Angelou’s iconic poem is born. I’m sure that by now you’ve seen countless celebs like Issa Rae, Tracee Ellis Ross, and Viola Davis rocking this bold statement tee with pride and for good reason. 100% of the proceeds will be donated to Emerge America, EMILY’s List, Essie Justice Group, Girls Who Code, NARAL, Planned Parenthood and The United State of Women. For those of you curious to know how Meena conceptualized and executed this revolutionary campaign with such impeccable timing, we’ve got the inside scoop for you right here:

In Her Shoes: What inspired the launch of the “Phenomenal Woman” campaign?

Meena: Coming out the presidential election, a lot of us were obviously feeling defeat and experiencing grief. But I still woke up the next morning having confidence that, even though we may have lost, we wouldn’t be deterred. Most of all, I knew that we as women are strong and resilient — and we are phenomenal! I wanted to expand my t-shirt brand post-election, to create a unified and empowering identity for the new wave of activists that have risen up, while also honoring the women who came before us. One of those women is Maya Angelou, and her poem Phenomenal Woman inspired the words that I now wear proudly. 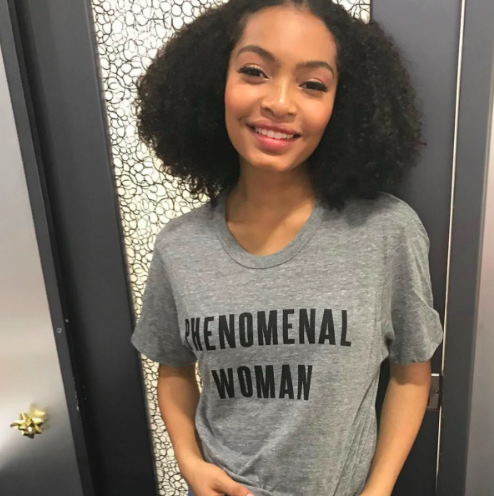 In Her Shoes: How long did it take you to get the campaign up and running from conception to execution?

Meena: It all happened very quickly, in large part because of the momentum coming out of the election and the Women’s March. I printed a sample batch of t-shirts at the end of January, and our big launch was March 8, International Women’s Day. On that day alone, we sold 2,500 t-shirts, and during the first two months of the campaign, we sold nearly 8,500 tees to benefit our seven non-profit partners. 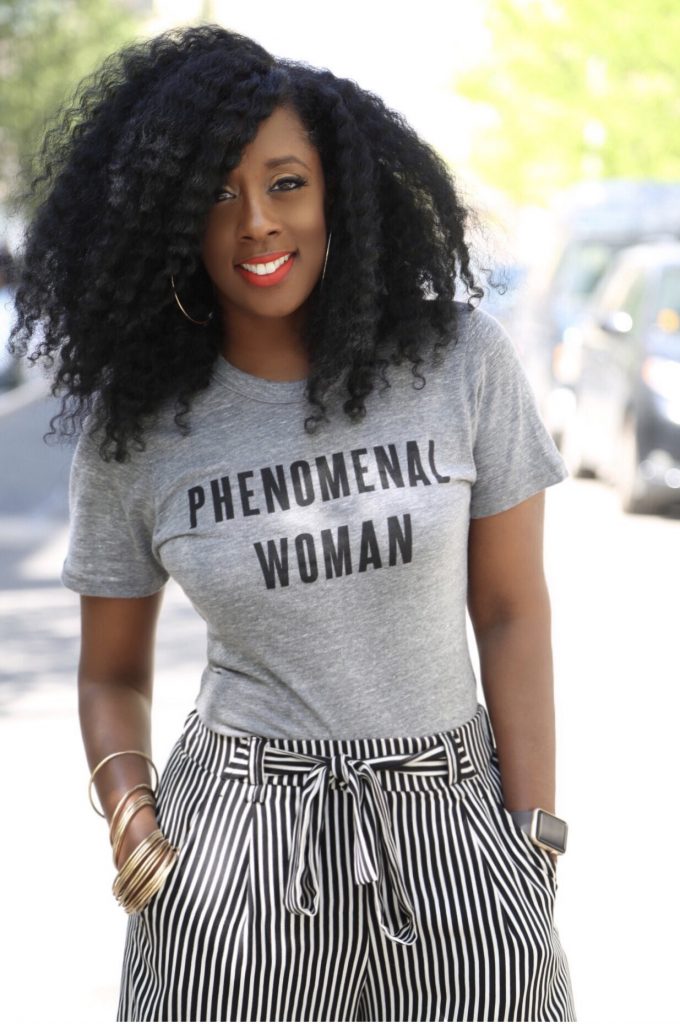 In Her Shoes: Was this project a collective effort?

Meena: I’ve partnered with Omaze, an online fundraising platform, to run operations and some of the digital marketing, but everything else for the most part has been a solo effort. I’ve also been lucky to have incredibly supportive friends that have volunteered in various ways to keep the campaign going, including showing up for our in-person pop-ups to help with major components like event planning, promotion, and actual setup. I feel really luck to have such a generous and encouraging network! 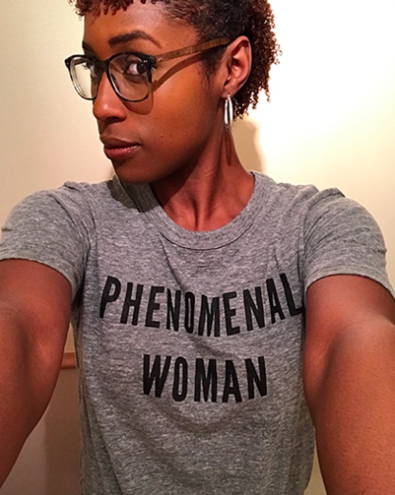 In Her Shoes: Who was the first celeb to participate and how did you get others to join in?

Meena: Issa Rae and America Ferrera were the first celebs to participate. Both are friends, so being able to show others that such influential and inspirational women leaders had joined our cause from the very beginning made it pretty easy to convince others to participate!

Click here to celebrate the Phenomenal Woman in you today!

← Previous Story You & Your Partner, Inc.
Next Story → BEING IS THE NEW DOING: A Divine Guide To Owning Your Energy, Time, And Peace Of Mind