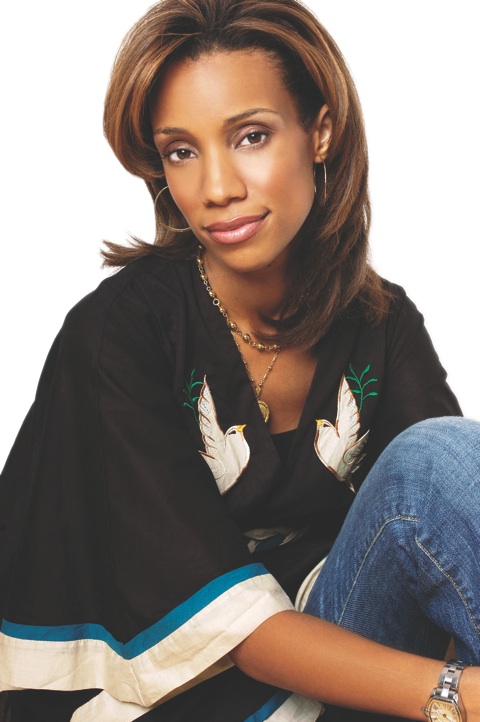 I don’t know about you, but when I swing by my local newsstand for a quick magazine fix, I still find myself staring in dismay at the hole where my favorite glossies used to reside. Luckily, there’s a (relatively) new kid on the block that has helped ease the pain of losing those fallen heroes. Jones is the style-savvy magazine that women across the globe have been yearning for.

The publication’s content is driven by its tagline, “The shopping guide for women who know better,” and recent features have included everything from its highly anticipated Best in Beauty product reviews to girl talk with Hollywood power broker, Mara Brock Akil.

Jones Magazine’s Editor-in-Chief, Tracey Ferguson (pictured above) hails from The Lone Star State and is the quintessential southern belle. As a Houston and New York City socialite, mother of two amazingly talented teens, and co-owner of one of the hottest glossies to hit newsstands in years, Tracey is a woman in business you absolutely need to know. Today she allows for a bit of role reversal and chats with In Her Shoes about traditional vs. digital media, balancing parenting with a demanding career, and lessons she’s learned in the publishing industry. Here’s what she had to say:

In Her Shoes: Who is the Jones woman?

Tracey: The Jones woman is a smart and savvy,  independent thinker. She’s inspired, yet unthreatened by fashion-forward lifestyles. Jones women have voracious appetites for what’s hot, new and yet to be discovered. She’s unapologetic about her desire to be the first to wear, taste, travel, buy and experience the desires of her heart—-though she is NOT irresponsible. Jones women want to be better informed and better exposed, so they tend to be professional and well-traveled. 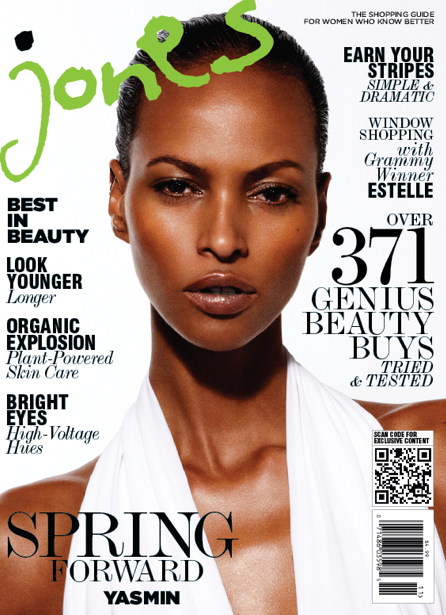 In Her Shoes: What do you say to those who believe that physical media is antiquated and digital is the only way to go?

Tracey: I think we’re finding that while going entirely digital has been the hot new buzz-word direction, print is still very much alive and holding with many advertisers and readers.  The best mix seems to be a combination of multiple platforms.  The thing is, is that publishing entirely digital is still quite new and changing at such a dynamic rate that EVERYone is hunting for the magic bullet mix of platforms and offerings to optimize their content. It’s challenging for all of us in this space. No exceptions. 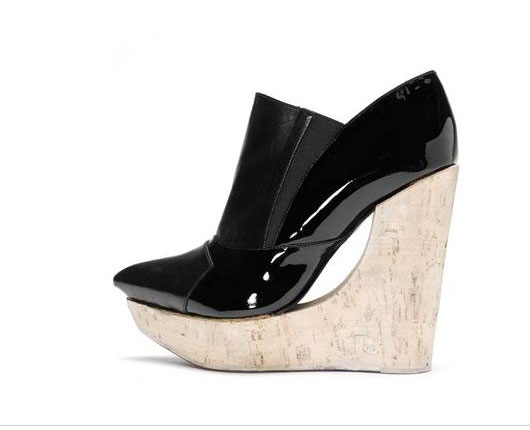 In Her Shoes: What is a day like in Tracey Ferguson’s shoes?

Tracey Ferguson: Most days I wake up at 6 a.m., haggle with my teenagers to get dressed, ingest breakfast and out the door on time.  A feat in of itself. My Blackberry is usually buzzing off my nightstand by now and once the kids are on their way, I’m preparing to return calls, emails, tweets, posts…It’s like waking up to the viral world poking you, demanding answers. Usually I shrug off the cyber highway to first take time to pray, and read a few scriptures.  Who can tell WHAT the day ahead holds, so I need as much head-on guidance in the right direction as possible. Generally, it goes like this:

“Lord, thank you for the gift of another day. You know my end from my beginning and you set me on this curious and challenging path. Lead me, guide me, protect and prepare me for the many winding roads and hurdles that lie ahead. You see them in advance, so, if there’s something Londell and I need to see, I ask that you make it obvious to us and our team, so we can’t miss it. I ask for favor in everything I do, because that is my right as your child (gentle reminder, sir).  I’ll do my part, but I’m definitely relying on You, Father.”

Then, it’s back to the digital nudges. Online, is where I spend most of my day when I’m in writing mode.  On my couch is actually where most of it happens, which is such a shame, because not long ago I had my home office totally built out with cabinets, drawers and desks, and for some reason now I find it creatively stifling to write in there. It’s too “upright.” My writing seems to flow better from me perched a soft couch with all my materials splayed around me where I can get my hands on line sheets, samples, photos, my Blackberry, ipad etc.  Indeed, it’s a sight. 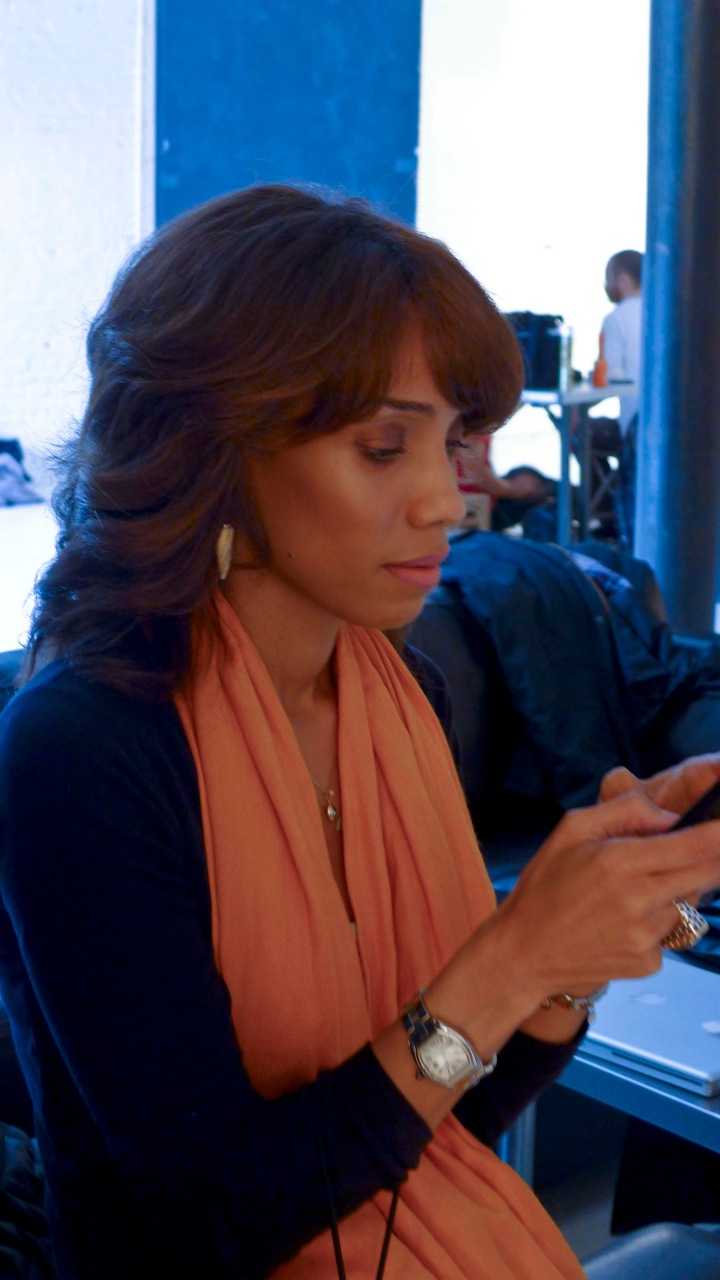 Throughout the day I’m jumping on scheduled calls–digital, events, proposals, and haggling with publicists, modeling agencies, photographers. The event part of my job is ongoing. There is always something to rsvp– previewing a new collection, an emerging designer to meet, the opening of a new store, a celebration of some sort surrounding fashion is always in the cue. I make as many as I possibly can. It’s terribly important for editors to make their rounds in the city and present in the world of fashion.

Jones is modeled after a perception. A viewpoint. I sharpen mine by constantly interacting with talented designers and professionals with fresh perspectives and weigh it against the receptivity of our audience, and then push it some…The thing about fashion is that it’s always changing. Rules are always breaking and audiences are morphing and merging. To that point, my team and I don’t always agree on everything. Our fashion director, Donald Lawrence, and I can go about 10 rounds before agreeing about a model’s quirky chin,  or even a single piece of jewelry.  I love the passion that comes from people in the fashion. They’re not afraid to battle it out and I’m not shy about challenging long-held notions about what works for today’s modern audience. We’re in the pioneering game, so we take a few chances here and there. I spend real time on that.

Anyway, I do an assortment of prioritizing all the above in the course of each day–which explains why two days are never the same. There are urgencies that fluctuate from day to day…Some events are more important than others and I can’t make them all. The world stops during NYC Fashion Week, the school nurse calls to say: “Come get your kids. They have a fever.”  Advertisers want to meet the Editor-In-Chief before sealing the deal,  I need to be in Philly to speak at a rally for young girls (love the philanthropic), Londell doesn’t like the cover options… 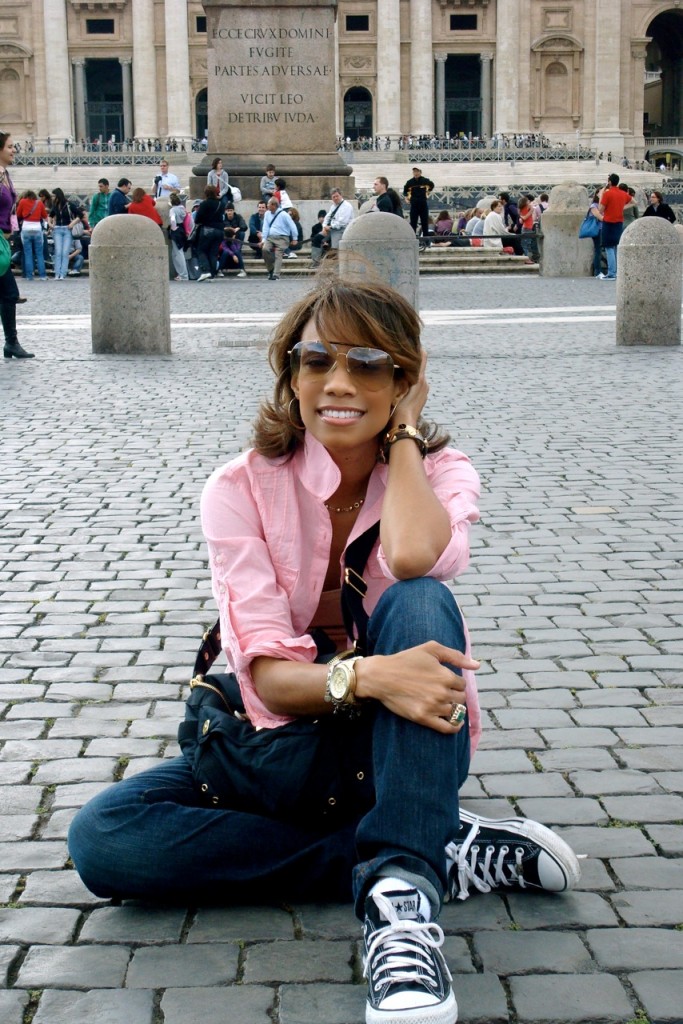 In Her Shoes: As an entrepreneur, it’s hard to take a “true” day off. When you’re able to do so (or when you find time to think about it), what does your dream day away from the office and Blackberry look like?

Tracey: Exactly! There are rarely true days off in my shoes–no pun intended. I’m rarely–No…NEVER away from my Blackberry. Still, I don’t let that stop me from enjoying life. It’s just an extension of my life and responsibility. I’m at my best when I’m traveling. Whenever I can get to the mediterranean I am so at peace. That part of the world is zen-like to my frayed nerves. I’m a foodie, so anywhere with scrumptious outside cafes, good weather, beautiful coastlines, quaint shops with close friends is “vacation” to me. I need more of those… 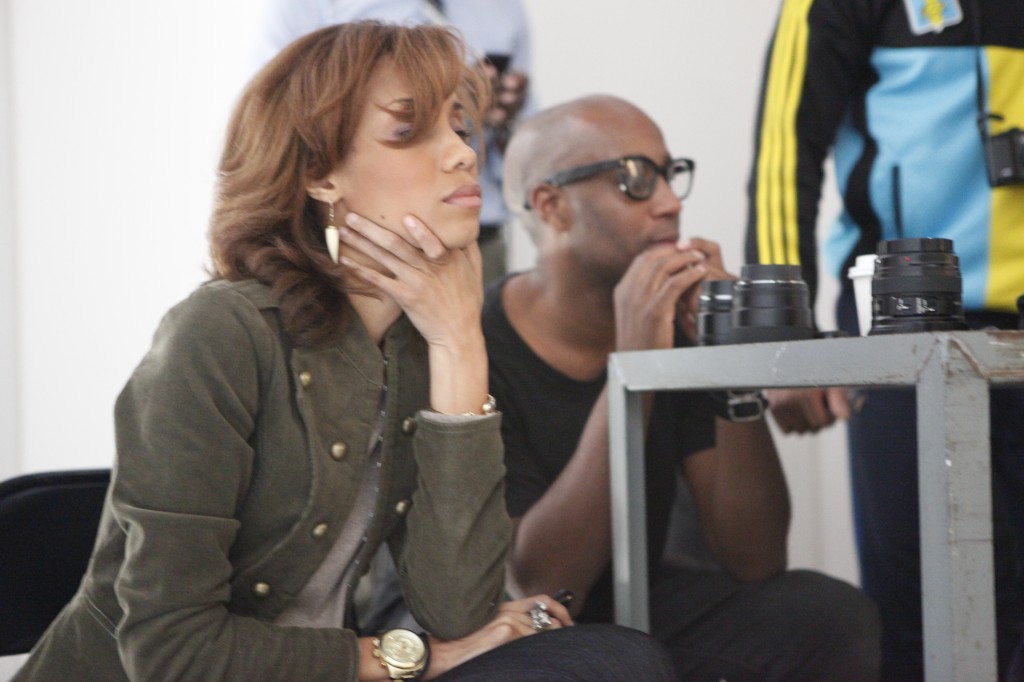 In Her Shoes: You’re a proud mother, loving daughter, and successful entrepreneur. What’s your secret to juggling family life and building your media empire?

Tracey: I wouldn’t presume to  have a “secret” to juggling family life with my career. Truthfully, I’m still overwhelmed by it all. This is a lot. It really is, so I won’t pretend that it’s a cakewalk. I don’t always get it right. It helps tremendously to have awesome parents to step in and help me coordinate and support the way mine do. I probably couldn’t really swing it all without their commitment to our family.  I  do tend to keep both kids a bit close to what’s going on in my work, since it’s my other major responsibility. My daughter, Kendall interns with Jones, so she stays pretty plugged in to what I do.  Josh is interning in our office for Northstar Group’s hip-hop magazine–The Source, this summer as well;  I’m always looking for clever ways to keep them close and I think interning is incredibly valuable exposure for kids their ages.  It helps that they’re both naturally drawn to fashion and music. I’ve learned that there’s no substitution for your time when it comes to even older children, so while I keep an aggressive schedule, I’ve learned to turn alone time into serious quality time spent doing what they want to do, which is often listening to a new song they wrote, cooking dinner together or plain ole’ movie night at the Ferguson’s. 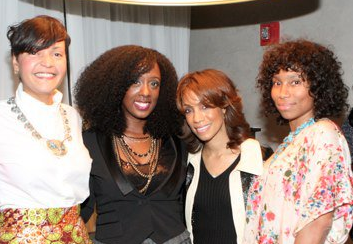 In Her Shoes: What’s your definition of success?

Tracey: I haven’t defined success for me, yet. I’m not sure what my apex is. 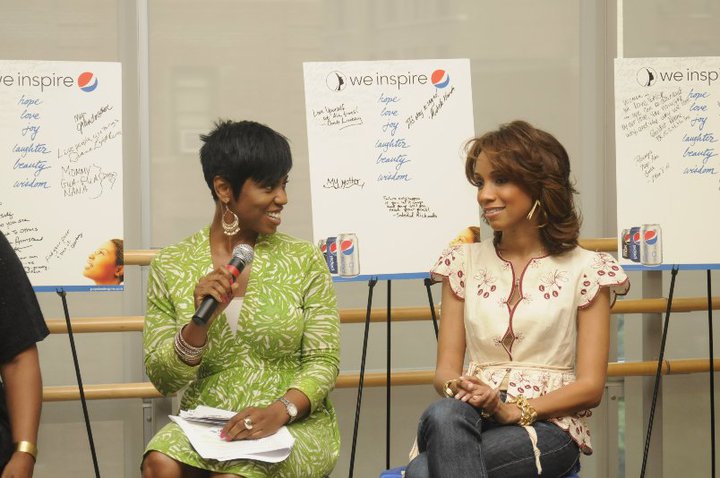 In Her Shoes: What lessons have you learned during the national launch of your magazine that you wish you knew going in?

Tracey: I’ve learned an awful lot over the last year. Most of what I’ve learned surrounds overall growth in general…I’ve developed a more well-rounded outlook, to match the diversity of our multi-cultural audience. I’ve learned to be my own worst critic but to know when to let myself off the hook. There is no blueprint for where we’re going with the Jones brand. It’s pioneer work, and I now look less to others for expert insight.  After all, it’s anyone’s game now. The playing fields are leveling all around us. If there’s one thing I wish I knew going in, it would have to be dealing with the sudden enormity of the Jones audience. I was probably ill-prepared to juggle that much direct attention so fast. My business partner was like: “Swim!”

In Her Shoes: What can we expect from Jones Magazine for Summer and Fall 2011?

Tracey: Nice try, but I’d rather preserve that element of surprise, though–I will tell you this: We just finished laying out the fashion spreads for our summer issue and I LOVE it, but I think it’s our cover that may surprise the most. I’m very serious about Jones reflecting today’s contemporary, fashionable, fresh and diverse woman. That appeal will be felt cover to cover this summer, more than ever before…

To learn more about Jones Magazine visit www.jonesmag.com. Follow the mag on Twitter (@jonesmag) or if you’d like to be a part of Tracey’s “So Jones” adventures check her out at @TFerg3.