The Beauties & Brains Behind the Brands

ESSENCE Signs on as Presenting Sponsor of #IHSBeautiesBrains 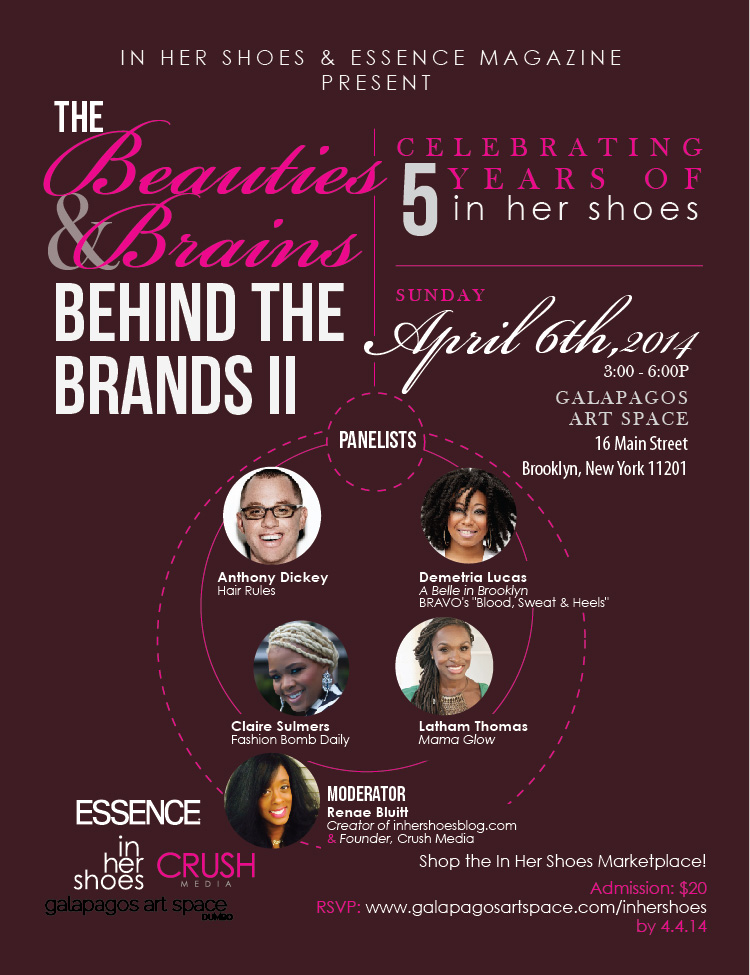 There’s so much going on with the planning of “The Beauties & Brains Behind the Brands II” that I shared this update on Instagram, Twitter and Facebook, but neglected to share it here with my In Her Shoes babes! As some of you may already know, last week I received some amazing news. ESSENCE has signed on as the presenting sponsor of #IHSBeautiesBrains on April 6th! While I’m over-the-top excited for obvious reasons, this partnership has quite a bit of sentimental value, too. A few years back as I was building my beauty PR consultancy (Crush Media), I was also working with ESSENCE as a freelancer in their events department. I worked alongside a group of extremely passionate and talented folks that took great pride in their work so while it was a lot to juggle my clients, the blog and ESSENCE events simultaneously, I truly enjoyed the challenge. I was a part of the team for three consecutive summers and as fate would have it, one of the projects I managed was a multi-market salon event series with Pantene. Fast forward a few years later and I’m featured in ESSENCE (which is every Black woman’s dream) for Pantene AND the brand is partnering with me to celebrate my blog’s milestone anniversary event. Can you say full circle moment?

As I reflect on it all, I can’t help but think about the beauty of how life unfolds. When I was working behind the scenes with ESSENCE as an event manager, I would have never imagined myself in front of the camera for the very same publication just a few years later! All of this is just a friendly reminder of how very important it is to build and nurture positive relationships on both a professional and personal level. I’ve learned that no matter what you’re doing, you’ve GOT to give it 110% because you never know who’s watching and what those observations could lead to down the line.

OK, enough of my babbling. Let’s get to the good part! Following are pics from my first ever Pantene advertorial which can be found on page 24 of the April issue of ESSENCE. Get your tickets for the In Her Shoes five year anniversary event today and you’ll find this issue waiting for you in your gift bag along with a couple of fabulous (full size) Pantene goodies. See you on April 6th for In Her Shoes and ESSENCE Magazine Present: The Beauties & Brains Behind the Brands II! 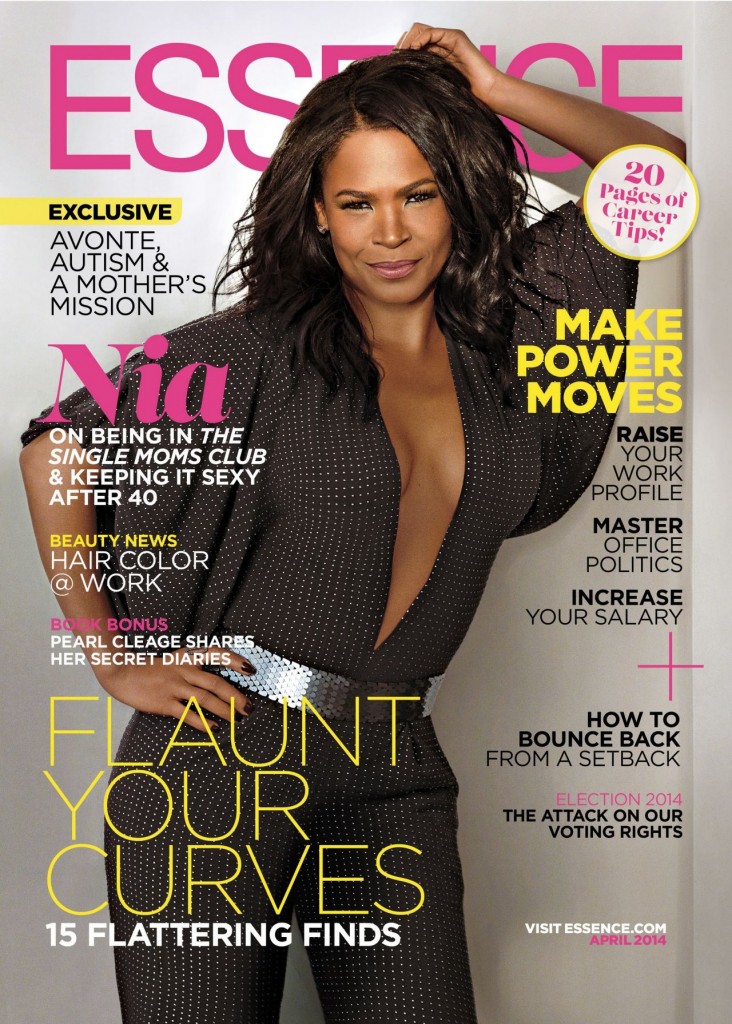 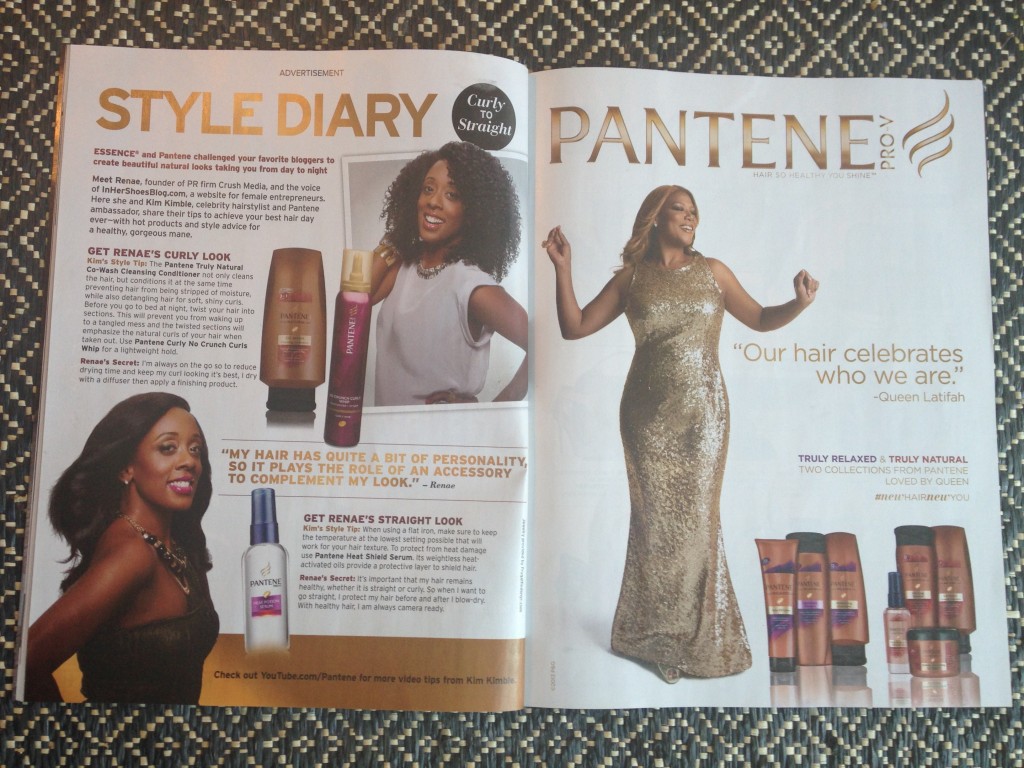 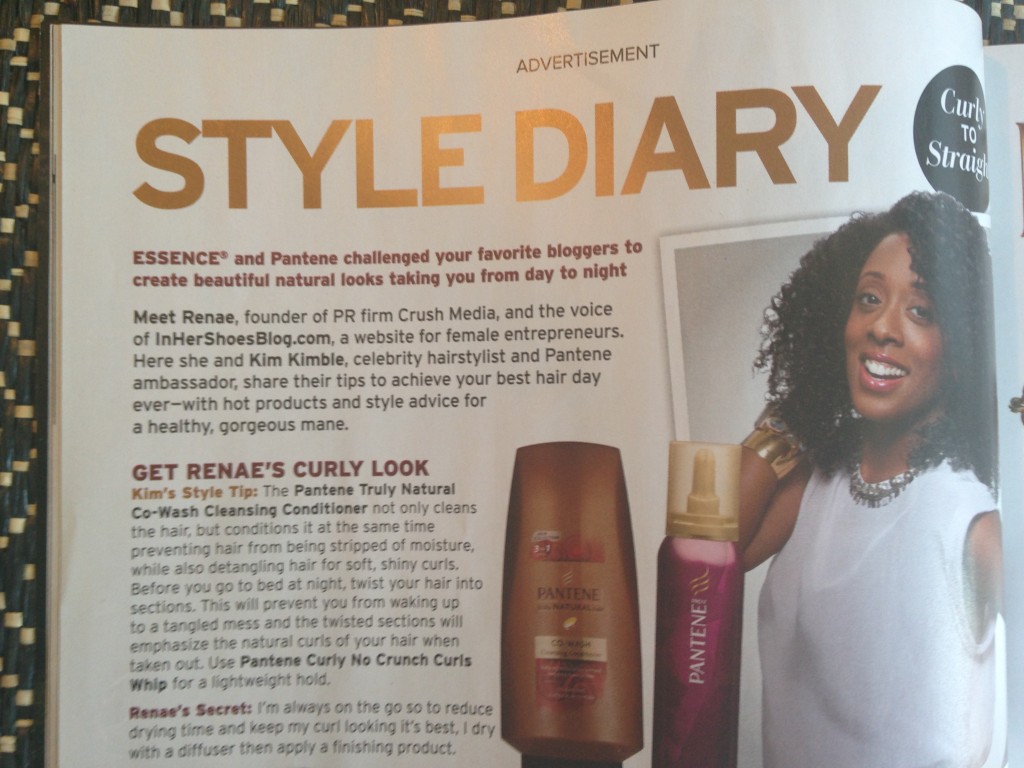 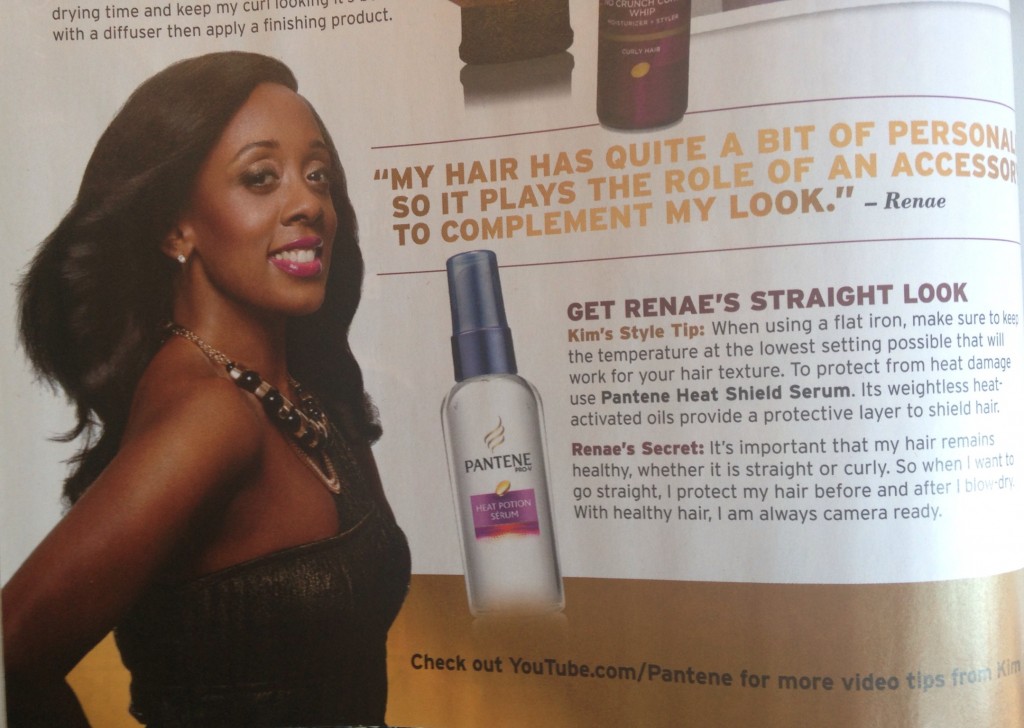 Related ItemsESSENCEIn Her ShoesThe Beauties & Brains Behind the Brands