Tune In: Paul Brunson Changes the Life of a Single Mom on ABC’s “Help! I Need Love”

If you’ve been reading In Her Shoes since day one, you know that Paul C. Brunson was the very first guy to grace the pages of my blog for the In His Shoes series. Throughout the years, I’ve shared Paul’s stellar career journey (remember that time he hosted a show with Auntie Oprah?!), and today, I’m proudly doing the same.

This Saturday night, Paul’s new pilot titled “Help! I Need Love” is airing on ABC at 10p EST. I’ll be tuning in and I’m asking you to do the same. It’s so important that Paul wins this weekend with big numbers because he represents what I hope will be a new wave in reality TV. I’m personally tired of seeing shows that don’t reflect “reality” and look forward to enjoying what I know will be a breath of fresh air on the small screen. Saturday night’s episode will focus on Paul coaching a single mom as she opens herself up to love. After many years of focusing on family, friends, and work while neglecting her personal needs, this woman has decided to put herself first (with a little assistance from Paul, of course).

Just in time for this weekend’s pilot, I got to chat with Paul about his journey over the past couple years with the making of “Help! I Need Love” and why it’s so important that we tune in. Following are a few nuggets I pulled from our conversation that I know you’ll absolutely love:

Why Paul kept this project “on the hush” for so long:

What I have not really said publicly is that ever since 2010 when I worked with Oprah, I have had a TV deal. That’s basically seven years! But in that time, I’ve only had three TV projects that have landed so in the middle, I had lots of busts, and several pilots and projects that just never materialized. At the end of 2015, I got an opportunity to partner with ABC which was a really big deal, especially since I was coming on board as the Executive Producer. While I was excited and really put my heart into it it, I knew based on my history and how this industry is, that I should focus on the work before sharing it with the world. 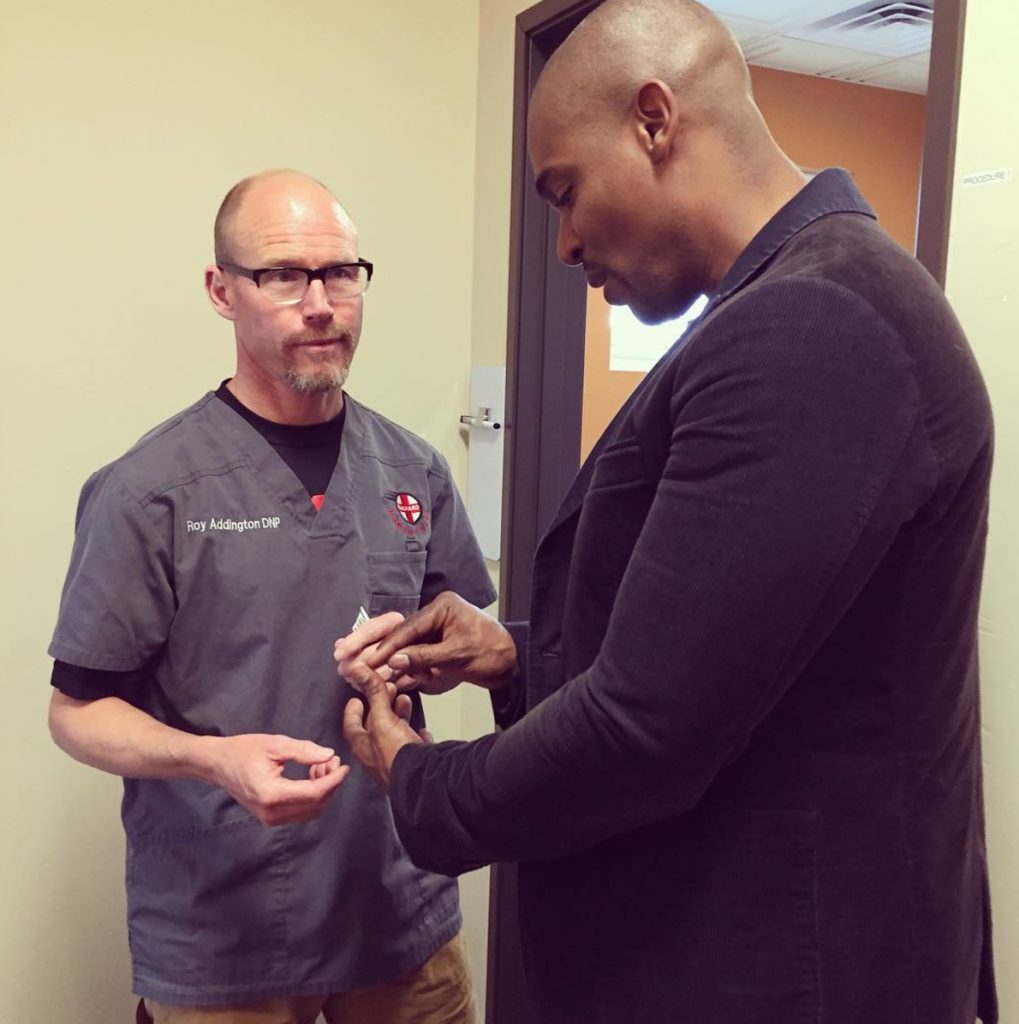 I’m embarrassed to say that prior to earlier this year, I had not been to the doctor in 10 years. Like many of us who are fooled by the fact that we “feel” good, I thought I was OK. If you would have asked me on February 13th how I felt, I would have told you that I was in great shape and that I could bench press 400 pounds! As a Valentine’s Day gift to herself, my wife took me to the doctor with her. We got tested on a variety of things and she was healthy but I wasn’t. My kidneys were messed up because for 20 years, I have been working out and intaking too much protein and synthetic protein supplements which over time, is terrible for your body. The doctor also found stomach bacteria as a result of my diet and eating different foods overseas during work travel. My doctor recommended antibiotics to knock it out, but I decided to see a naturopath and he completely changed my life. I don’t experience fatigue (also known as “the itis”) after eating and I no longer experience brain fog, which is so important for entrepreneurs. Health is key. Three months later and I am healthier than I have ever been!

What Paul did “in the meantime” as he was waiting to find out if the show would actually make it to TV:

It was important for me to stay busy, so I immediately started working on other projects. I rolled out a large mentoring program. I worked on my podcast interview series for months, so I’ve been stacking up powerful conversations with some pretty phenomenal people. I also doubled down on my health and being as present as possible with my sons. When we were shooting the show,  I wasn’t home consistently so I made sure that I took them to school, picked them up, and took them to their activities.

The moment he found out “Help! I Need Love” was going to air:

I literally just found out the show was airing 10 days ago. I was doing an intestinal cleanse and seven day fast for the first time in my entire life which was mind-blowing and really hard. When I got to the fifth day, I was totally empty and my body was releasing toxins during the “die off” stage. It was dark and rainy as I was laying on my floor taking my coffee enema, and I looked out my back window to see the wildest thing. The clouds were rapidly moving to make way for the sun and it got so bright that I had to look away. It didn’t hit me in that moment so after taking the coffee enema, I headed downstairs to continue my day. In less than two hours after walking downstairs, I got a text from one of the other Executive Producers saying that we got the green light, we were on! I didn’t enter the fast for a spiritual purpose but I got spiritual consequences.

The power of saying NO:

I’ve received a lot of requests over the years that I’ve had to say “no” to, especially after working with Oprah. Typically, it’s people who don’t know their self worth who are readily willing to say yes. Those of us who truly know our self worth will readily say no. There have been countless TV shows that I’ve been asked to do in the reality genre. After saying no, you may see the initial shine the person who said “yes” gets but then you see how the show begins to re-shape that person’s brand. One part of self love that I’ve really been exploring as of late is Maslow’s Hierarchy of Needs. The gateway he uses for self-love is self-actualization. It’s the highest level we can reach and he believes that only 2% of the world will ever be self-actualized. For the first time in my life, I have a couple toes into self-actualization. I firmly know who I am, what I can do, what I can’t do, and the why behind the why. That doesn’t come without having to say “no” countless times and doing all the things that are counter to what would be considered the “right” path. 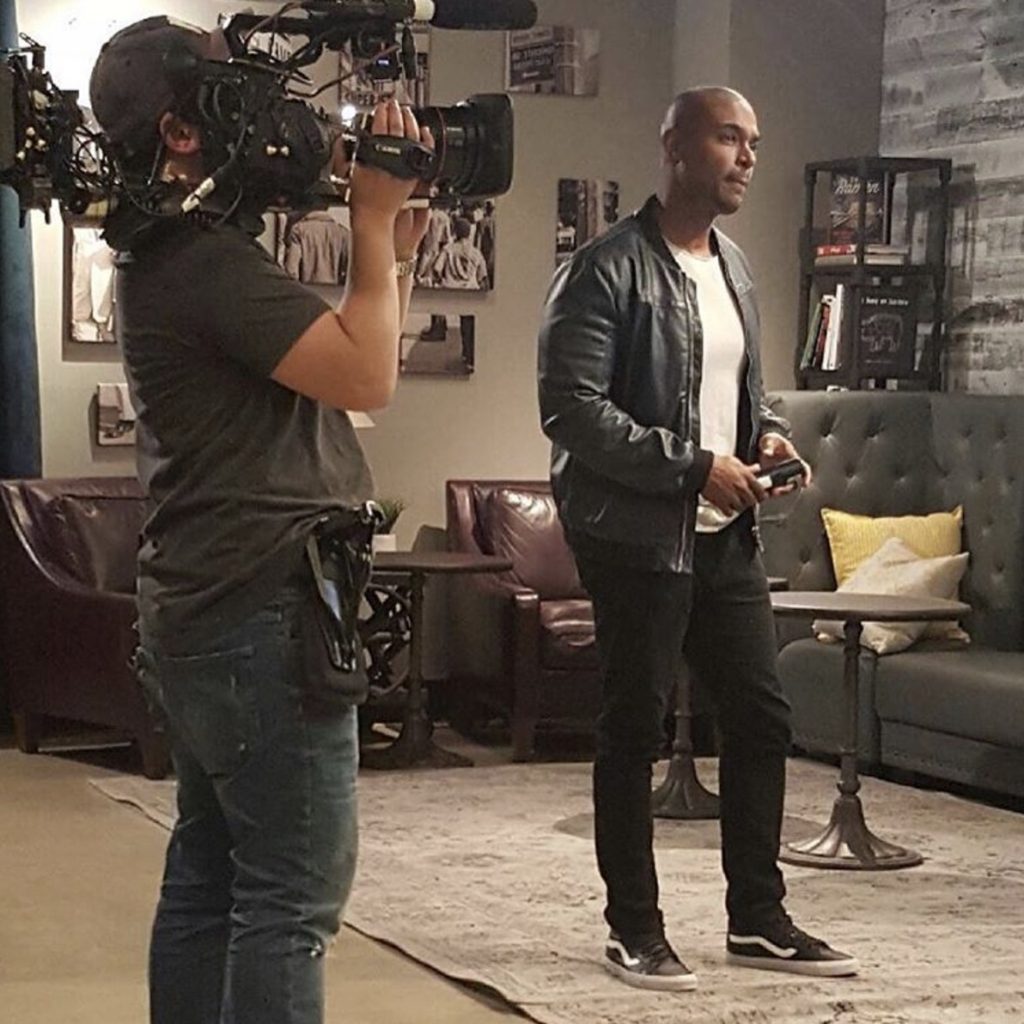 “Help! I Need Love” the longest film/produced show ever about love on TV. We filmed with this woman for an entire year and for three months, focused on building her self love. We flew to New Mexico to focus on her, mentally and physically, and got her to a place where she really started to love herself before she started dating. The story is about an incredible person who was in an incredible relationship with a man she loved who died tragically and unexpectedly. When he passed away, she had a child who was three years old. She’s a teacher and in the seven years since her husband’s death, she has been focused solely on her family, friends and work. Her daughter, who is now 11, reached out to me through someone else in an effort to help her mom find love and the rest is history.

Three reasons why YOU absolutely need to check out “Help! I Need Love” this Saturday night:

Be sure to tune in to ABC this Saturday night at 10p EST for the “Help! I Need Love” pilot and follow Paul’s #ineedlove journey on social @paulcbrunson!

← Previous Story 5 Mompreneurs Pass on Words of Wisdom to Their Daughters & Future Leaders
Next Story → Get #DressedinJoy: How to Rock Prints Like a Pro