Have you ever met a person for the first time and had the feeling that you’ve known this individual for like, years? Those were my very thoughts the moment I crossed paths with award-winning journalist and bestselling author, Miss Mitzi Miller. I booked Mitzi as a Black History Month guest speaker for the PR agency I was with at the time and had no CLUE what I was in for. Let’s just say that she did not disappoint. Mitzi kept each and every listener engaged, inspired, and fully entertained the entire event!

In Her Shoes would like to congratulate Mitzi on yesterday’s release of the third installation in her wildly popular Hotlanta series, What Goes Around. Co-authored by Mitzi’s literary partner in crime, Denene Millner, What Goes Around was recently listed on the annual ALA (American Library Association) Top 10 Hot Reads for Teens Category.  Go, Mitzi!

If you’re a magazine junkie like me, you may also remember Mitzi’s name from her years as an editor for two of every fly girl’s favorite mags, Honey and JANE (R.I.P.).  Mitzi launched her publishing career in 2001 as an unpaid intern for Honey magazine before quickly becoming the girl-around-town columnist for the magazine’s monthly feature, “Road Trippin’.” Readers quickly grew addicted to her many quirky, fun-filled adventures: Speed dating, learning how to surf in Hawaii, and spending time as an enlisted soldier in the United States Army’s boot camp are just a few of the highlights.

With her own brand of unmistakable flavor in tow, Mitzi headed over to Jane Magazine to serve as a staff editor and the Sex, Sex, Sex column writer. There, in addition to her monthly column, she frequently contributed celebrity features and quirky girly stories to the magazine’s entertainment section, including “Mitzi Lives Like A Privileged White Woman For A Week” (hilarious!) and ‘”How To Date 8 Guys At Once,” which received a favorable write-up in the Washington Post Newspaper.

You may have also seen Mitzi’s beautiful face on the small screen. Her extensive television experience includes regular appearances on VH1’s humorous list shows, as well as ABC’s top-rated morning show, Good Morning America, and The Food Network. As if being a highly sought-after television personality and award-winning author is not enough, Mitzi flexes her writing muscles contributing to the likes of ESSENCE, Elle (U.K.), VIBE, and Uptown magazines. 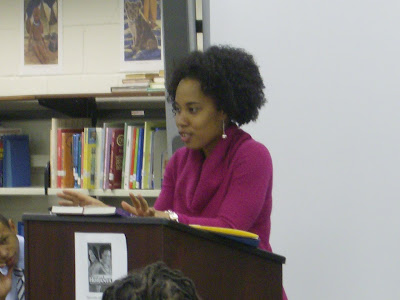 When not pursuing writing and television opportunities, Mitzi is a skilled public speaker who has appeared at various forums and seminars nationwide including Hip-Hop 4 Life Youth Fest 2008; The Freshman Honors Reception at Florida A&M University; and Essence Magazine’s Image of Black Women in Media Panel.

What Goes Around is available now on Amazon and retails for $9.99. Pick up a copy today for the young lady or youthful spirit in your life!

Think you’re ready for more Mitzi madness?  You can keep up with her daily drama at her personal blog by clicking here!