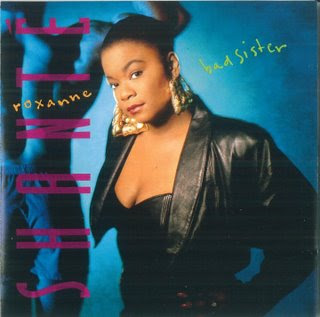 Just came across a story on DailyNews.com that put a huge smile on my face.  Roxanne Shante (if you’re a younger reader and haven’t a clue, please Google her), is the poster child for turning lemons into lemonade. A rapper graduates with a Ph.D and gets her record label to foot the bill? Now that’s not something you hear about every day! Check out the following excerpt from the New York Daily News:

Twenty-five years after the first queen of hip-hop was stiffed on her royalty checks, Dr. Roxanne Shante boasts an Ivy League Ph.D. – financed by a forgotten clause in her first record deal.

“This is a story that needs to be told,” Shante said. “I’m an example that you can be a teenage mom, come from the projects, and be raised by a single parent, and you can still come out of it a doctor.”

Her prognosis wasn’t as bright in the years after the ’80s icon scored a smash hit at age 14: “Roxanne’s Revenge,” a razor-tongued response to rap group UTFO’s mega-hit “Roxanne, Roxanne.”

She blazed a trail followed by Lil’ Kim, Salt-N-Pepa and Queen Latifah – although Shante didn’t share their success.

After two albums, Shante said, she was disillusioned by the sleazy music industry and swindled by her record company. The teen mother, living in the Queensbridge Houses, recalled how her life was shattered.

Click here for the entire story but before you go, let’s pay homage to Roxanne Shante with this very appropriate video, “Roxanne’s Revenge:”