Pushing Past the Pain (In Memory of Trayvon Martin) 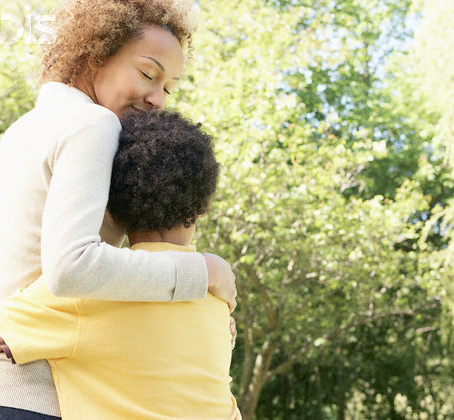 Like many of you, the Trayvon Martin case has been weighing quite heavily on my spirit since the disappointing verdict announcement on Saturday evening. How can we live in a country that unapologetically places ZERO value on a black boy’s life? Why is it that our judicial system – which let’s be clear, was never created to protect “us” anyway –  is still so incredibly broken in 2013? What can I do, as a Black woman in America, to truly make a difference? I’ve cried tears of fear…fear for my community and my future children. I’ve become bitter and resentful…resentful of the opportunities I’m afforded as a woman of color while my male counterparts struggle for simple acknowledgement and human respect. I feel frustrated and helpless. The issues plaguing our society are so deep rooted. Are we foolish to think that things are ever going to improve?

After taking a mental break from the media frenzy surrounding the case, I realized that while we may feel hopeless in this very moment, each of us has what it takes to serve as a change agent. Here are four easy ways to exercise YOUR power to make a difference in our community and in your own way, fight for Travyon Martin’s honor:

(1) Since my college days, I’ve always been committed to serving as a mentor/big sister to at least one young woman at time. In light of recent events, and the resulting need to really embrace our young black men, it dawned on me that NOT ONCE have I mentored a young man. While this fact is sad but true, I didn’t beat myself up about it for obvious reasons. After all, we often gravitate towards what we view as familiar territory, right? But what better time to build a relationship with a young man in your community – who’s more than likely dealing with the pain and heartbreak surrounding Trayvon Martin –  than now? Seek out a young man in your community or industry who could benefit from your experience, your wisdom, and most of all, your LOVE.

(2) While the powers that be are putting up the proverbial middle finger to the men in our community, it’s our job as nurturers to stop whatever it is we’re doing and embrace them. Next time you’re in the presence of a black man, young or old, let him know how much you need, respect, and adore him. Imagine the feelings associated with knowing that the country you call “home” places little to no value on your life. Let’s remind our men that they matter, because THEY DO.

(3) Whether you’re an educator, television producer, or interior designer, you have the ability to make a difference within your industry. I launched the “In His Shoes” interview series a couple years back and can admit that the number of men I’ve featured leaves a lot to be desired. While my blog may not have the same reach as the New York Times, I’m committing to shining light on more men who are doing amazing work in their communities to further drive home the fact that contrary to popular belief, OUR MEN MATTER IN A BIG WAY.

(4) Last but certainly not least, get involved in the political process in your community. Join a local and/or national organization that’s committed to seeking justice for Trayvon Martin and any other person who’s been betrayed by our country’s judicial system. By sitting back and doing nothing, we’re allowing them to win. Did you hear about how Black Twitter stopped the Zimmerman juror’s tell-all book from going to press? Yes, they DID that. Everyone has a voice. It’s time to make it heard!

Rest in peace and power, Trayvon. Prayers and healing vibes to his loving parents, Tracy Martin and Sybrina Fulton. You remain in my thoughts and prayers.