Natalie Cofield on Lifting While She Climbs With Walker’s Legacy

Meet Natalie Madeira Cofield, Founder of Walker’s Legacy, the Washington, D.C. based organization created to equip and empower professional and enterprising women. Inspired by the legacy of Madam C.J. Walker, Natalie has been on a mission for the past eight years to give women the tools they need to become the captains of their own ships.

Natalie began her career working three jobs in high school and she started her first company at 26, growing to become a three-time CEO by age 30. This woman’s work has been featured in The New York Times, Fast Company, Forbes, Business Insider, Black Enterprise, Essence and Ebony among others. In 2015, Natalie was named one of the 100 Most Influential African Americans in America by The Root 100. If you need a couple more receipts, Inc. listed Walker’s Legacy as one of “25 Companies That Are Determined to Help Women Succeed” and Google just selected the organization for its Minority Digital Coaching Program in the District of Columbia. Beyond impressive, right?

Just in time for National Walker’s Legacy Day (May 4th), I got to connect with Natalie to dig deeper into what she’s doing for entrepreneurial women and how she’s doing it. Get into it and be inspired: 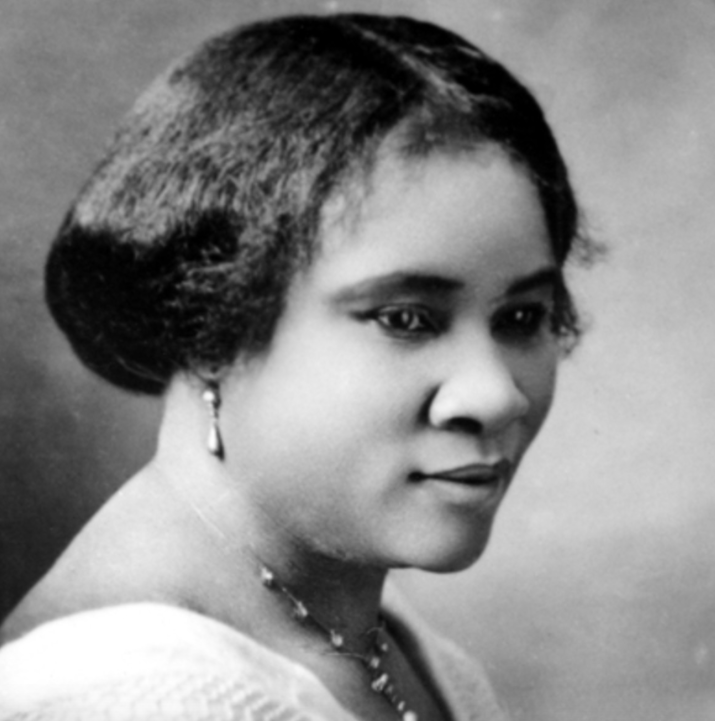 In Her Shoes: For those who aren’t familiar, please share your Walker’s Legacy elevator pitch and what inspired you to launch the organization:

Natalie: Walker’s Legacy was created when I found myself without a female mentor when I started my first company at the age of 26. One day, I came home from a business meeting that felt more like a proposition, and I was in tears. One of my male friends said to me, “Who’s your female mentor?” And I didn’t have one. I started reading biographies of women that I wanted to be like, and Madame C.J. Walker’s bio was one that I would reference for strength. I knew that if this woman could do all that she did during the time at which she did it, then I could overcome whatever the obstacle of the day was for me.

I feel Madam Walker’s presence. Her great-great granddaughter, A’Lelia Bundles, is one of my mentors, and there are times where she’ll say to me, “she had a bad meeting like that too” or she had a bad experience like that too. And it’s because she wrote the biography of this woman and had a really in-depth understanding of all of her challenges. It makes me feel like my steps are so ordered because they’re focused on empowering other people. When you put the focus on whatever you’re passionate about in the right place, it’ll be successful whether there’s profit or not.

Walker’s Legacy is a national business collective designed to build ecosystems of support for enterprising women. Our goal is to create the next generation of millionaire women of color in business. 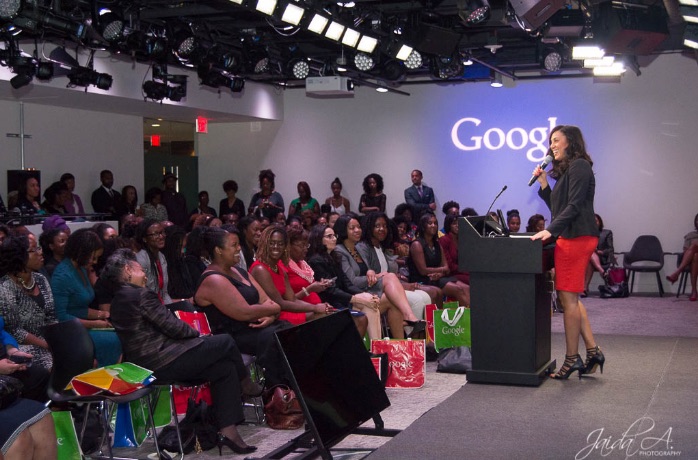 In Her Shoes: What has been your greatest success or accomplishment you’re most proud of with Walker’s Legacy?

Natalie: Walker’s Legacy is something that I created in 2009 as an initiative. It was an event. It was a, “Let me get this platform together so that I can get mentored by this woman that I want to talk to who doesn’t have time to just talk to me but will talk to me with a crowd 60 to 70 people.”

Walker’s Legacy was a part of my company; it wasn’t its own business. I pivoted Walker’s Legacy out of that company and turned it into its own brand. I think the thing that I’m most proud of is that I self-funded this whole organization for five of seven years. I never gave up on it, though. And, I could have. I could have gave up on it before we had revenues to employ employees and start a foundation. We’ve done well this year.

In Her Shoes: As an entrepreneur, our work hours can range anywhere from 8 hours (on a good day!) to hustling around the clock. What are some of the tools or rituals you use to get the most out of each day?

Natalie: In the Bible, it talks about a “Proverbs Woman.” And, a lot of people like to focus on how the Proverbs Woman is like the all-star wife. Everybody wants to see her in the perspective of the wife, but I read Proverbs and I read that she rises early and gives instructions to the women who work for her. It talks about how she makes a living by being entrepreneurial, by being creative and by being resourceful. The biggest thing for me is that she rises early and puts forward instructions for the day.

Entrepreneurship is all-encompassing of every component of my life. I wake up before my team and I send them all a list of everything that needs to be accomplished for the day, by the week. My team then sends me a list of their to-do priorities. And then I ask everybody to close the whole day by going back to that list seeing where they are against it. It keeps us all organized; it keeps us honest; it keeps us on track. We do weekly Wednesday check-ins and on Fridays I ask them to recap the rest of the week.

Sundays are a day of rest, a day of reflection, a day of peace. And for entrepreneurs, I feel as if Sunday is a day of preparation. Sunday is ritualistically a day that I need to recalibrate against the week.

To put things into perspective, I went from a team of one woman to a team of eight. We are now representing a network of more than 20,000 women across the country and counting. 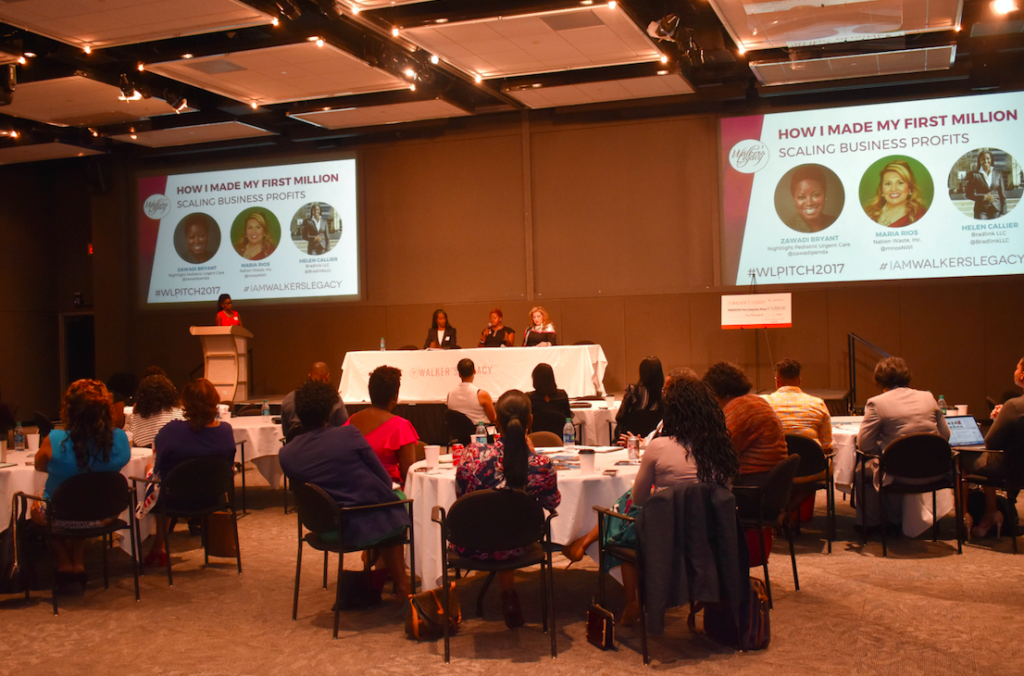 In Her Shoes: In times of adversity or insecurity, how do you keep yourself lifted?

Natalie: I have girlfriends that I talk to that are entrepreneurs and are apart of my tribe. I keep it all the way 100 with them. They remind me of who I am and what I am and what I’m doing and where I’m going and where I’ve been. They put things into perspective; they listen to me. I allow myself to embrace the feelings of it, whether it makes me angry or want to cry or both.

I don’t want the burden of being anything other than what I am. I think that when you become an entrepreneur and you reach the level of success that people aspire for, you become this superhero. I don’t want to be on a pedestal. I just want to get the work done and there is power in honesty. My goal through Walker’s Legacy is to inspire and prepare these women to be entrepreneurs. I can’t do that if I’m not honest about the journey. You never want to give people this impression that you’re just going to walk into success; that you’re never going to have these days. That’s a false reality.

In Her Shoes: What do you think Black women launching their own businesses need more of? Less of?

Natalie: I think they need more savings and good credit. That’s been a very important focus that I’ve always had because I’ve had those times where you don’t have anything to fall back on. I think more women need networks and tribes. For women of color, there are so many things that come up against us on any given day that many of us don’t have friends who are capable of mentoring us, whether they’re horizontal mentors or vertical mentors. Horizontal mentors are like your girlfriends that are capable or may be around the same age. Vertical mentorship focuses on those who are high up and are capable of mentoring us.

I think it’s important for more people to see and experience more of a broader spectrum of industries where we can and have succeeded in versus everybody coming through one industry and doing a Snapchat about it. We live in an Instagramable and Snapchatable era. The reality was there were days where I couldn’t afford new outfits. There were days where I chose not to buy a pair of Louboutins so that I could buy my second house. There were days when I chose not to buy that new Louis Vuitton bag so I can grow from a team of one to a team of eight. What’s the Instagram post that I can show for that? There’s no post for that, but the honesty in it, that empowers other people.

In Her Shoes: What’s on the horizon for Walker’s Legacy?

Natalie: Walker’s Legacy recently completed our prospectus program with 75 participants from across the country and awarded our $5,000 pitch competition prize to a health and wellness app called, “Still Going.” We’ll be doing spring and fall cohorts to help women take their businesses to the next level through a 10-week program. We’ll also be launching a single mom’s program in four cities across the country.