In His Shoes with Bardo 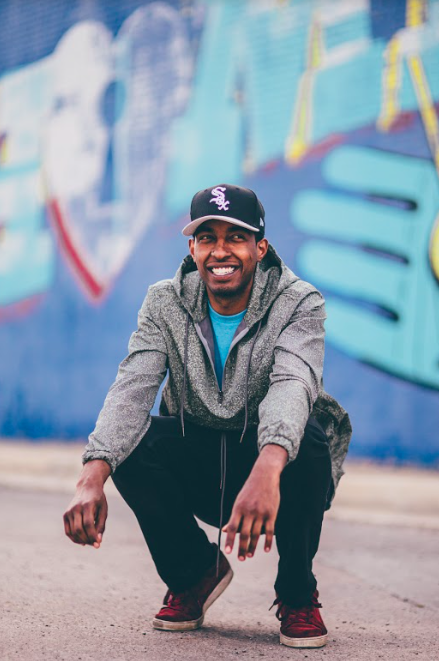 Earlier this year, I was invited to an event at the MGM National Harbor and was introduced to a super dope artist that I’ve been wanting to introduce you to. He goes by the name of Bardo (also known as Bardo AF), and he delivers an other-worldly sound which is influenced by his very unique upbringing in some of the most musically-driven corners of the world like Atlanta, Chicago, Spain, Italy, and Japan. Today, Bardo sits down for his very first In His Shoes interview to tell us all about his new project, his songwriting process, and what his dream collaboration would look like. Let’s see what he had to say:

In Her Shoes: Congrats on your new album, GRINGO! You shared that with this project you wanted to touch on feelings of displacement that many people of color feel in our country’s racially-charged climate. Please expound upon this a bit for us:

Bardo: Thank you! Yes that’s exactly what I was aiming to do. The title of the album was directly inspired by a trip that I took to Brazil a couple of years ago. I figured because I was Black and can speak Portuguese that I would be able to blend in with the natives. Honestly, I was pretty embarrassed to tell people that I was American because of all of the social and political craziness that was just starting to pick up when I was down there. Needless to say, I didn’t blend in very well. I was out one night in Rio with a friend of mine and a few of her friends and they kept referring to me as “the gringo” and it started to make me mad because to me and to a lot of Americans, gringo is a slightly derogatory word that brings up an image of a culturally insensitive white person who only speaks English. None of which I thought, applied to me. What my friend explained to me was that in Brazil, gringo isn’t a bad word, it simply means that you’re not from Brazil, which I’m not. Even after understanding the Brazilian meaning of the word and spending time with some great people, I still felt like I didn’t fully belong and I really looked forward to getting back home and belonging again. When I got home however, I realized that Black people were under attack as always, but now it was out there on front street. I came back to the predominantly white northside of Chicago on edge and mistrustful of white folks. I felt like I had come “home,” but I wasn’t really at home. I didn’t feel safe. I felt like a gringo. I carried that energy with me throughout the creation and completion of the album. At the same time, I wanted to convey the love and respect that I gained for the culture and the people of Latin America, especially Brazil, Cuba and Puerto Rico during the time that I spent there. 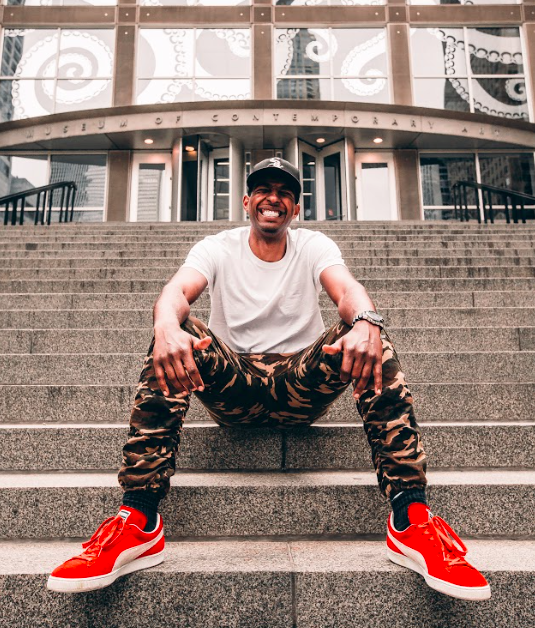 In Her Shoes: You’re blessed to have been exposed to quite a few genres of music being born in Atlanta and raised in Chicago, Spain, Italy, and Japan. Tell us how this unique upbringing impacts your outlook on life and musical influences?

Bardo: It’s most definitely a blessing. When I was a kid, I hated the fact that my family moved around so much. It made it really tough to keep friends and to settle in anywhere. As I got older though, I began to realize that living in all of those different places made me much more open and interested in getting and staying out of my comfort zone. The older I get, the more obsessed I become with traveling, languages and culture. I’ve always known that the world is much bigger than Chicago, than the United States even. I always approach my life and my artistry with that in mind, which I think is why I draw inspiration from so many different types of music outside of hip hop. I think that’s a direct result of my experiences abroad as a kid.

In Her Shoes: What is your songwriting process?

Bardo: The process definitely varies. Most of the time I start with the production or at least a rough skeleton. Depending on how excited I am about the music, I may come up with an idea for a hook on the spot. A lot of times though, I’ll put the idea on my phone and drive around listening to the music and record different voice memos where I’m trying different melodies and flow patterns. The words tend to come last. Once I have a few melodies and patterns that I really like, I stand in front of the microphone recite what I hear on the voice memos until words and phrases start to come to me.

I really like the stream of consciousness approach because I feel way less inhibited and my verses tend to be much more relevant and topical because I’m pulling from material that’s fresh on my mind. 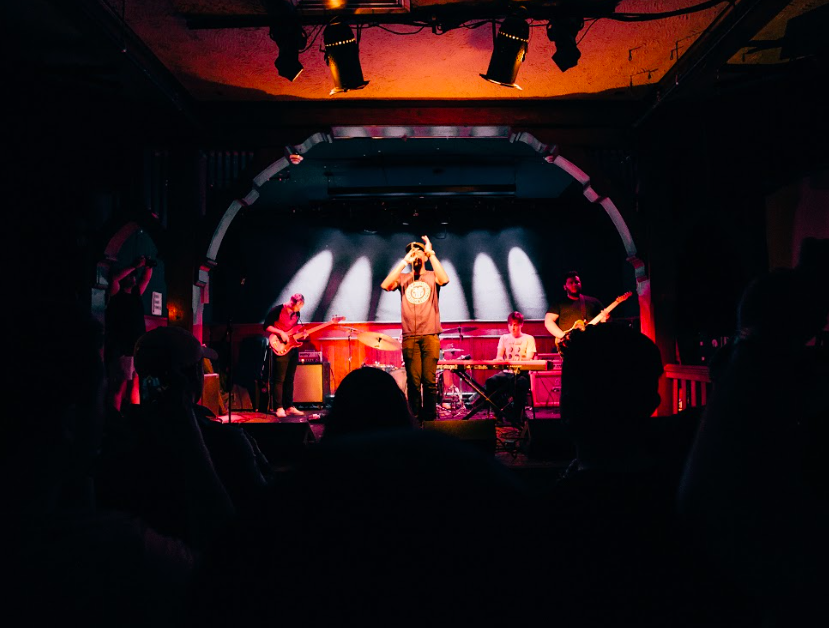 In Her Shoes: If you could collaborate with any artist in the world (currently with us or not), who would it be and why?

Bardo: I think it would be awesome to work with Seu Jorge. He was one of the first artists that really got me into contemporary Brazilian music and MPB. His music is always super rich and although he has a deep voice like I do, he has just as strong of a presence in his upper register as he does in his lower register, which is something that I really want to get better at. Not to mention he’s an awesome actor too. 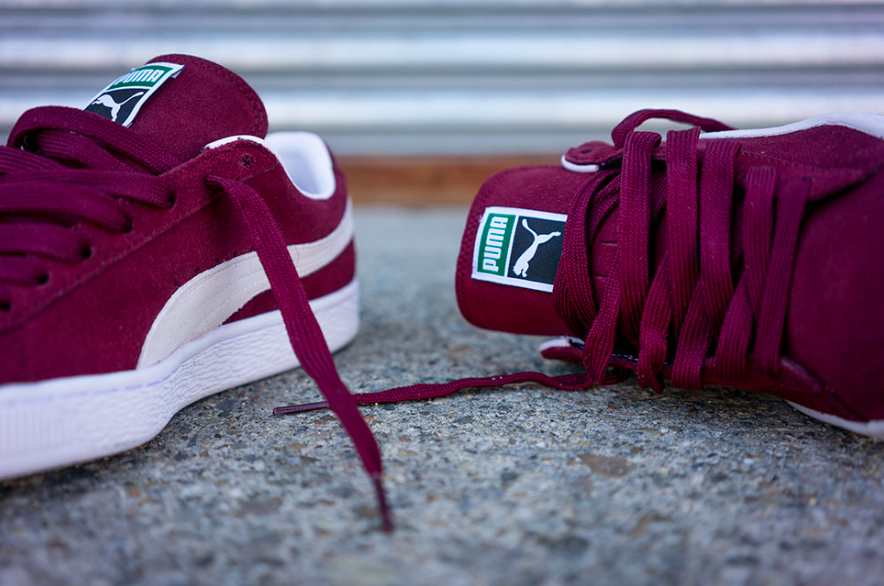 Bardo: On a normal day in my shoes I get up, study Japanese for about a half hour and send emails for most of the morning. I’ll head out around 12 or 1 to work out, then I’ll come back and work on music whether it’s recording or producing and if it’s a good day, that means that I have a show, which I’ll probably head to around 6:30 for sound check and load in. I’ll play the show between 9-11PM depending on what day of the week it is, probably hang out with my friends afterwards, go home and do it all over again. 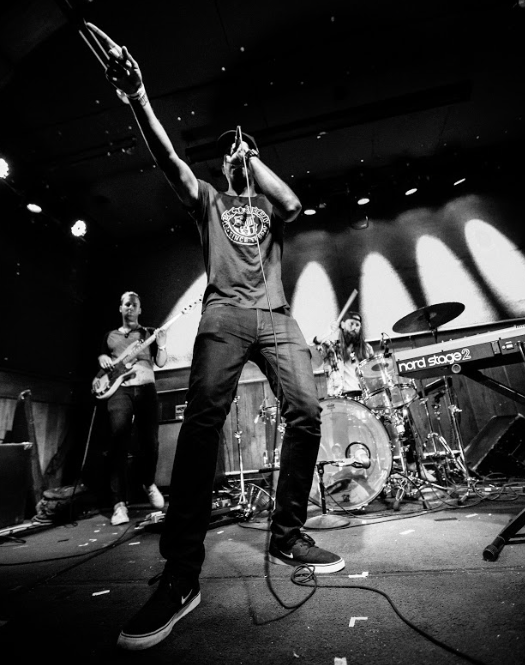 In Her Shoes: What do you like to do outside of music that contributes to your musicality?

Bardo: I love to study languages and cultures. Like I mentioned before, I’m currently trying to regain and improve my Japanese skills. Spending a solid amount of my childhood overseas, especially my time in Japan gave me an insatiable hunger to learn as much as I can about the world and explore as much as I can while I’m able. I think there’s no better way to truly relate to someone than to at least attempt to speak to them in their native tongue and to show some understanding and respect for where they come from. There’s no other activity that I’ve found that expands my perspective and helps me mature more than traveling. I live so much life in such a short amount of time when I travel and I’m the type of artist who has to live life to be able to write effectively. My goal with my music is to simulate those feelings of connectedness that you get when you travel and make others hungry to explore beyond their comfort zone and dig deep into a culture that’s not their own.

In Her Shoes: Where would you like to see yourself as an artist in the next five years?

Bardo: In five years I will be an artist that can constantly tour internationally. I’m going to have a very strong presence in Latin America, Japan and the UK, and hopefully I’ll get some love at home too. What’s really important to me though is to be one of those artists who helps to shrink the world. The way that guys like WizKid, Stormzy and Santan Dave are literally bridging gaps between continents and cultures through their music, is something that I really admire and hope to accomplish as well.