The Beauties & Brains Behind the Brands 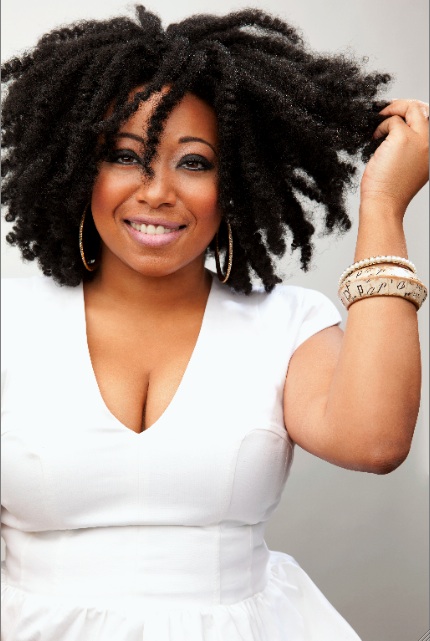 Today, we’re celebrating another one of my fabulous “The Beauties & Brains Behind the Brands II” panelists, Demetria Lucas! Most of us know her as a well-respected journalist for many of our favorite mags and author of the award-winning “A Belle in Brooklyn” blog, but some of you may have gotten your first dose of Demetria on BRAVO’s record-breaking reality show, Blood, Sweat & Heels.

Affectionately known as “Belle”, Demetria L. Lucas is the author of A Belle in Brooklyn: The Go-to Girl for Advice on Living Your Best Single Life (Atria) and the founder of Coached By Belle, a boutique life-coaching service, where Demetria helps clients solve their dating dilemmas and build healthy relationships. Demetria is also a contributing editor for The Root, where she pens two weekly columns, and is a contributing writer for the websites of The Grio, XO Jane, Essence, Clutch, Vibe Vixen and Uptown.

Demetria was named one of “the Blogosphere’s Best” by Black Enterprise Magazine, selected among “30 Black Bloggers You Should Know” by The Root, picked as one of Essence.com’s “40 Fierce & Fab Under 40”, and featured as “The Best of Brooklyn” by Brooklyn News 12. Additionally her debut book, A Belle in Brooklyn, was nominated for “Best Self Help” at the 2011 African-American Literary Awards, and her blog was awarded Best Personal Blog in the 2010 Black Weblog Awards.

Since being dubbed “the Black Carrie Bradshaw” in a Washington Post profile, Demetria has become a sought after media personality and speaker. She’s appeared on The Today Show, Bethenny, The Anderson Cooper Show, The Dr. Drew Show on Headline News, Access Hollywood, Good Day New York, Issues with Jane Velez on Headline News, the Oprah Radio Show, and the Tom Joyner Morning Show. She’s also been a guest speaker at Harvard, Princeton, Columbia, Howard, NYU, and Spelman College; and a hostess at the Essence Music Festival, the Fort Greene Music Festival, Circle of Sisters, For Sisters Only and many more. Demetria was also featured in the 2012 photo exhibition Her Word as Witness: Women Writers of the African Diaspora.

Demetria is the former Relationships Editor and dating columnist at Essence magazine, and has been a freelance writer for The New York Times, The Guardian, People, VIBE, XXL, Black Enterprise and ESPN the Magazine. She’s blogged about her dating experiences for Honeymag.com and been a book editor for Harlequin and BET Books, where she edited national bestselling and award-winning romance authors.

She graduated from the University of Maryland, College Park with a degree in English, then earned a Master’s degree in Journalism from New York University. She also earned an accredited  life coach certification from IPEC coaching institute. Currently, Demetria stars on Bravo TV’s “Blood, Sweat & Heels“, lives in Brooklyn, and is writing her second book, Don’t Waste Your Pretty: The Go-to Guide for Making Smarter Decisions in Life & Love.

To learn more about Demetria Lucas visit www.abelleinbrooklyn.com today. Ready to get up close and personal with Demetria and the other game-changers on “The Beauties & Brains Behind the Brands” panel?  Get your tix by clicking here!