Generation Soweto: Top 5 Reasons Why You Should Donate Today 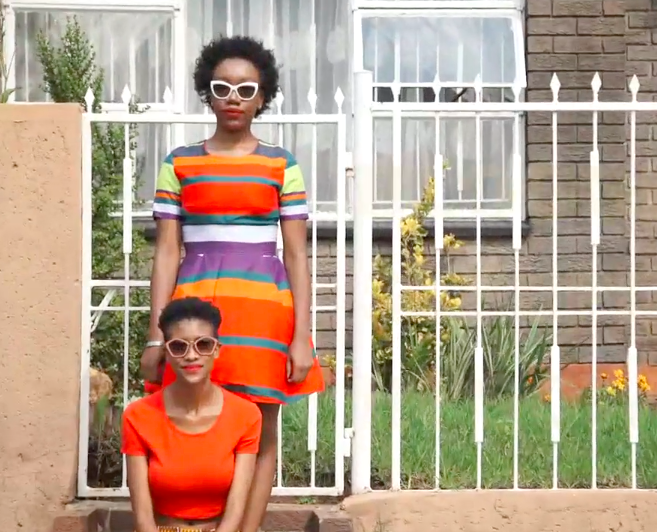 Ever hear about a project that just oozes goodness and you know you have to support? Nisa Ahmad, a veteran producer with over 20 years of experience in various television formats on shows such as The Osbornes, American Idol, Project Runway, The Real World, The Wayne Brady Show, Fantasia For Real, and Morgan Spurlock’s documentary series, 30 Days, has launched an Indiegogo campaign to raise money to complete production of her first documentary-movie: Generation Soweto.  The film is a documentary about millennials in South Africa following the lives of three female fashion and lifestyle bloggers and a male entrepreneur. It explores youth culture through the eyes of four 18-30 year olds in Cape Town and Johannesburg.

“Our project explores the current political and social climate, 20 years after the ending of Apartheid in South Africa, says Nisa Ahmad, Director. We look at how the job market, entrepreneurship, rising costs of living, technology in a developing country and gentrification are affecting communities and what that means for young South Africans. Because we live a globally connected world, I felt these stories were stories that people from all over the world could relate to.”

The campaign is live and the project fundraising campaign will run until August 31, 2015. With a funding goal of $80,000 needed to complete production, post-production and travel costs, various rewards are being offered to supporters ranging from a digital download of the movie to Executive Producer credits on the film.

Following are Nisa’s top 5 reasons why you should donate to Generation Soweto:

2. In the United States, although we have the hash tag #BlackLivesMatter, we are bombarded with images that tell us otherwise. I’m working to balance that, by telling stories of triumph and hope for our people.

3. These are some of the most amazing, inspiring, young people I’ve ever met, and their stories deserve to heard around the world!

4. I’ve invested my savings and extended my credit cards to bring these stories to life. The price of a few lattes would be great donation and probably won’t put you in the poor house.

5.  I’m trying to make my mother proud. She was a teen activist, inspired by the Soweto youth uprisings. She took me to see Mandela, and this is to help carry her legacy as well.

P.S.: This is not an “all or nothing” campaign, the film will receive a percentage of all donations no matter the final funding amount. Visit generationsoweto.com for more details, follow the movement on IG (@gensoweto) and Facebook, and last but certainly note least, click here to make your donation today!