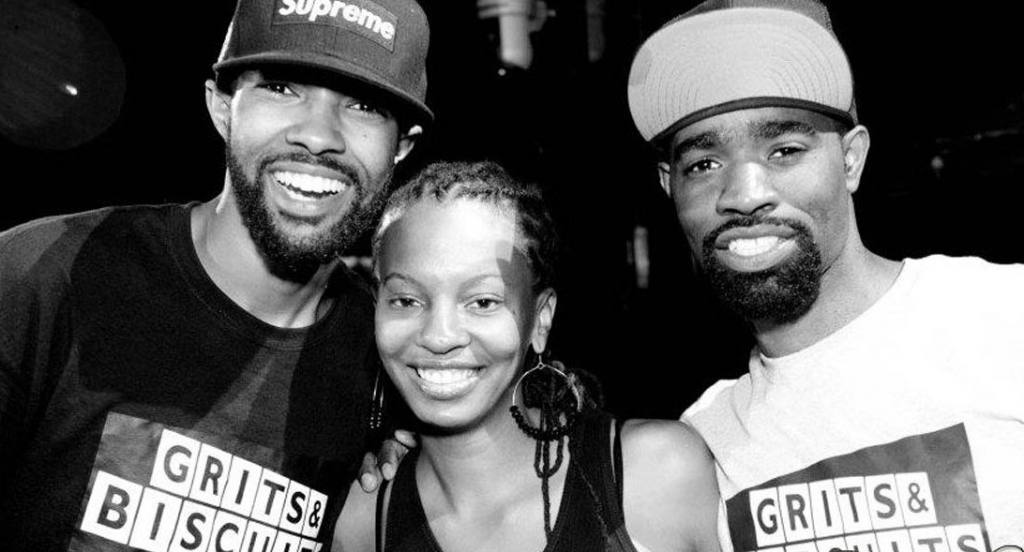 What’s not to love about Grits & Biscuits? As the hottest (literally and figuratively), event series in the country, it’s one of the very rare occasions where people of all ages can twerk like nobody’s watching with their favorite Dirty South music as the soundtrack. What kicked off six years ago as a way for three southern transplants to bring a bit of home to the Big Apple, has now grown into an aspirational brand that travels the country, giving its loyal followers a chance to drop it low while leaving the stress of everyday life at the door. With tickets that sell out within minutes, Grits and Biscuits is definitely that party you don’t want to miss.

So, what goes into producing such an unforgettable experience for hundreds (and sometimes thousands!) of guests? Just in time for Grits & Biscuits’ annual Block Party here in New York City, I got to chat with Erika Lewis, the beauty and brains behind the brand, to get the inside scoop on how she and her partners create magic that just can’t be duplicated:

In Her Shoes: Congrats on six years of Grits & Biscuits! I’m sure it has been an eventful ride. What’s one of the biggest lessons you’ve learned on this journey?

Erika: One of the biggest lessons I’ve learned is that my gifts are not easy. For a long time I assumed that things that are “easy” for me are also easy for everyone else. In this process I learned that this isn’t true, and that I have the ability to create spaces that bring people joy. What I create with Alzo and Maurice is something that is special and not easily replicated. For that reason, I say my gifts are not easy. 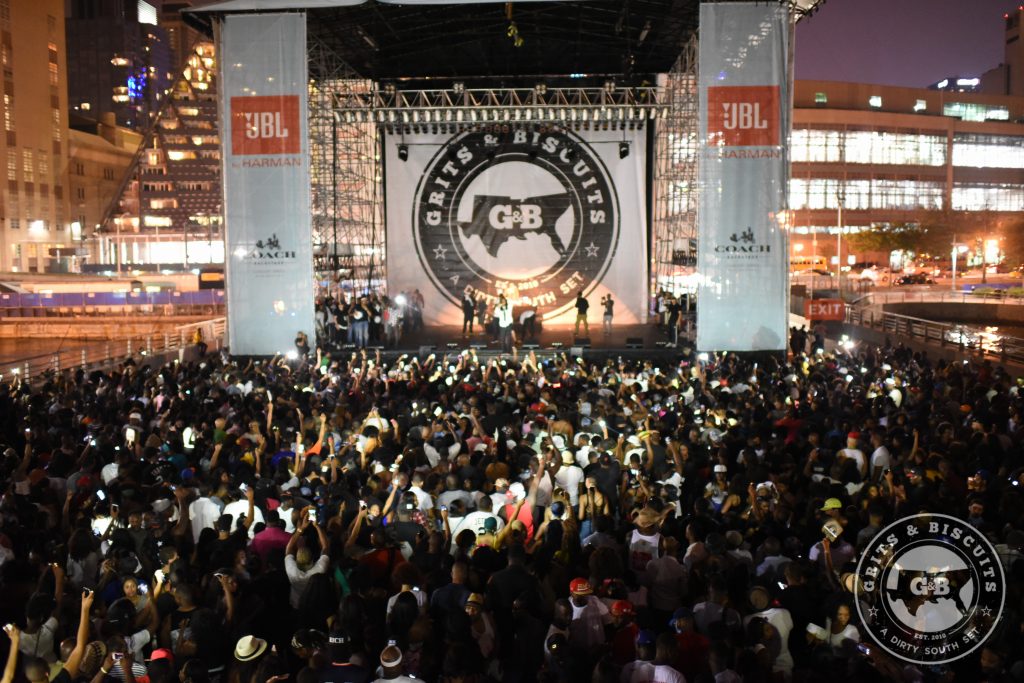 In Her Shoes: What’s your secret to juggling a successful career in media with being the beauty and brains behind one of the most popular event series in the country?

Erika: When I was looking to make a career change back in 2012, the parties were still growing and I decided to add Grits & Biscuits to my resume. It was important for my next employer to know that E.Z.MO Breezy was a part of my skill set, it was not going anywhere and I needed them to appreciate it. That is my secret. I can’t imagine working two full-time jobs without the support of my colleagues on both sides. My day job appreciates how I am able to bring my whole self into my work. My faith is also very important to me. If I didn’t have that to lean on, I’d probably go crazy. 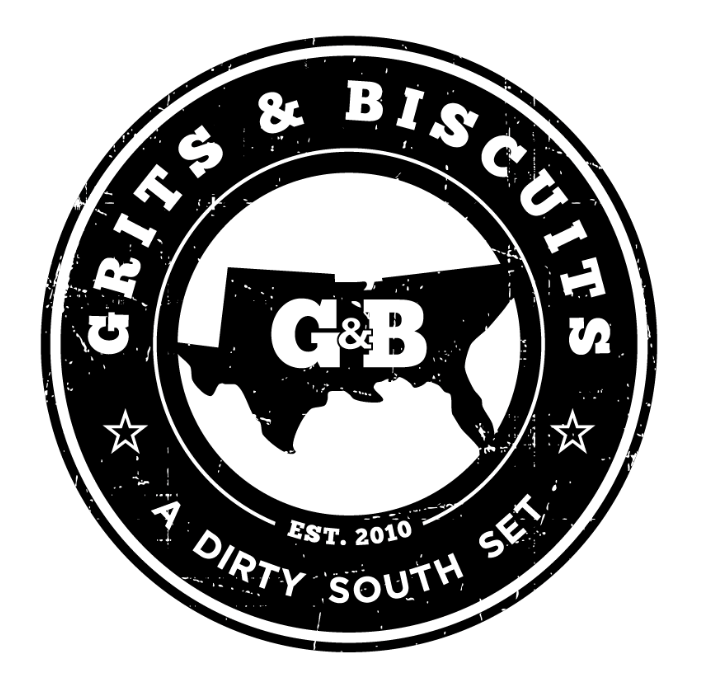 In Her Shoes: How did you and the fellas land on the name Grits & Biscuits?

Erika: The name and concept came out of a friendly conversation between my business partner, Alzo Slade and me back in 2009. After listening to a CD (yes, a CD) of southern hip-hop that a DJ friend of his sent him from Texas, we started discussing the idea of a southern party. I mentioned in jest that the name needed to be something that immediately made you think of the south and Zo replied without hesitation, “grits.” I loved it. But then he said “it needs two names, because all good parties have two names, like Jump & Funk” so he suggested “Biscuits & Grits.” I didn’t care for it as much as “grits,” so we switched the order and the rest is history. 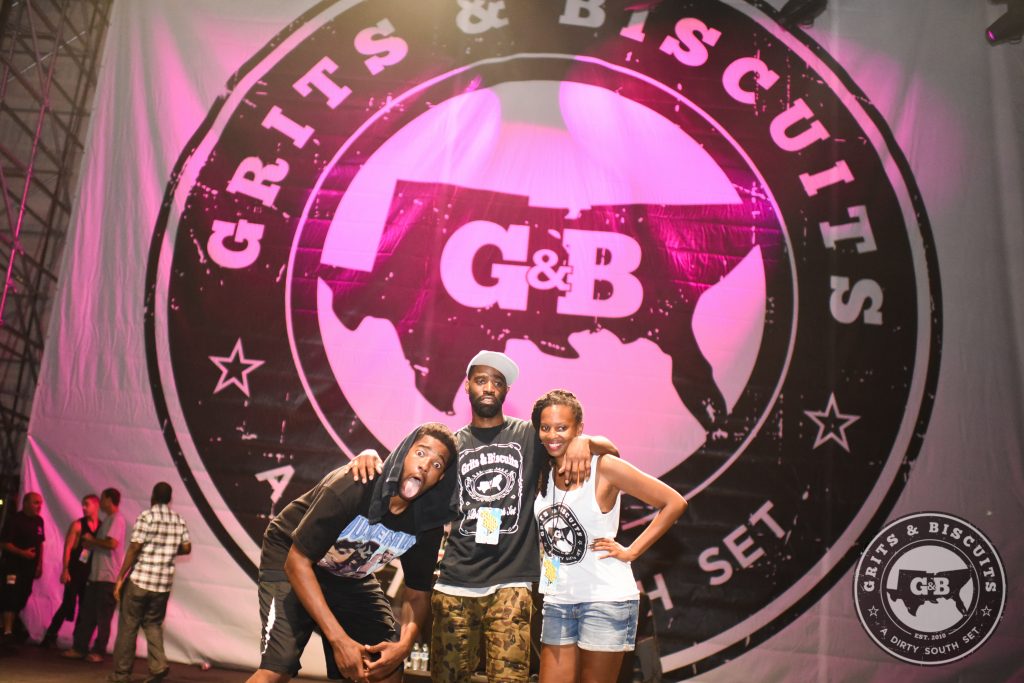 In Her Shoes: What are some of the challenges and opportunities you’ve faced as the only woman on the Grits & Biscuits team?

Erika: I have to say that the challenges have been very few. I have been fortunate in my partnership. Going into it, I did have a brief moment where I was concerned with going into business with two brothers. After the first event we sat down and laid out the values of the business, which was a huge step. What we learned from this meeting was that we’re all on the same page in terms of the direction we’d like to take Grits & Biscuits. There was an alignment of values and respect for each other’s skill set. We all have an equal voice and with three partners, majority always rules.

With the Slade brothers being the face of the organization, sometimes you need a woman’s perspective to help them see the other side of things. The men I’m working with respect women, so I’ve never felt that being the only one on the team has presented a challenge. In fact, it has been a complete asset. 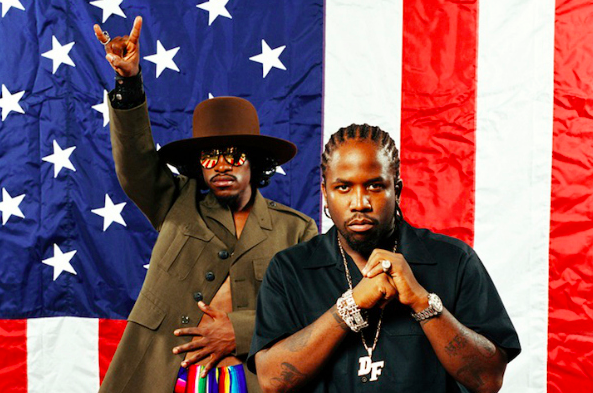 In Her Shoes: If you had your pick of one artist to grace the Grits & Biscuits stage, who would it be and why?

Erika: I always appreciate women having a voice on our stage. Last year’s performance by Trina on our fifth anniversary was like a dream come true. If I could think of one more act I’d love to work with it would have to be Outkast. Why? Because it’s Outkast and “The South Got Something to Say.”

In Her Shoes: What are the top three pieces of advice you’d offer someone who wants to make her mark in a male-dominated field? 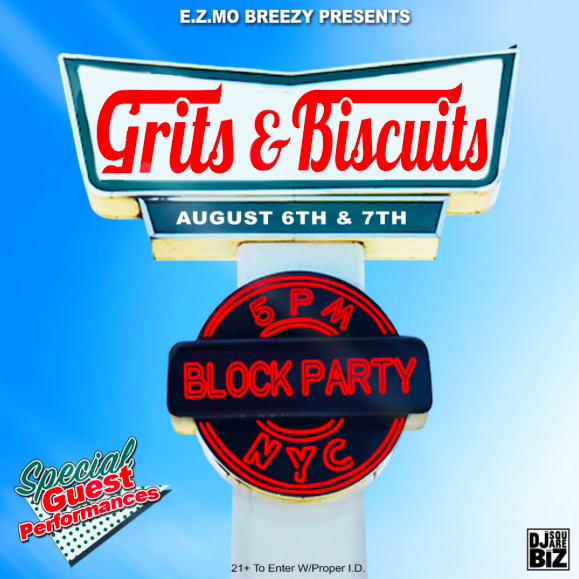 In Her Shoes: What’s next for Grits & Biscuits?

Erika: The Grits & Biscuits Block Party is this weekend. A few tickets are still available at gritsandbiscuits.com so we hope to see you there!