In His Shoes: Paul Carrick Brunson

Paul Carrick Brunson: Founder, One Degree From Me 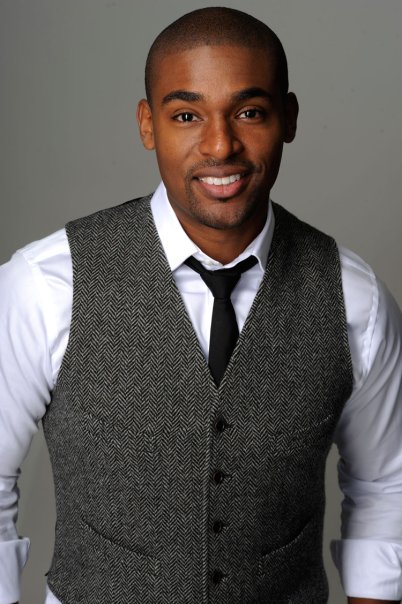 Today I’m happy to share my first installation of the In “His” Shoes series. Yes, ladies you’re in the right place and your eyes haven’t deceived you. Once a month, In Her Shoes will become In “His” Shoes as we shine light on our male counterparts who are blazing their own trails, launching their own businesses and building their own brands. Our first Fly Fella Entrepreneur is none other than “The Modern Day Matchmaker” and founder of One Degree From Me, Mr. Paul Carrick Brunson.

If you’re not familiar with Paul yet, shame on you. He’s definitely one to watch! As a husband, father, certified life & relationship coach and leader in the non-profit world, Paul spends long days and nights making matches, spreading love, and rebuilding schools in the U.S. and Caribbean.

With close to 10,000 loyal followers, Paul shuts Twitter down each and every week with Modern Day Matchmaker Wednesdays where he utilizes the popular social media network as a vehicle to connect eligible bachelors and bachelorettes. As you can see, Paul is a pretty busy guy but luckily for us, he found some time in his demanding schedule to get up-close-and-personal with In Her Shoes. Introducing, Mr. Paul Carrick Brunson: 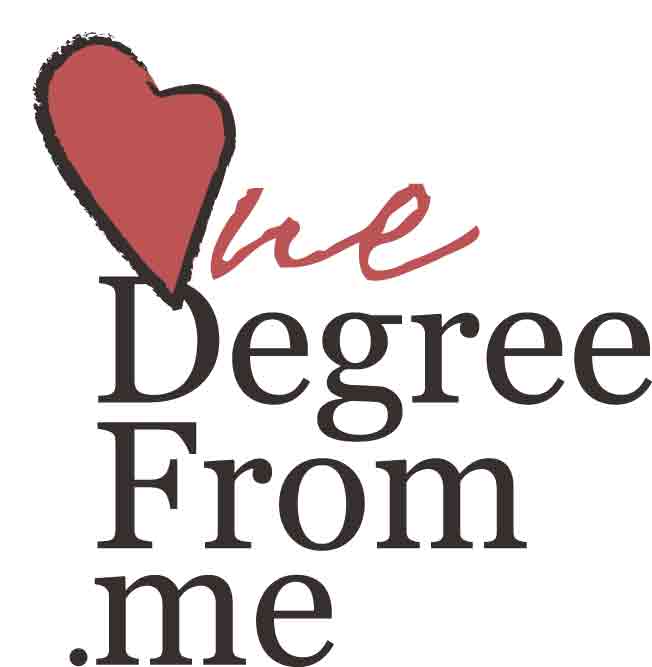 In Her Shoes: Tell us a little bit about what inspired you to launch your matchmaking business, One Degree From Me:

Paul: There was one main event that led me to launch One Degree From Me. I have a foundation called the L10 project. We run summer programs for underserved youth and manage school revitalization projects. During the Summer of 2008, I was running a program with 100 students and was responsible for registering each one. After getting background information from all 100 students, I realized that not one of them came from two parent households. After working with the students all summer I witnessed how this reality impacted them socially and emotionally.

I spoke to my wife about my concerns and we decided that we’d invite few singles over to meet each other and see how we interact as a couple. We knew we couldn’t dramatically change the statistics in our community but felt that by taking baby steps, we could definitely make a difference.

The singles gathering we hosted was a success so I was inspired to start researching companies that offer these type of introductory services. One of the execs I spoke to in New York invited me out to an event. I went to meet her and turned out it was a matchmatching conference. As I looked around the room it hit me…I was the only person in the room under 40. Not only that, I was the only black person in the room and I was the only male in the room! I was a straight anomaly. There were all of these life and relationship coaches in the room and not one of them looked like me! This is what inspired me to launch One Degree from Me. 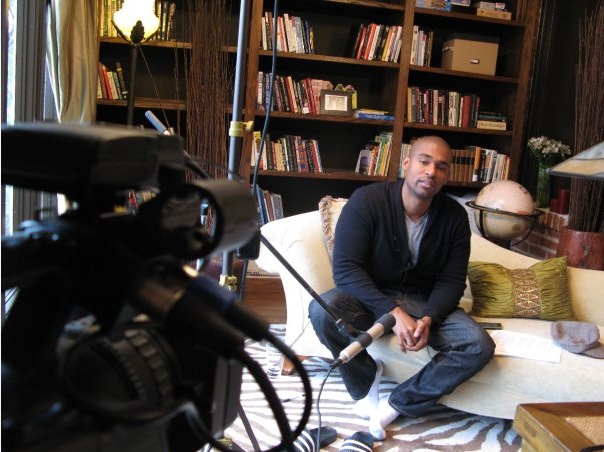 In Her Shoes: What were some of the fears or uncertainties you faced as you prepared to introduce your brand to the world?

Paul: My first uncertainty was that I would be the very first black male matchmaker in the country. Why hadn’t another black male done this before? Was it not profitable? Would I be able to make it?

My number one fear was that I was embarrassed. I’d just graduated from business school and had friends taking high-powered investment banking jobs. My father is a recognized businessman in New York. I thought I would always be that “corporate guy” so ultimately, I was afraid of what people would say.

In Her Shoes: Your business name, One Degree From Me, is super cute. What’s the story behind it?

Paul: My long term goal with One Degree from Me is to expand beyond helping my clients find love. It’s about creating romantic and platonic relationships. What I’m trying to convey is that we’re no longer six degrees away from each other. Healthy relationships (romantic or platonic) are closer than you think… 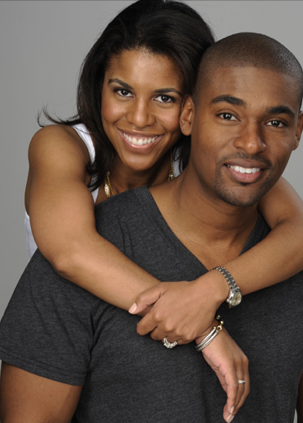 In Her Shoes: What are some of the main things men are asking for from the women you’re connecting them with?

Paul: A big surprise to a lot of people is that men are asking for more intangibles while the ladies are asking for more tangibles. For ladies, the number one challenge they have with men is height. 9 out of 10 women have mentioned this. I once had a 45 minute conversation with a woman who was 5’3 and wanted a man over 6 foot. I spent close to an hour trying to convince her to bring her height requirement down by at least an inch or two.

I’ve found that the men I’m working with are looking for the simple things. One thing that I hear a lot from my male clients is that they are looking for a woman to believe in them. We’re all individuals with a variety of needs and wants as men but in general, that need and feeling of belief is strong.

Another important thing I hear from the guys is that they want a “feminine” woman. For example, I have lots of female clients who are in top management positions and frequently go on dates directly after work. Bad move. Why? Because showing up on a date with stuffy work clothes, Blackberry on the table and a corporate, power-driven vibe is not attractive to most men. Women walk away thinking the guy was simply intimidated but the truth is, they didn’t find them to be feminine. 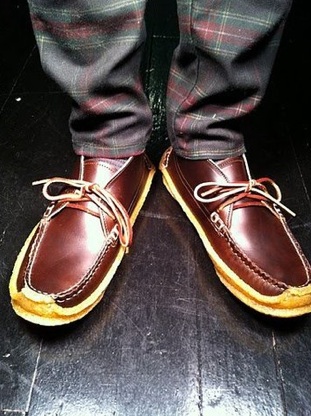 In Her Shoes: What is a day like in Paul Brunson’s shoes?

Paul: I’m on the night shift with my 6-month-old son so I typically go to sleep about 3:30-4:30 in the morning. I’m normally just getting into the day by about 10 or 11 a.m. At that point, my day is broken out into a couple categories. The first part of the day is dedicated to working with my matchmaking and coaching clients.

I have an enormous team which consists of 27 part-timers and volunteers so communication takes up a great deal of time. We have team leaders so I’m constantly meeting and communicating with them.

Marketing is also a huge part of my day. Twitter, media interviews and the Modern Day Matchmaker Wednesday series which is really growing in popularity take lots of time to manage. We dedicate hours to developing ideas and would like to be recognized for being innovative.

Next year I’ll be celebrating ten years of marriage with my wife and our biggest challenge has been making time. The key is that you have to continue to ask yourself how you’re going to make things hot? How am I going to make time for my mate? As long as we continue to ask ourselves that we have to execute on it.

I highly recommend the The Five Love Languages as a must-read because it’s a God send! Knowing your mate’s love language is key. You’ve got to ask yourself the important questions and make sure you truly know what love is. 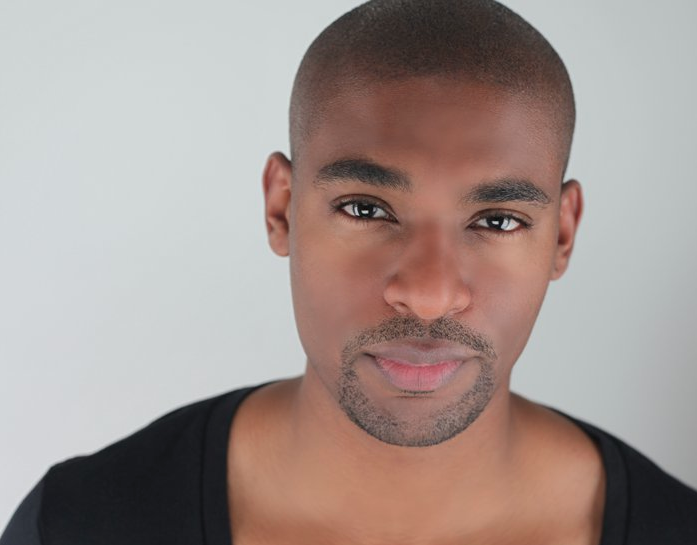 In Her Shoes: What advice would you give to the Fly Female Entrepreneurs out there who are ambitious, driven and have been successful in launching their businesses but not nearly as successful finding love?

Paul: I think it’s important to start with the end in mind. So many of us think in a linear fashion when it comes to relationships. For example, if you want to give a lot of money to children in Africa, you’re going to want to generate a certain amount of income. In order to do this you think to yourself that you’ll need to become the CEO of a company. To do this, you should go to business school first, then graduate and make the right professional connections to land your dream job. If the end goal is giving money to children in Africa, start doing it TODAY! Cut through all the noise. 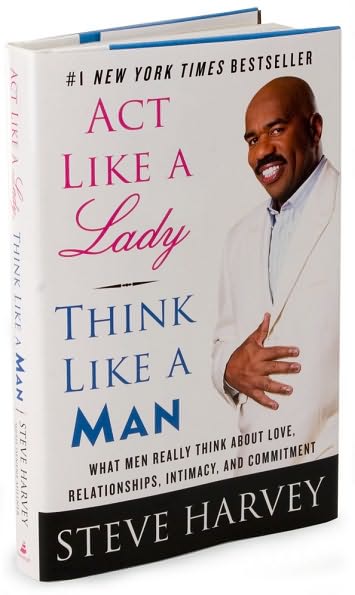 In Her Shoes: What are your thoughts on Steve Harvey as a relationship expert?

Paul: Most of what he says is right on but there’s one thing I definitely don’t agree with. He says that a man is not feeling like a man unless he’s making money. Get your title, get your money, get yourself squared away with those tangibles THEN you’ll be ready for a relationship. He also tells women the same thing – if men aren’t making money, they can’t commit to you. The way I see it, building is the whole purpose of marriage and committed relationships.

Being able to build together in a relationship is much more profound than building independent of one another.

Marriage in our society has been positioned as a net negative – a loss. If you talk to anyone in a happy marriage you’ll know that it’s a net positive – net gain!

In Her Shoes: I loved episode 12 of The Modern Day Matchmaker where you discussed the need to love yourself before you can unconditionally love someone else. Oftentimes people focus on the superficial aspects of finding love (looks, status, cars, money) but don’t even consider looking within. What type of feedback did you get from your audience on this episode?

Paul: This was overwhelmingly my audience’s favorite episode. They said “it’s so simple, but so right!” All of the tips we read in the media about how to get the man don’t mean anything if you don’t have yourself “right” or together. It’s not just lip service. Now that you know it what are you really doing?

1 out of 5 people in the U.S. are influenced by negative pathological relationships. This means that 20% of the people out there would test positive for the need for therapy in their relationships. Let’s think about it. These are the same folks out here looking for love. They’ve been impacted psychologically but are using these “tips” to get into relationships. That means you’re starting relationships with cracked foundations. This is why getting ourselves right is so very important. 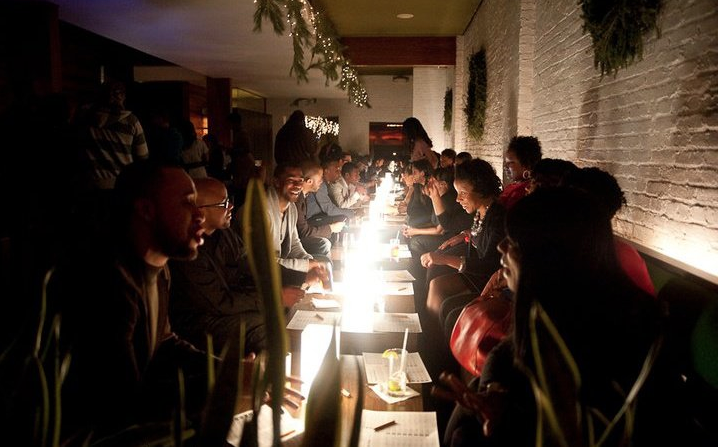 One Degree From Me: Flow Dating Event

Paul: There has been interest expressed by a lot of book publishers but we’re taking our time with it. We have a book in development and are working towards a first quarter 2012 release date.

Another aspect of the business we’re growing this year is our flow dating event series. Flow dating is my spin on speed dating. We’re making it cooler in a great environment where people are dressed up and getting to know each other with music as the backdrop. When the music is playing, the conversation is flowing. When the music stops, the conversations stop. In 2011 we’re hitting the top 25 cities in the U.S. and will be doing events all year around.

There’s also a whole entertainment career piece of what I do and we’re looking at a few TV opportunities. This year you’ll definitely see a few of our projects come to life via digital platforms.

Overall, what we hope to do in 2011 is broaden our audience and get more people to hear our message. Our goal is to simply keep hope alive!

For additional information on Paul Carrick Brunson visit www.onedegreefrom.me or follow the movement on Twitter by clicking here.

← Previous Story “Thank” Before You Speak
Next Story → Let’s Call it a Comeback!