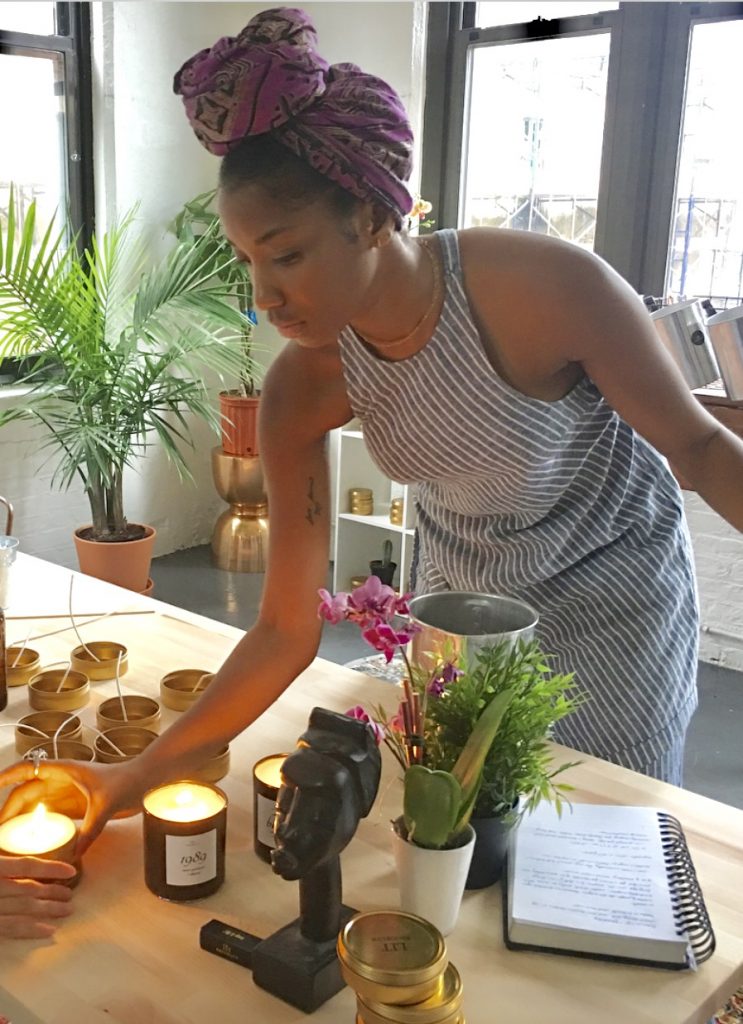 By In Her Shoes Contributor: Brianna Arps, @briannaarps

Nearly a month or so before the close of 2016, I had the absolute pleasure of meeting Denequa Williams, the founder and creator behind LIT Brooklyn.

For those unaware, LIT is one of the most sought-after, Black-woman-owned candle companies in the business. She’s completely on fire, with the brand’s signature scents flying off the shelves almost faster than they can be poured into their chic glass and gold tin containers.

I’m blessed to now call her a friend.

Recently, we sat down and chatted more about life before LIT and how she plans to expand in the future. Keep reading for the deets from our exclusive chat! 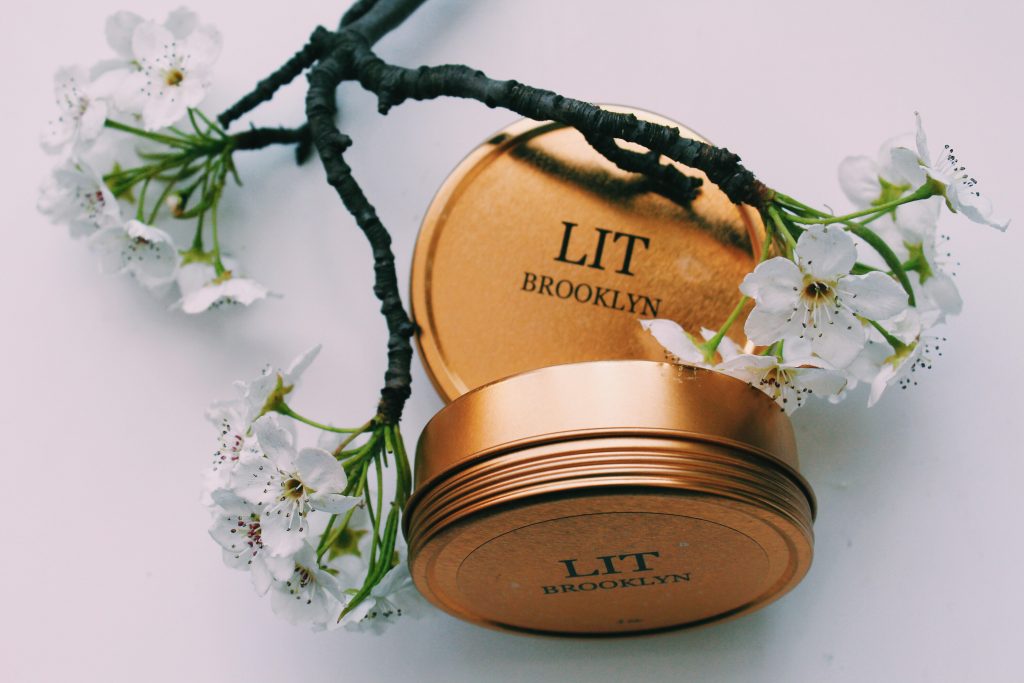 In Her Shoes: For those who aren’t aware, give us a brief rundown of your career prior to establishing LIT Brooklyn and the story of how you founded it.

Denequa: Before I founded LIT Brooklyn, I worked retail at a luxury French boutique in Soho. It was actually my first commission-based job, so you can only imagine how hype I was to not just be getting paid my salary but also getting a percentage of what I sold. I was like, “This is LIT.” I’ve always done naturally well at sales; my dad ran a successful business for over 30 years. In my first year, I made the company $1,000,000. I never realized how crazy people went over cashmere. I worked there for almost two years. I started as a sales associate, and I then was promoted to a supervisor. My last standing position was as an assistant manager. However, there came a time where I no longer felt challenged, and overall things were just becoming boring. So, I left. That was my last “job” back in September 2014. It took about three months of spending time with “Denequa,” figuring out what I loved, who I was and what I didn’t like. Then, the thought of LIT Brooklyn just came to me. I’ve always loved candles. Since I was a little girl, there was always a fascination with them, so then I thought why don’t I just make them. I used everything that I learned from my previous job and implemented it into my business, and thus here we are today.

In Her Shoes: What is it about candles that light up your world? Yes, pun intended.

Denequa: It’s literally the fact that having a candle lit transforms the energy in a room. It’s such a beautiful thing that an object so tiny has the ability to change a mood. Or, the scent can evoke a distant memory. And it’s also something I created to be a personal light in what was a very dark time for me. That’s also part of the reason why I have cute little messages on my matches such as “hold onto your light” and “keep it LIT,” which serves as reminders to myself and others whenever needed. 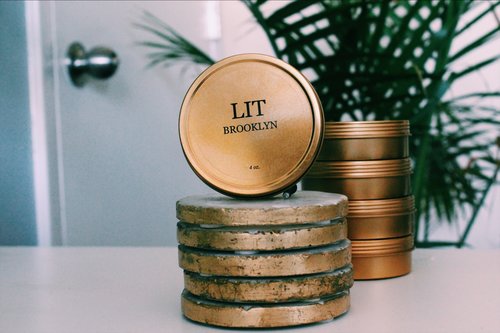 In Her Shoes: I recall having a conversation with you in late 2016 about LIT initially being a joint venture with a partner who is no longer involved with business operations. What advice can you offer in regards to starting a joint venture and what it takes to be successful?

Denequa: Starting a joint venture should be approached the same way as a friendship, a relationship, or a marriage would be approached. Both parties have to be willing to put in the work and be present. Too often, people love the idea of something but don’t realize what goes into maintaining or even running it. To have a successful joint venture, there needs to be structure. All parties have to be willing to be brutally honest with expectations and what they are capable of actually doing. I’m not against joint ventures, they just aren’t for me.

Before starting a joint venture, there are a few questions I think you should ask yourself & your potential partner:

“How serious does that person take themselves?”

“Why do you want to go into business with them?”

“Where do they see themselves in five years?”

“What’s the last book you read?”

“What are you all’s strengths and weaknesses, and what will each party bring to the table?”

“If this person bails, would you be able to hold it down?”

And the last bit of advice I’d give is, keep your “business” off of social media. If it ever gets that far, never respond, especially if the claims are false. If you respond, you risk the integrity of the brand that was built. Remember focus on long term, never on distractions. 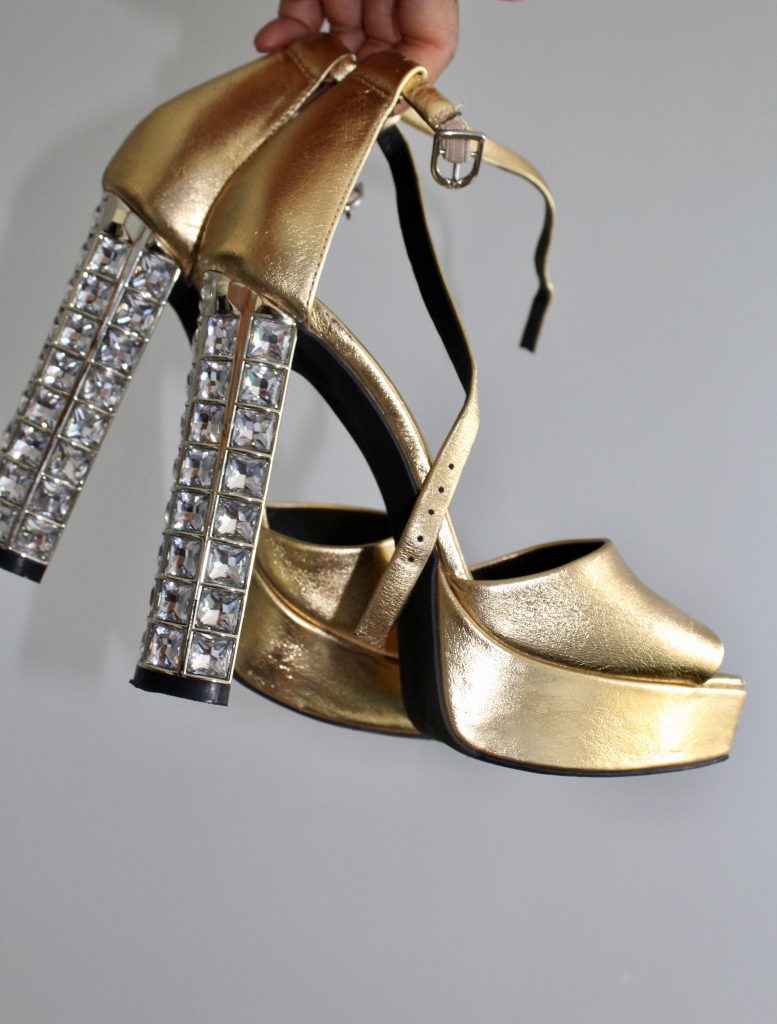 In Her Shoes: What has been your greatest challenge as an entrepreneur? Additionally, what’s a day like in your shoes?

Denequa: My greatest challenge that I’ve endured as an entrepreneur is probably time management. I want to do everything and be everywhere, and realistically that just isn’t smart or possible especially when you’re holding down the fort solo. A day in my shoes is pretty spontaneous. No two days are ever alike. For the most part, it starts with me waking up around 5 or 6 A.M., prayer, checking emails, and then knocking out the agenda for the day which can range from making candles, to packaging them, meetings, scent testing, etc. 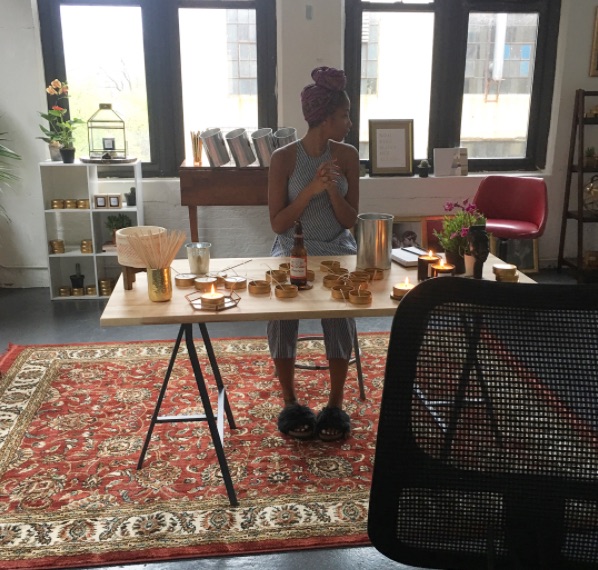 In Her Shoes: You’ve had a steady release of successful collections and collaborations. How do you stay one-up on your competition? What would you say motivates you to keep pushing, innovating and ultimately growing?

Denequa: I stay one up on the competition by not even viewing another company as such. I’m one of one, and everything I produce with be of that also. I don’t follow any other candle companies on social media — not because I don’t support them, of course I do. I just want to filter out any distraction and focus on the subject that I’ve learned best, and that’s LIT Brooklyn. As human beings, especially in society right now, on social media, you see something, become “inspired” by it and then do the same exact thing. You do this, never considering the fact that it’s not your vision. In order to keep my brand growing and flourishing, I always go back to the drawing board. And the question I always ask myself is, “Why did you start this in the first place?” And the answer is simple: I didn’t start a brand and invest my own money into it to become a carbon copy of someone else. I hope to inspire people to become better versions of themselves instead of a knock-off version of someone else. The result is never good because the passion was never there. What motivates me are other successful bosses. That is an automatic surge of inspiration; I love to see it. Radio personality, Charlamagne The God,  tweeted something the other day that really resonated with me. He said, “You don’t get jewels from people so you can be another them. You get jewels from people so you can be the best version of you.” 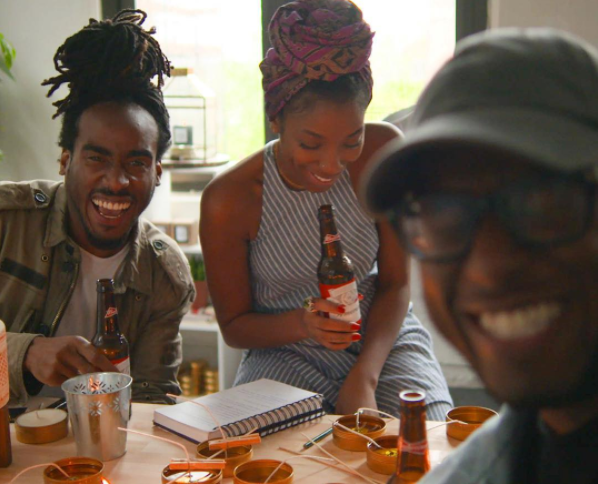 In Her Shoes: LIT has received recognition from several mainstream brands and publications, including Anheuser-Busch. Would it be possible to share the story of how the brew company contacted you to be featured in one of their most recent campaigns?

Denequa: All I’m going to say is check your emails! They contacted me to be apart of this campaign because of my Instagram page. They loved how it was curated and the fact that I was a real person. Once I responded to the email, I waited. Two days later, I had a missed call and a voicemail. It was the director of the commercial herself to confirm a date and the time of the shoot. She only had two requests. The first was that she had seen numerous pictures of me where I had my hair wrapped up, and she asked if I could come to set as such. I obliged. The second request was to bring anything on set that feels like LIT Brooklyn. I got off the phone and cried. Because what else is there to do when something as amazing as this happens? Fast forward to the day of the shoot. They sent a car to pick me up, but the Brooklyn girl in me had seen the movie ‘Taken’ one too many times, so I had my boyfriend Khiry follow very closely behind the car all the way to the set.

If that wasn’t enough, I had my friend and videographer Eshama meet me there also. When we arrived, the set was a gorgeous loft in Brooklyn. They really paid attention to my social media because they had everything on set that represented my Instagram posts. There were plants, positive affirmations, books and lots of gold things. Everyone on set was amazing and friendly. I felt extremely comfortable, especially after they passed the AUX cord. The only thing that was acceptable to play at that very moment was HOV. At the end, they said that my shoot was the quickest that they shot throughout the entire campaign. For fun, the director asked if my boyfriend and friend could hop in the frame for a second, which of course, I said, “Let’s do it!” We wrapped, and then months later the commercial aired during the week of the NBA Finals. I could finally talk about it then, but I still haven’t seen it live on TV yet.

In Her Shoes: What do you have your sights on next? What plans can fans of yours expect as the summer heats up?

Denequa: I have my sights on expanding the brand and being available internationally and abroad. Believe it or not, a lot of what happens with LIT takes little planning. If I have an idea, I get all parties on board, and then get to work and execute it. Fans of LIT can definitely look forward to more collabs and new products. To be honest, I’m just getting started, and I love the direction that LIT is heading. Hi Oprah!

← Previous Story Kimberly Brown of Manifest Yourself Serves “Goal Digger” Realness
Next Story → Walmart Supports “She Did That.” & Ramps Up Supplier Inclusion Initiatives