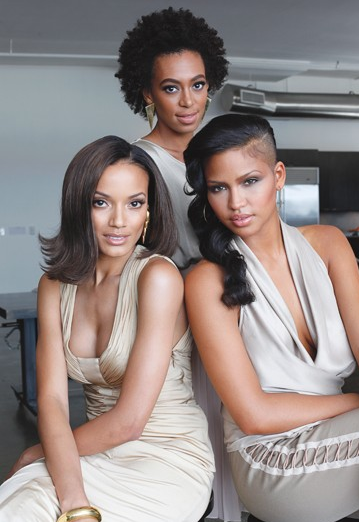 Don’t you just love how Lisa hand-picked such a stunning group of women who represent a wide array of ethnicities? We’ve got Cassie who is African American and Filipina, Selita who represents Jamaican, Irish, Indian and African, then last but not least, our girl Solo (better known as Solange) who is African American and French Creole. Such a beautiful representation of rich culture among women of color.

What we’re doing now is moving into a polyethnic space. When I say polyethnic, I mean women who are made up of several ethnicities,” Stoute explained. “If you ask them what they are, they’re going to use a lot of different words to describe themselves. That’s in line with the Census data coming out — people are checking much more than two boxes.

Congrats to fly female entrepreneur Lisa Price for yet another power move on behalf of her brand!