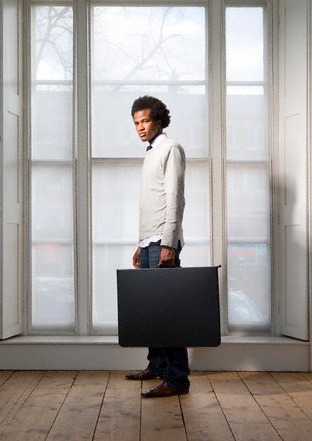 When it comes to running a business, there’s a lot we can learn from our male counterparts according to USAToday.com. Yesterday I stumbled upon a really interesting piece on the site that listed a few important lessons we can get from the businessmen in our lives. Following are the points that truly resonated with me. Grab a pen, a pad, and take notes!

Be more confident. Men concentrate on what they have, not what they lack:
A friend who was a hiring manager told me, “If there are 10 qualifications for a job, a man will apply if he has one; a woman won’t apply if she’s missing one.” Women can learn from that. One of the most significant differences cited in a 2010 Kauffman Foundation study of women and men entrepreneurs found that women put far more emphasis on previous experience as a component of success than men. Women often feel they must be overqualified to succeed.

Move faster: In my experience, women are more strategic; men quicker to act. In business, you often have to act fast and improve later. Women often go, “Ready, aim, aim, fire.” And men: “Ready, fire, adjust.”
Sometimes, you just have to pull the trigger.

Get help. Women think they have to do everything themselves and are far slower to hire:
A 2010 survey of women business owners from the organization Count Me In for Women’s Economic Independence confirmed this. “Hiring is simply not perceived as an important factor in expanding their businesses. In fact, it is viewed as an impediment,” the survey’s authors said. Instead, women felt the best way to grow was to just be “more efficient.”

In other words, women believed they would grow if they just did more themselves:
Go for the gold, not the glamor. Women generally want their businesses to have intrinsic value, to accomplish something important that they have an emotional connection to.
Men are far more willing to just make money. Often that means following opportunities that seem, well, boring.

Don’t eliminate all the buzzwords: I recently attended a meeting of women tech entrepreneurs, and each clearly explained her start-up without jargon. That’s a good thing, right? Aren’t you supposed to have a concise, understandable elevator pitch? Well, yes and no. Men are better at making what they do seem more difficult — more like a secret only they know the answer to. That makes their work appear more valuable, and they can charge more or raise more money. So make your work seem special.