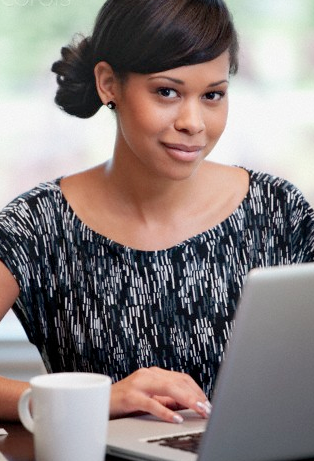 My mornings aren’t complete if I don’t make those mandatory rounds to my favorite blogs and websites, including inc.com. Every visit to this site gives me something new to consider and this morning’s findings were no exception. KC Ifeanyl’s latest contribution to inc.com was just the jolt of “you can do this!” I needed to get the day started. Appropriately titled, “Why Black Women Make Great Leaders”, this timely post shares research findings that support what we already know – black girls rock! Here’s why:

When comparing leadership styles, it’s often been proven that men who are more assertive are viewed positively, while women who exhibit dominant behavior are viewed negatively. But what happens when you add race to the equation? Does the perception of leadership styles between men and women remain the same? According to study released earlier this month, an interesting phenomenon takes place that turns that commonplace perception on its head–that is, at least for black women.

The collaborative research effort from Duke University’s Fuqua School of Business and the Kellogg School of Management at Northwestern University found that black women in leadership roles who show dominant behavior see less of a backlash than their white female or black male counterparts—ergo, putting black women on par, in this respect, with white men.

In an online survey of 84 non-black participants, subjects were asked a series of questions based on eight different scenarios of fictitious executives either communicating dominant or communal behaviors. A forceful and direct leadership style reflected negatively on white females and black males but positively for white men and, surprisingly, black women.

← Previous Story Refresh: YanaHandbags.com
Next Story → 7 Positive Signs That You’re Made For Entrepreneurship