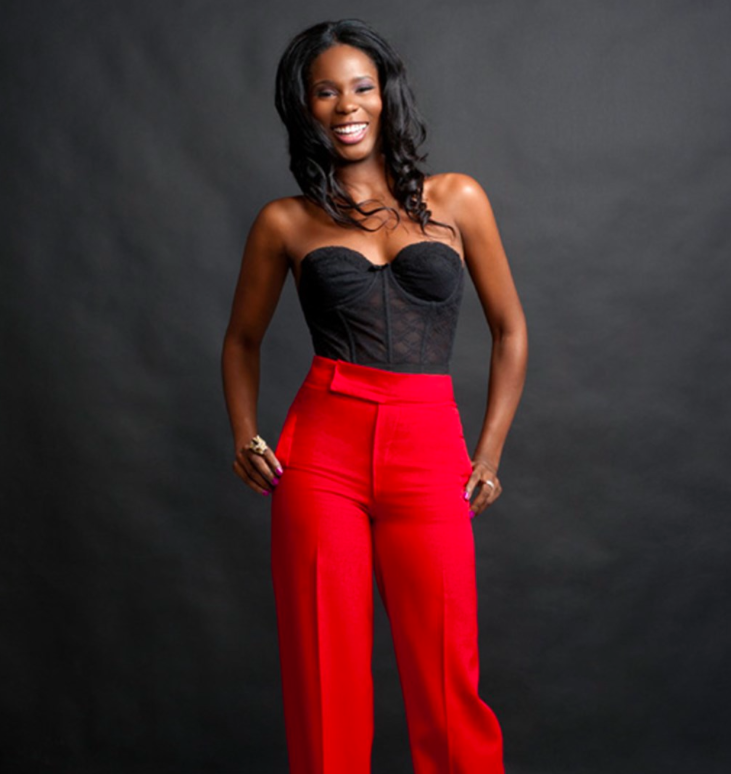 From Project Runway to Harlem’s Fashion Row and most recently, the ESSENCE Street Style Block Party, Kimberly Goldson has truly been working her talents for the world to see. As the Chief Executive Officer and Creative Director of her eponymous clothing line, Kimberly is ensuring that if you’re into fashion, you WILL know her name. I had a chance to check out her latest project in partnership with ESSENCE and Chevrolet as part of last weekend’s much buzzed about #EssenceStyle Block Party. Kimberly left her creative mark on a 2015 Chevrolet Cruz turning an otherwise average automobile into a head-turning work of art: 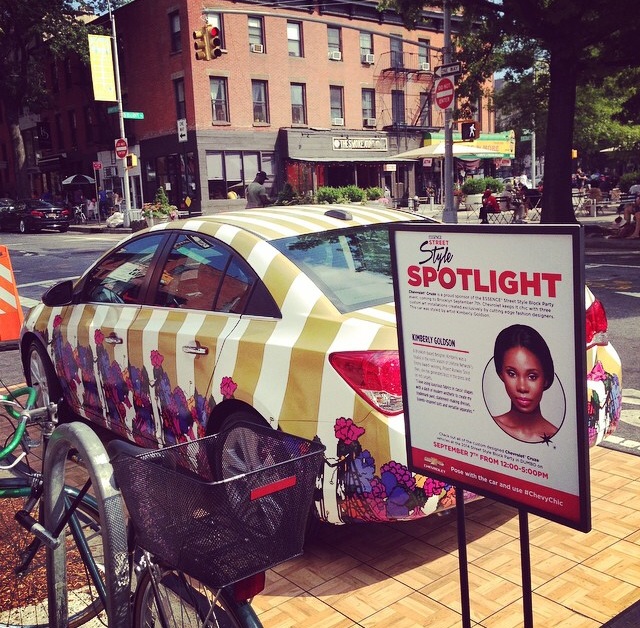 With nearly two decades of experience under her belt, Kimbery was surrounded by fashion at an early age. Her career includes sourcing, sales, merchandising, and buying. She attended the Fashion Merchandising Management program at the Fashion Institute of Technology. Kimberly began her career learning the business behind the industry, working with and for such prominent brands as Rocawear Juniors, Nike’s Brand Jordan, La Regale, FILA, and M. Fabrikant and Sons and honing her skills as a merchandiser, stylist, new product development specialist, and account executive. She is self-taught in design and began her fashion design career with custom work for clients in Atlanta, Georgia. Her designs were met with great success as she was noted in Rolling Out as an emerging local designer to watch. Deciding that she needed a bigger launching pad, Ms. Goldson auditioned for and landed a spot on the ninth season of Lifetime Network’s Emmy Award winning program, Project Runway.

As one of four finalists on Project Runway, Kimberly showed a 10- look collection at Spring/Summer 2012 Mercedes Benz Fashion Week. Her chic and colorful collection received rave reviews in the press, including an article in the New York Post predicting that she would win the entire season. Ms. Goldson is grateful for the opportunities, relationships, and exposure she received from her Project Runway experience. After learning more about who she is as a designer through the show, Ms. Goldson’s Kimberly Goldson brand is a focus of that evolution. Luxurious textiles in classic shapes with a nod to current trends are the center of the brand. “I like to take classic shapes and styles and put a slight twist to them so that you can keep them in your closet forever” said Kimberly.