New York City “She Did That.” Premiere Recap

By In Her Shoes Contributor: Keyaira Boone

Three years ago, God planted a seed in Renae Bluitt’s mind. After years of sharing the inspiring stories of Black women with entrepreneurial spirits and steadfast resolves on In Her Shoes, she would find a way to show them.

On Monday July 30th, some of the most influential names in New York’s entertainment, beauty, and fashion industries gathered at The Mezzanine event space in Manhattan to celebrate Renae’s idea becoming a movie thanks to the generosity of brand partners like ESSENCE, General Motors, and Rafaella. Actress, beautypreneur, and digital maven, Africa Miranda, served as the evening’s Mistress of Ceremonies. 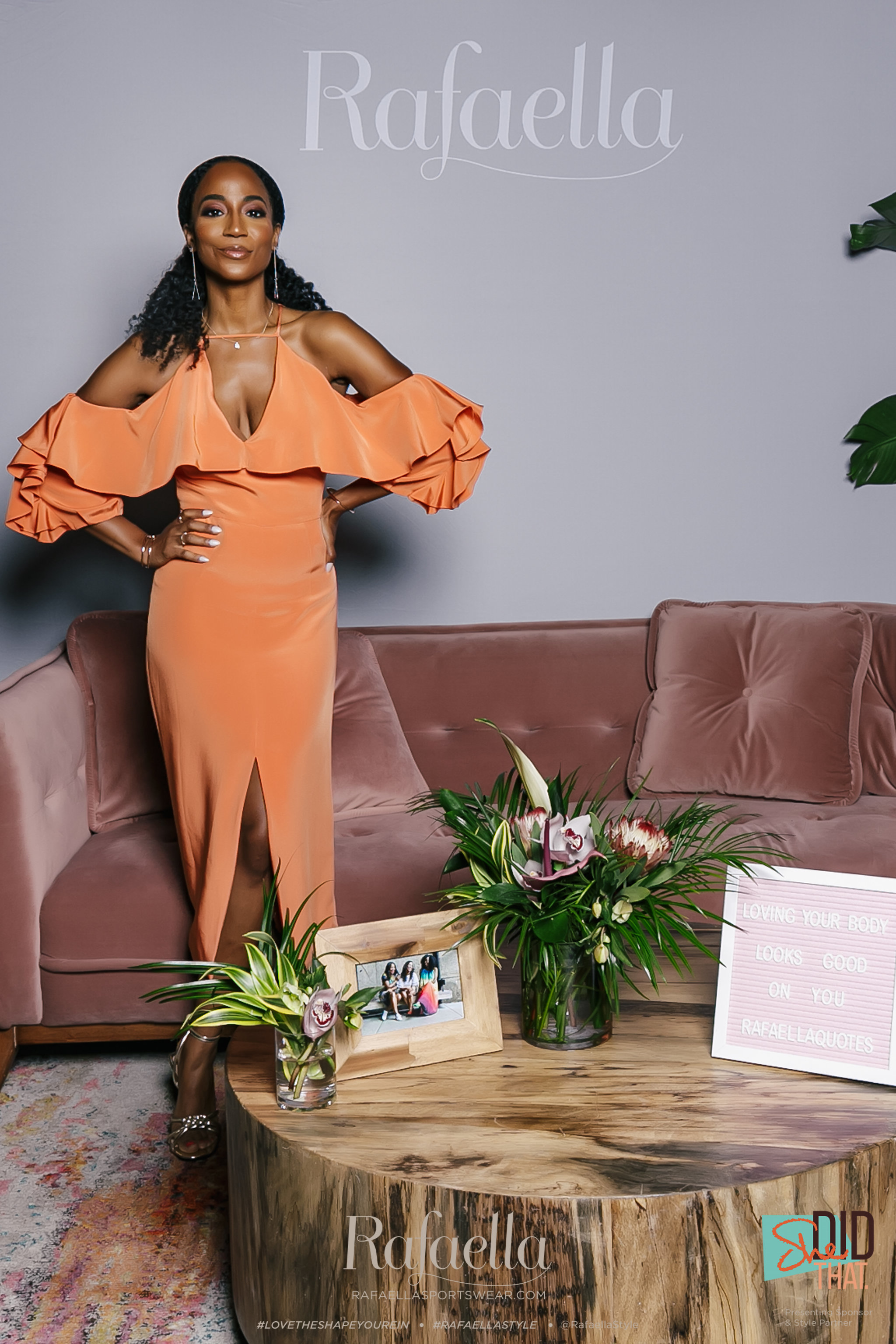 A feature-length documentary showcasing “the highs, the lows, and murkiness in between” Black women’s entrepreneurial journeys, “She Did That.” made its initial debut in New Orleans at ESSENCE  Fest to overwhelming national praise. Those sentiments were echoed when those in attendance for the NYC premiere got a first look at the highly-anticipated film.

Entrepreneurship is often glamorized in the media. The perpetuation of #GirlBossGoals makes the complicated and stressful tasks associated with building a successful business seem as easy as posting a picture of a rose gold Macbook next to a stack of monogrammed marble Post-It notes. 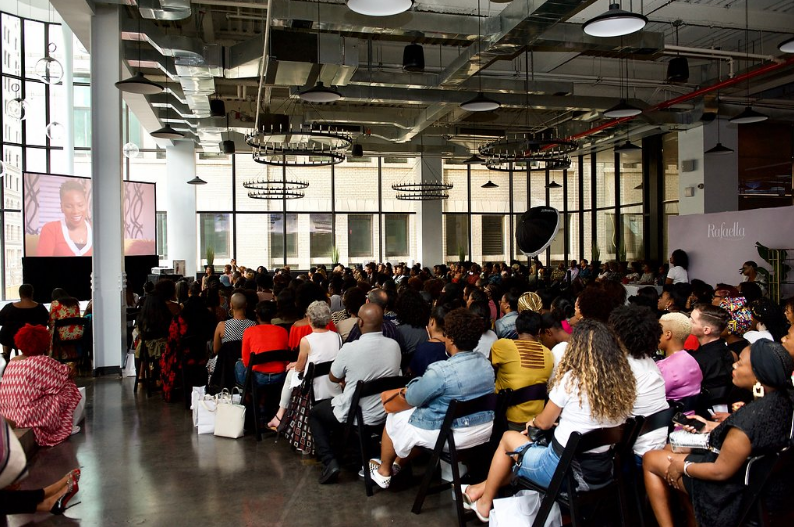 In between relevant quotes presented in nostalgic, nineties-themed fonts, “She Did That.” travels the journey from ideation to execution exploring areas like lack of access to capital, scarcity of resources, and the need for mental wellness and self-care.

In a scene filmed in Detroit’s The Ten Nail Bar, the filmmaker reminds her audience that Black-owned businesses can not flourish without Black support. “It is our responsibility to direct our dollars.” 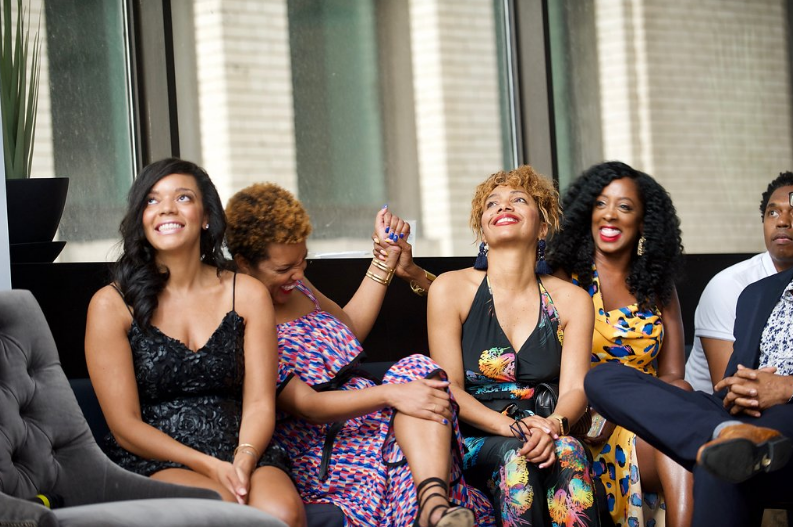 Despite showcasing the challenges of entrepreneurial journeys, the film has an encouraging tone. Bluitt’s intention is to make sure the next generation of entrepreneurs from her community have all the necessary information to ensure their success. “On social media they’re seeing the highlight reel and the celebratory moments of entrepreneurship, but we owe it to the younger generation to be honest with them. Being your own boss may be of the most challenging things you do in this lifetime.” 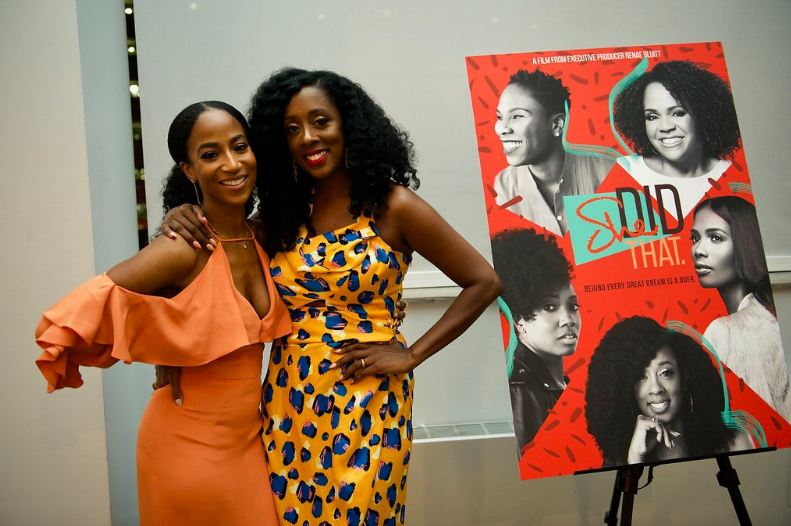 The film not only emphasizes the sizable barriers to entry Black women face when starting their own businesses, it reinforces the importance of representation. In the film, Bluitt enlists experts to speak to the disparity between the considerable buying power of Black people in the United States and the “the lack of investments poured back into our community.” 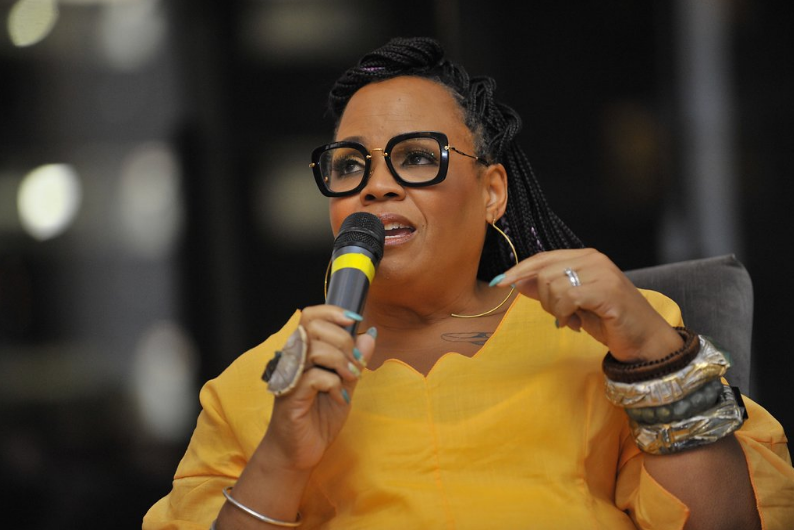 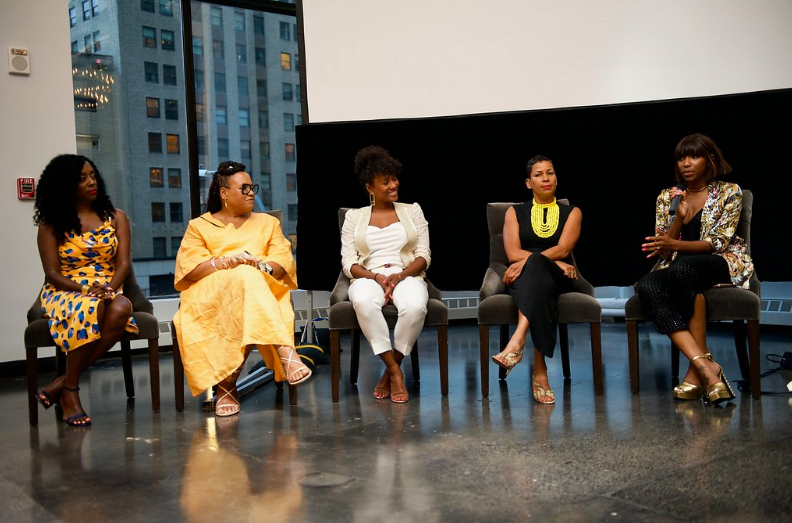 The considerable professional achievements of Black women are the film’s anchor but their personal relationships, and the positive impact they can have on their budding businesses were showcased as well. 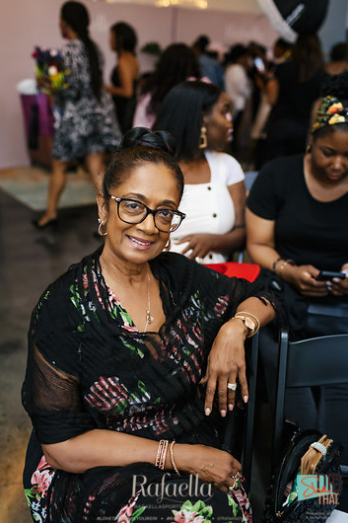 While thanking those who helped bring her vision for the film and the remarkable evening into fruition, Bluitt made sure to thank her own mother who was in attendance. “Thank you so much for being here and being apart of my journey and supporting me,” she said pointing out that “there is nothing like a praying Trini mama!” 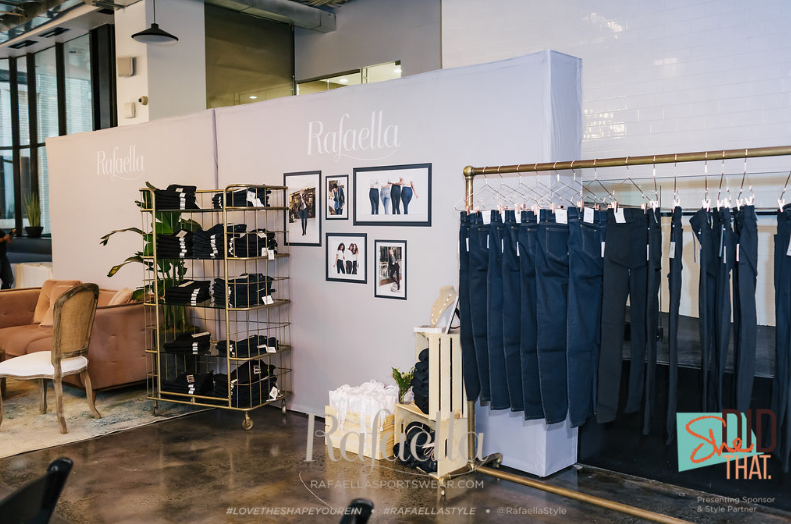 Attendees at the event were given the opportunity to take home a pair of complimentary jeans from Rafaella, who came on board earlier this year to lend monetary and moral support to the project thanks to the foresight of celebrated event planner, Yasmin Quiles, who also appears in the film. As the film’s official style partner, Rafaella has been a valuable resource for women in business looking to present themselves in their best light without completely breaking their budgets. 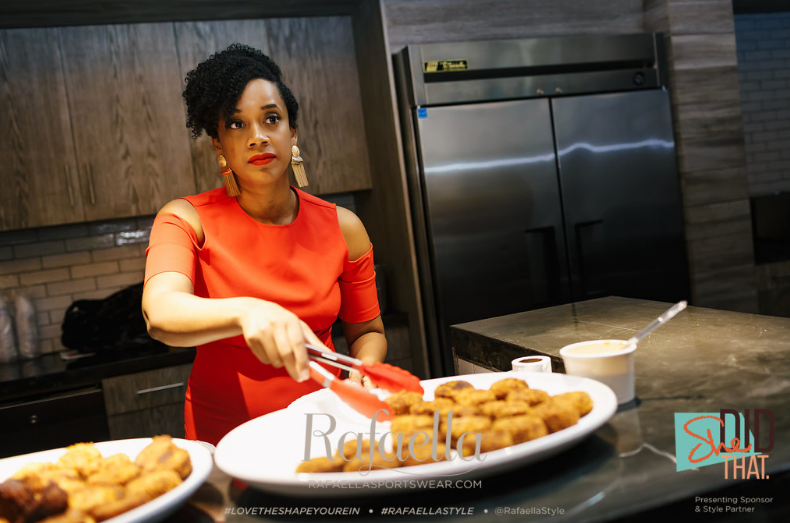 Those attending the screening were also able to experience another brand featured in the film firsthand, The Crabby Shack, who was celebrating its four-year anniversary that very evening. The seafood restaurant provided the event’s catering and guests emphatically praised their signature crab cakes while making their way through the sold out crowd. 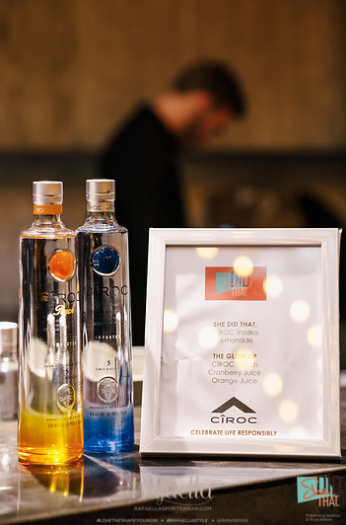 The crab cakes paired nicely with customized CIROC cocktails from the evening’s spirits sponsor. The company has a successful track record of supporting Black women in business so the “She Did That.” NYC premiere was in perfect alignment with the brand’s core values. For dessert, guests enjoyed cupcakes and cookies from Miriam Osei’s BCakeNY. 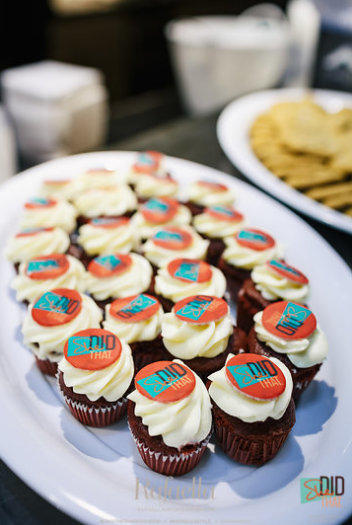 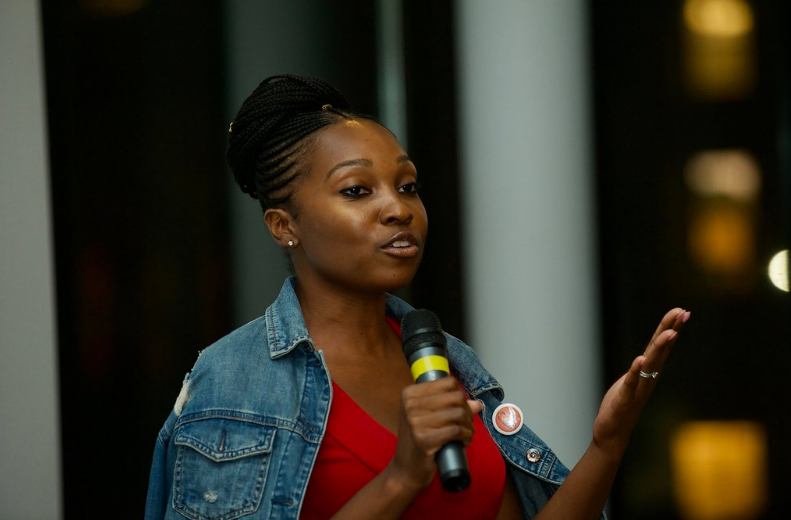 LinkNYC served as the NYC premiere’s tech partner by promoting “She Did That.” on over 50 digital kiosks across the five boroughs.

Verizon also served as an event sponsor, providing the luxurious space for the screening and offering interactive, photo booth opportunities to commemorate the evening. 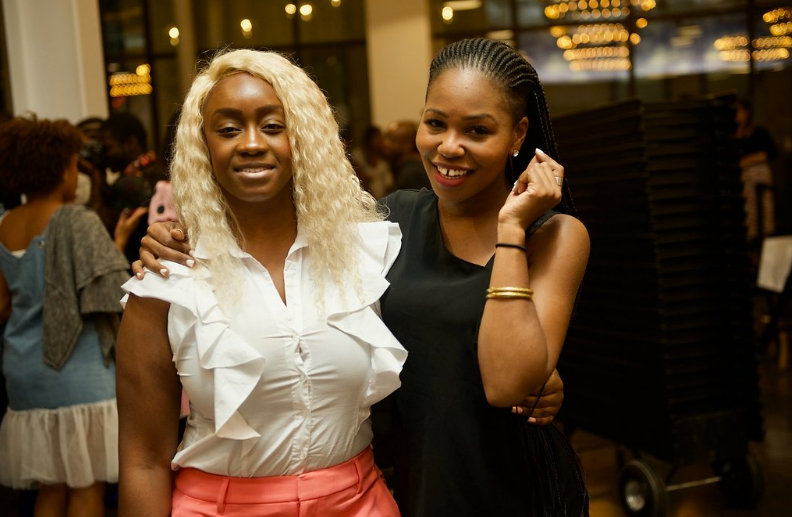 Lisa Price closed out the evening’s discussion by speaking life into every woman in the room and reminding them of the change that building a business of any size can have on the lives of those in our community. “We’re not all gonna be Kylie Jenner. We’re not all gonna be Pat McGrath, but we can contribute and we can make a difference.”

To learn more about upcoming “She Did That.” screening dates across the country, stay close to In Her Shoes for updates and follow the film on Instagram @shedidthatfilm.