My Kind of Cover Girl 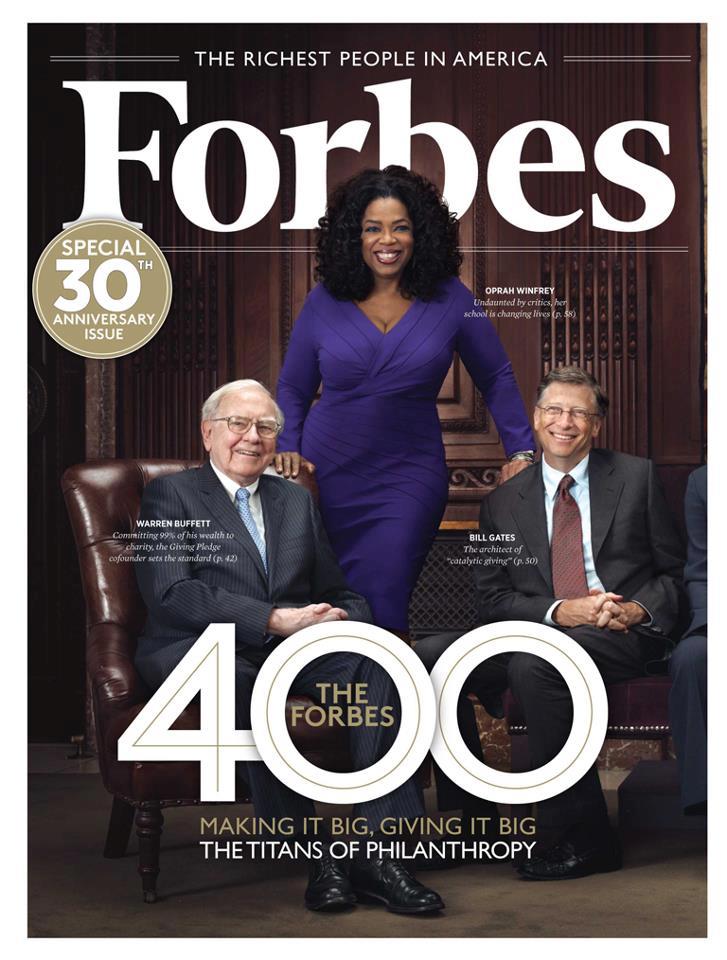 The internet was buzzing today with this powerful image. The queen of Media (and mentor in my head), Oprah Winfrey, graced the 30th anniversary cover of the Forbes 400. On June 26, 2012, 161 billionaires and near-billionaires came together in New York at the Forbes 400 Summit on Philanthropy, a chance for the most successful people on the planet to use their resources and the mind-set that built that success to try to solve the world’s most intractable problems.

As always, O continues to shine as the ultimate inspiration!