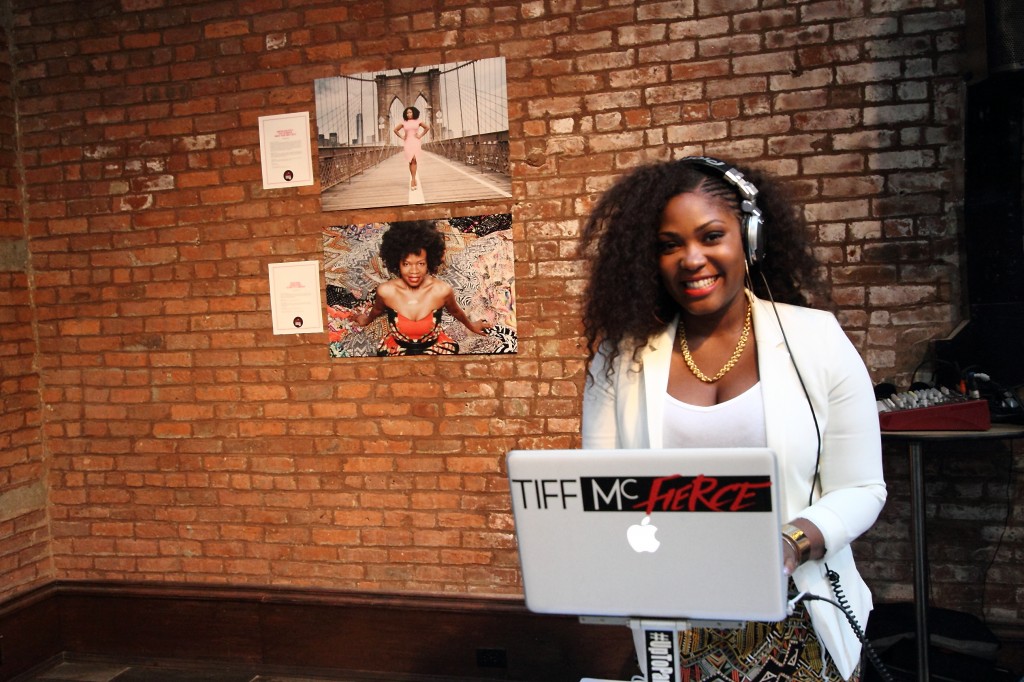 When I was searching for the perfect DJ for In Her Shoes’ “The Beauties & Brains Behind the Brands III” event this summer, I didn’t have to look very far. Beauty? Check. Brains? Check. DJing skills to keep the energy levels high? Yes, Tiff McFierce was the woman for the job. The Bronx-born music lover has positioned herself as one of the most in-demand DJs in New York City. She has been heard on Sirius XM satellite radio, has played hot spots such as No.8, The DL, Cielo and has a roster of A-list clients like The Gap, L’Oreal, Angela Simmons, Atlantic Records, Essence Magazine and Macy’s – who consider her their go-to girl when they want the vibes just right. Settle in as Tiff McFierce tells In Her Shoes all about this highly coveted career she’s building, one head-nodding tune at a time:

In Her Shoes: What were you doing prior to becoming a DJ?

Tiff McFierce: Before I started to DJ publicly, I danced professionally in the commercial world. I am a trained dancer and have been dancing since I was about six years old; with concentrations in ballet, modern, jazz and tap. I tapped for about seven years religiously – I really considered being a tapper. I also did hip hop on my own growing up and was in various crews and then later in companies. I’m a huge hip hop head and I grew up in The Bronx so for me it came pretty naturally. I started taking street jazz and hip hop classes continuing with my training in other disciplines and I was auditioning and working professionally since 2006. So I have been in the industry almost 10 years. I have done various stage shows nationally and internationally, including Spain and London, music videos, and more with artists, companies and the top choreographers in the commercial world. I still dance now as well. 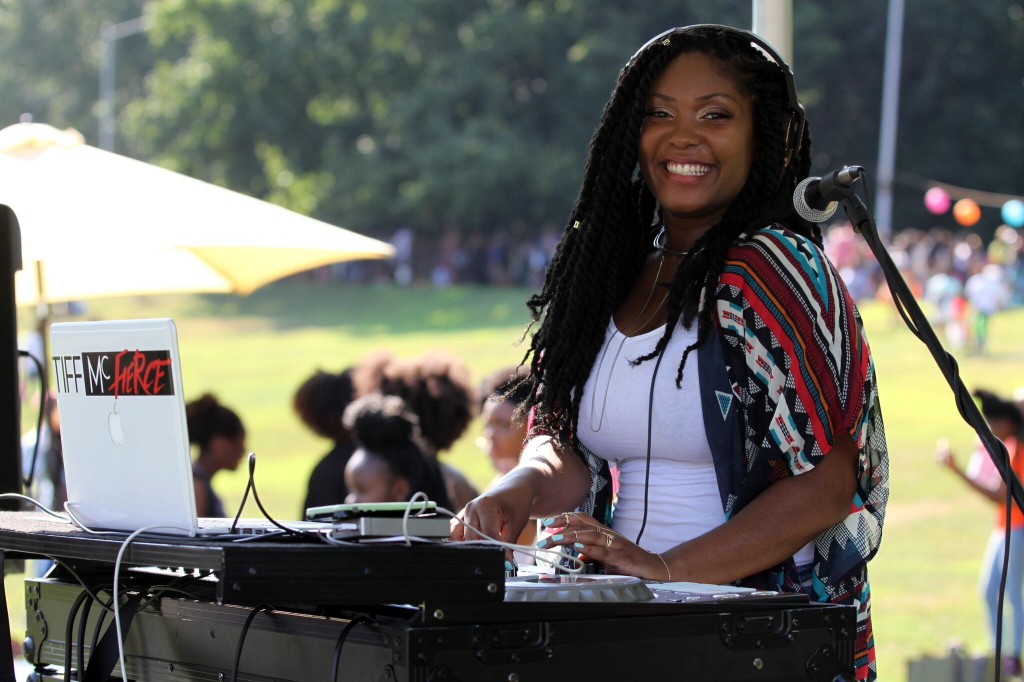 In Her Shoes: What inspired your transition?

Tiff McFierce: I always knew I wanted to DJ since I was 10 years old. I grew up in The Bronx, NYC and Kid Capri used to live on my block. My house was full of music of all different genres, and summertime on my block in the 90s were stacked speakers and block parties. I remember also taping Red Alert as a kid and listening back to his mixes. Or Funk Flex and how his delivery was and his iconic voice. DJ Cocoa Chanelle was so fly to me, and Mister Cee and his amazing mixing. I would pretend I had imaginary turntables, and scratch and spin back records on my computer desk while listening to mixes I’d taped. It was inevitable to collide my worlds of begin a dancer/creative artist with DJing. I love music and I started teaching myself how to teach on and off about 2008. Around four years ago I decided to stop being fearful about it and really up my training and figure it out. Then in 2012 after I came back from Europe, I really was inspired to let all fear go and let people start to hear me slowly, but surely.

In Her Shoes: What is it about DJing that brings you the most joy?

Tiff McFierce: Music is an amazing thing. I truly believe it is God sent. I get an amazing rush that’s so indescribable when I look out on a sea of people vibing all to one sound. Connecting with people through playing and dancing along makes me extremely happy.

In Her Shoes: Knowing music’s power to make or break an event, what song do you put on when it’s time to get the party started?

Tiff McFierce: Every crowd is different, every event is different so I always pay attention to the environment. I treat my sets the same way I treat being on stage or acting, it’s a show for the audience. I want to get my point across whilst still giving the people what they came for so I read the crowd and figure it out from there.

In Her Shoes: If you were stranded on an island and could only bring three albums to listen to, what would they be?

3. Can I just bring Pandora for the third please?  I have so much music I love! 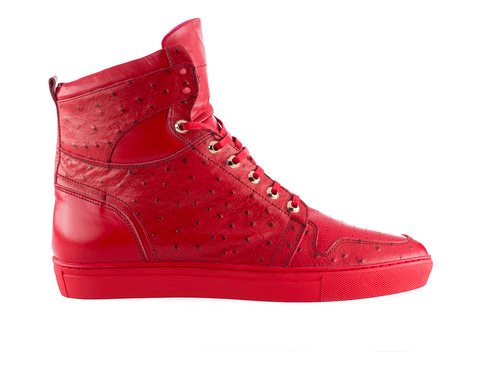 In Her Shoes: What is a day like in Tiff McFierce’s shoes?

Tiff: I have a lot of things to juggle. Music, clients, meetings and such. But most importantly, finding time every day to schedule a workout, some form of meditation/reading and time for myself to be still. 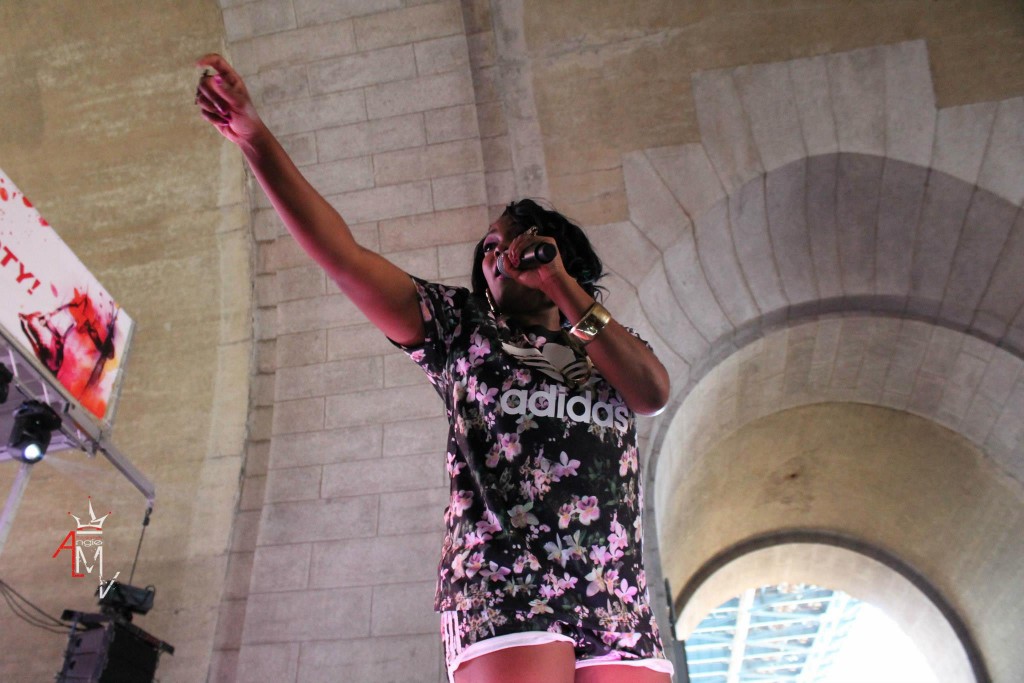 In Her Shoes: While it’s hard to believe, the fourth quarter of 2015 is upon us. Any plans to wrap up the year on a high note?

Tiff: Well I never give anything away *wink wink* lol. Definitely some great, fun McFierce things happening for the rest of 2015. I can give you a little something for the near future though. I will be back for the 2nd annual Essence Street Style Block Party on September 13th, 2015! That is going to be AMAZING once again, under the Manhattan Bridge. I had a blast DJing last year!

In Her Shoes: Who is Tiff McFierce?

Tiff: I am just a creative being sharing the gift I was given and doing what I love. I am a student to my crafts and respect them fully. I am a bit of a purist for sure. I just really love creating. Movement, mixes, and more. I believe I am just a being, being. That’s why I go by a little saying I have coined: Dance, DJ, Do YOU. I believe when you move from your heart space and let go of that fake fear that you can’t do something and you do it with knowledge, integrity, love and your own touch – anything is possible.