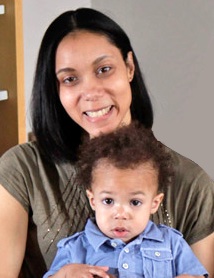 With a pretty amazing career ranging from modeling to writing to independent designer/illustrator to application developer, today’s fly female entrepreneur is the quintessential Jill of all trades. In honor of the fast-approaching Mother’s Day, I bring you Mrs. Imani Powell-Razat, the effortlessly cool mompreneur and co-creator of the iPad and iPhone application, Drum Circle Kids. With talent beyond measure, Imani’s ability to move seamlessly from one creative career to the next is rather impressive. Mrs. Razat sat down recently with In Her Shoes to give us the inside scoop on the rapidly growing world of application development, her thoughts on children and technology, and working with your significant other. Here’s what she had to say:

In Her Shoes: Describe the Drum Circle Kids application in 140 characters or less: 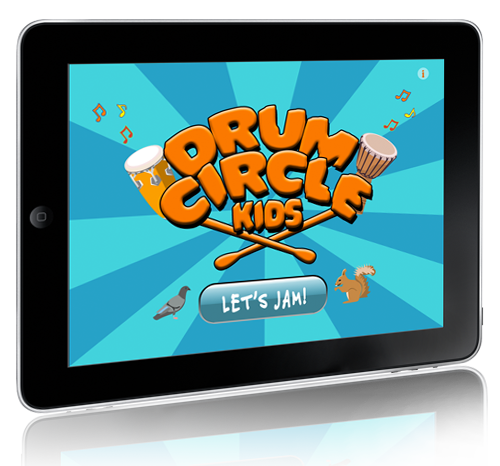 In Her Shoes: Tell us a little about the inspiration behind Drum Circle Kids:

Imani: My iPad arrived when my son Orion was 10 months old. He was drawn to the tech and was unbelievably savvy. The device was so user-friendly that a 10 month old could navigate it! He knew how to unlock the iPad and everything. He even had his own iTunes playlist and kept returning to the same songs: Latin Jazz, Reggae and Hip-Hop. I began downloading apps for him and immediately saw a need to create an app that reflected his cultural diversity.

In Her Shoes: What words of advice would you give to other women like yourself with multiple talents and career interests:

Imani: When you reach for the stars you may land on the moon. Fresh out of college, I was on a casting as a model, I got booked and then ran into a magazine editor in the hallway. I asked for a gig and that started my writing career.  I use positive visualization to see ideas become completed projects that are out in the world and become successful. I try to surround myself with positive people and creative energy, and other talented people with vision. Creative people understand a creative journey and can act as a support system.

In Her Shoes: What are the pros and cons of children being introduced to technology at a young age?

Imani: Parents must use their intuition, apply common sense and moderation, know their child, and do their own research like with everything else.

Some of the reported pros have been fine tuned motor skills and the understanding of cause and effect. Some of the cons reported are overstimulation and not enough people time. My pediatrician suggests two hours of screen time, but I feel like that applies more to television which is a passive media where you can only consume. I see the iPad as an interactive, learning tool. I am all for e-books and educational apps and have personally experienced positive results. And with schools providing iPads to kindergarteners, and MIT developing science0based video games for children, the jury is still out. According to an article in Huffington Post, 97 percent of our children play video games. Technology can’t be ignored, it is a fundamental part of our society for better or worse. It is the future and the proof will be in the future pudding. I am hopeful, Generation X grew up on Atari and Coleco vision and we pretty much rule! 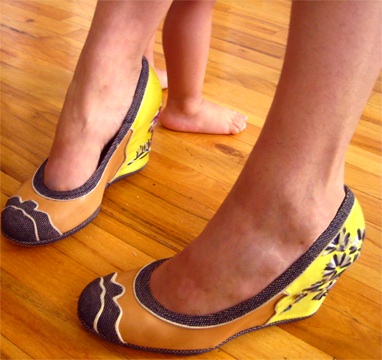 In Her Shoes: What’s a day like in Imani Powell-Razat’s shoes?

Imani: Checking emails, returning phone calls, chasing down Orion in the park, nap time, doing research to keep abreast on the latest trends in design and technology, tossing project ideas back and forth with my husband via IM. Meetings over lattes in a Harlem cafe, dinner with the family, and then more work after Orion goes to sleep because when you work for yourself you put in more than eight hours a day. 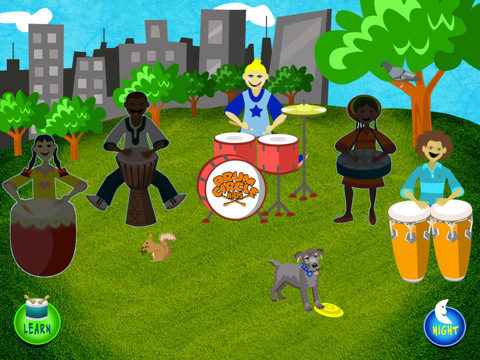 In Her Shoes: What were some of the obstacles you faced developing the Drum Circle Kids application and how did you overcome them?

Imani: The biggest obstacle in creating Drum Circle Kids was making all of the drummers play at once. The app has more complex sound coding than most children’s apps. Trial and error and creative problem solving were the means we used to overcome technical obstacles. It helped to talk through the issues. 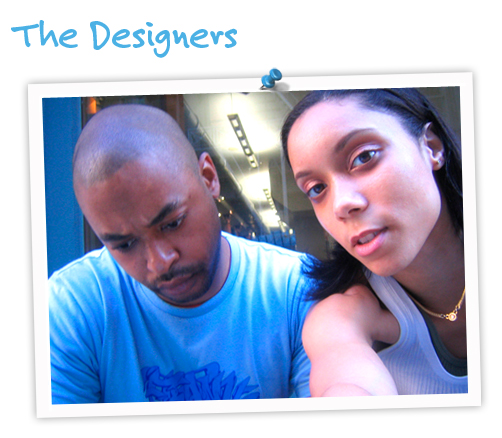 In Her Shoes: What words of wisdom do you have for women wanting to go into business with their husbands or significant others?

Imani: If you are able to work with your significant other, it can be a brilliant, powerful, connection but make sure it doesn’t become your only connection. Learn how to stop talking about work at some point!

In Her Shoes: How long did it take you to create your application from inception to execution?

Imani: It was conceived in November of 2010 and was completed in March of 2011. That is with a diligent, focused effort on both parts.

In Her Shoes: What’s your favorite iPad application (besides your own)?

Imani: I was addicted to Fruit Ninja at one time.

In Her Shoes: What’s next for Spye Design?

Imani: When you’ve designed everything from pillows, vases and brass knuckle shaped soap to tote bags and now a children’s app, the fun part is that you never know what’s next…

To purchase Drum Circle Kids for the little person in your life and learn more about Imani Powell-Razat of SPYE Design visit www.spyedesign.com.