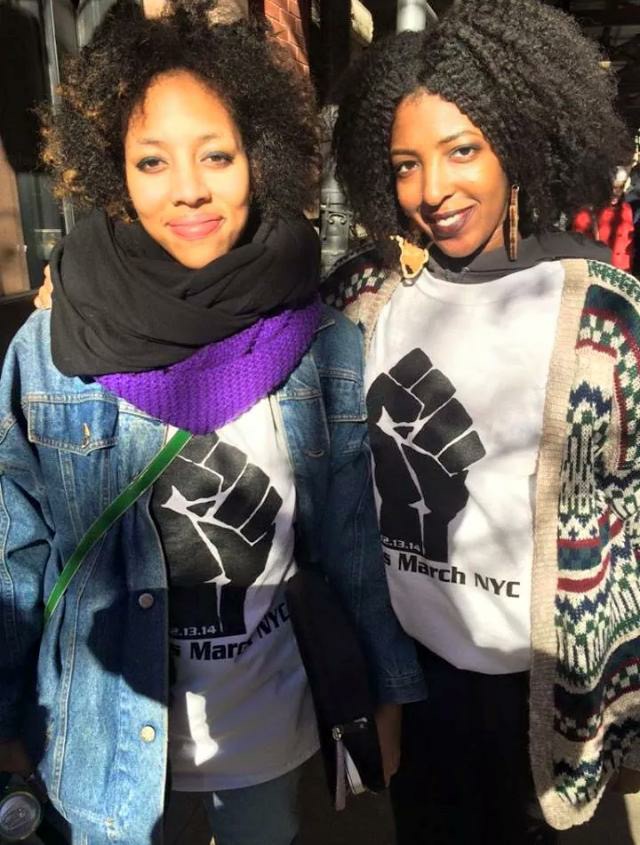 Unless you’ve been hiding under a rock for the past few weeks, you’re VERY aware of the injustices happening in our country in Ferguson with Mike Brown, New York City with Eric Garner, Akai Gurley and the countless other men and women of color whose lives have been taken at the hand of racism and discrimination. With everything happening in the world today, it’s easy to feel a sense of hopelessness and helplessness. I know I’ve felt it on more than one occasion, but what if you decided to just DO something? What if that thing you decided to JUST DO resulted in over 60,000 people coming together peacefully on a cold and blistery day in New York City to march for their rights and the fact that #BlackLivesMatter? Meet Umaara Elliott and Synead Nichols, the 19 and 23-year-old beauties behind Millions March. After finding out that two young, Black women were the catalyst for this movement I had to find them to ask a few questions. Lucky for us, the ladies were available for a conversation about the historic moves they made over the weekend and here’s what they had to say:

In Her Shoes: CONGRATS on the success and magnitude of the Millions March you coordinated here in New York City this past weekend. I’m so intrigued by your passion and ability to put something like this together under such short notice. Let’s start by having you tell me a little bit about yourselves:

Umaara and Synead: We are both performers. Synead is a singer and I (Umaara) dance professionally. I’m a nanny and also teach swimming. We both work with children. I’m from the Bronx via Atlanta and Synead is from Brooklyn and Harlem. 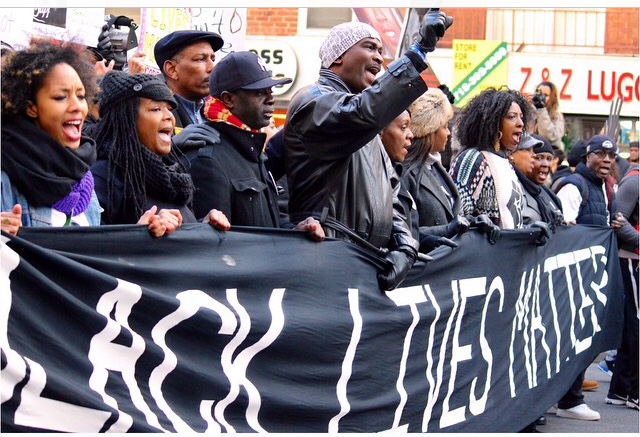 In Her Shoes: When did you ladies decided that you were going to take matters into your own hands to coordinate the Millions March?

Umaara and Synead: We were both out protesting, but at different marches, and at like 1 a.m. Synead had the idea of making a Facebook event for a large, peaceful march where people from all walks of life could join in. She texted me about it, but my phone was dead from being out. Next thing you know, we had over 900 RSVPs on the page before the second night. 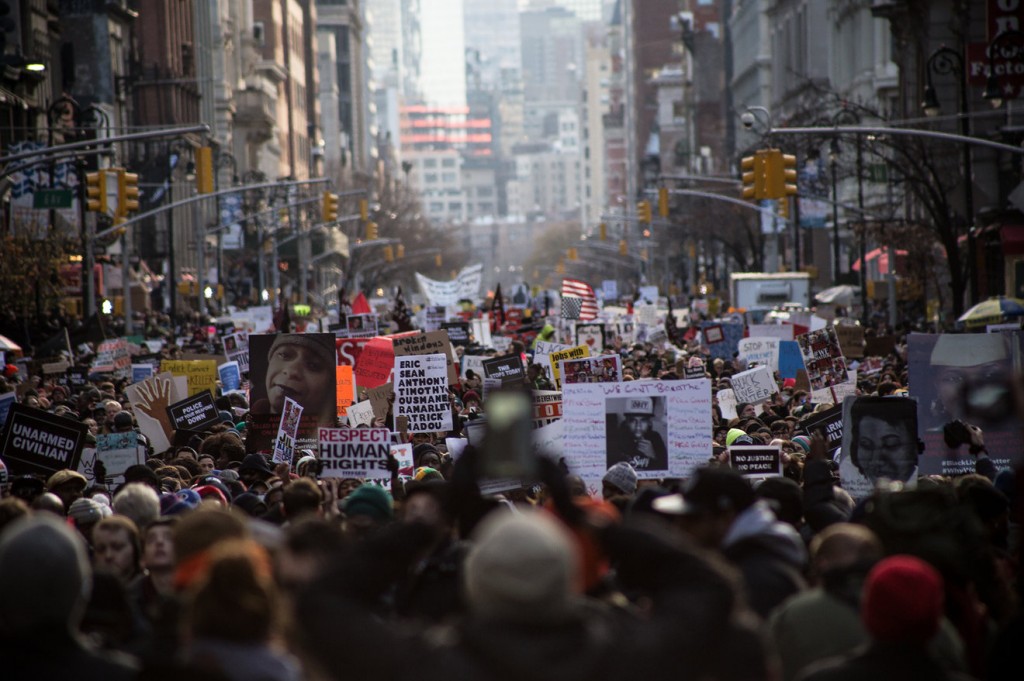 In Her Shoes: Did you have any other organizations partnering with you? If so, please name them.

Umaara and Synead: Yes, upon posting the event to Facebook, we had so many people reaching out to us and messaging us on how and where they could help us. From there, we ended up calling for meetings and building an amazing team. We were also blessed enough to have organizations like Ferguson Action, Black Lives Matter, and Justice League NYC as some of the organizations to help and support us. 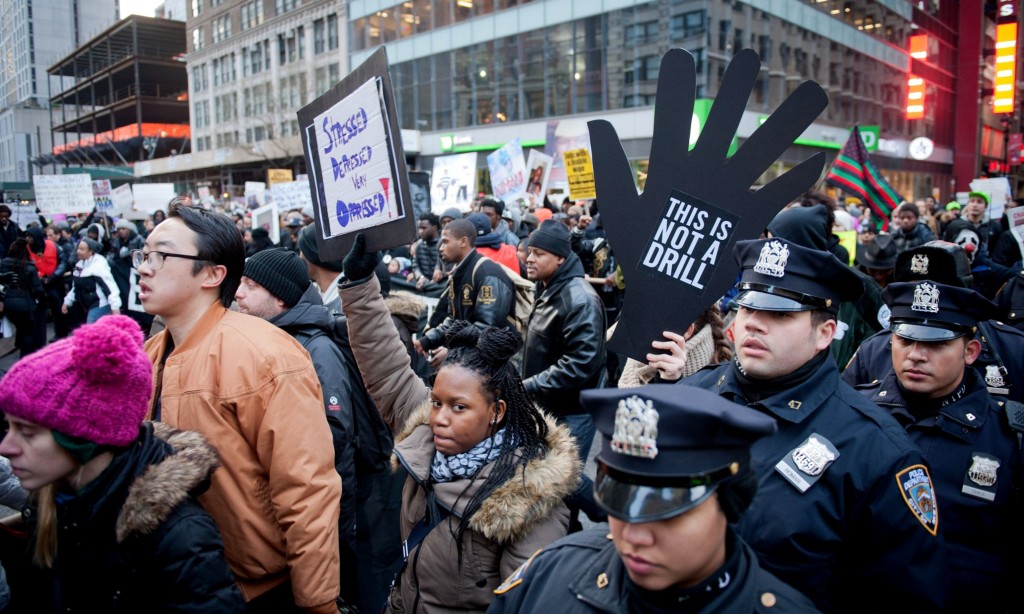 In Her Shoes: What was the biggest obstacle you faced while planning this march and how did you overcome it?

Umaara and Synead: The biggest obstacle was honestly not knowing how responsive or cooperative the NYPD would be if 50,000+ people were to actually participate in our march. We were worried about this quite a bit but it all worked out in the end. 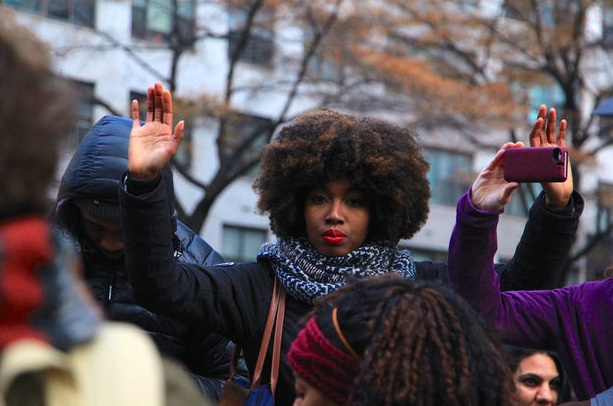 In Her Shoes: Have you ever participated in a march or protest prior to this one?

Umaara and Synead: We’ve both been protesting for quite some time now but this was our very first time organizing one.

In Her Shoes: I attended Millions March and am still on a high from the experience. It was beautiful to see so many people of all ages and races come together for justice. At one point did it hit you that you and your partner were the catalyst for such a MASSIVE and historic display of unity?

Umaara and Synead: We’ve been planning this march for a little less than three weeks now, so to see how many people actually came out to support just from our initial Facebook post on November 25th is still amazing. We are still in shock the over 60,000 came. We were just hoping at least a thousand would show up, ha ha! 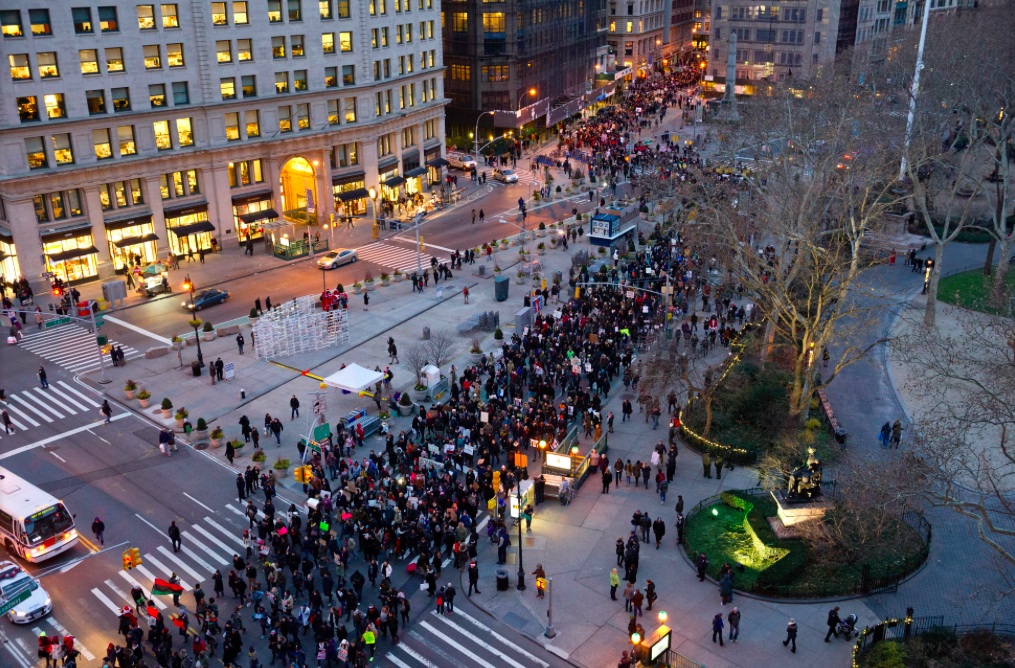 In Her Shoes: What’s next? Do you have any plans to follow the Milions March up with?

Umaara and Synead: We’ve already been working on our next steps and planning meetings for this week. It is important that our demands get met NOW. Otherwise, we’re still going to be fighting.

← Previous Story Part II: In Her Shoes + Lisa Price Interview (VIDEO)
Next Story → How to Stay Motivated Through Winter’s Wrath