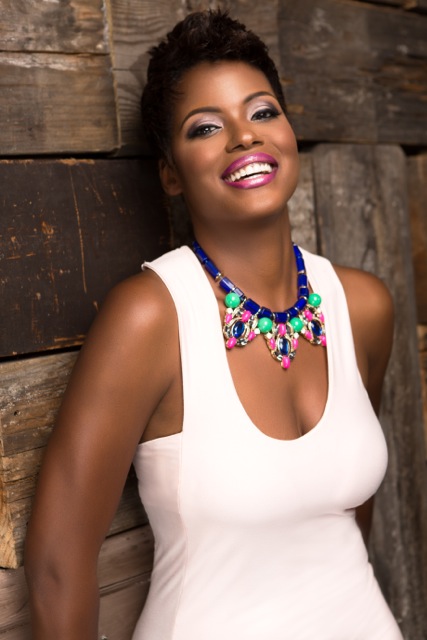 Joining us today on In Her Shoes is actress, writer and comedian extraordinaire, Cassandra Freeman. As a proud Brooklyn resident by way of West Palm Beach, Florida, Cassandra has landed quite a few awesome roles throughout her career including playing the love interest of every woman’s “grown man” crush, Denzel Washington, on Inside Man and most recently, the role of Morgan in VH-1’s Single Ladies. As if that’s not enough, she’s currently flexing a few comedic muscles in her new YouTube series 12 Months of June. Find out how this fabulous thespian juggles it all while working between Atlanta and New York City, maintaining a social life and strategically plotting her next steps!

In Her Shoes: How did you get your start as an actress on the big and small screens?

Cassandra: I’ve been a “theater geek” since I was 15 and attended a performing arts high school in Florida to study acting. I then went off to FSU and earned my BFA in theater and went on to get a MFA from NYU’s Tisch Grad Program. During my senior year in the NYU program I had to participate in a showcase where I performed in front of agents and casting directors. Kim Coleman, a casting director for Spike Lee, was there and she called me in to audition for Inside Man. I originally auditioned for a smaller role but before I left she suggested I audition for the girlfriend role to Denzel Washington. I got a call back, met Spike Lee and a few weeks later, found out I was in –  from Spike himself! Getting that job right out of school opened the door for so many opportunities in the future. 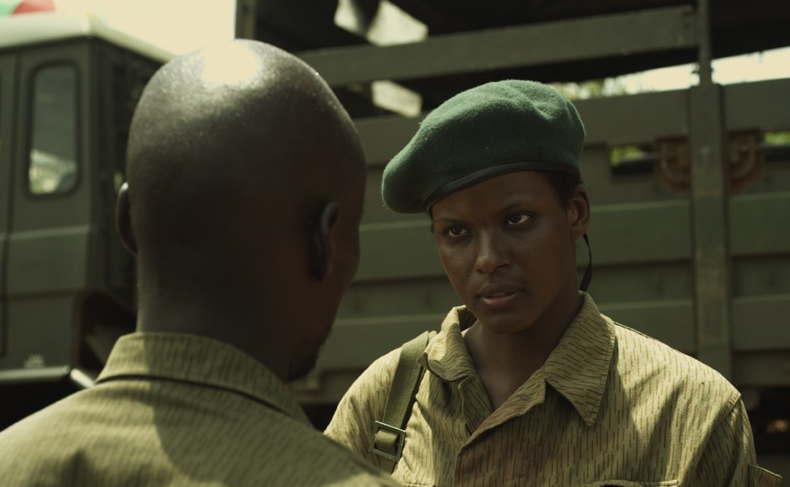 In Her Shoes: What would you say has been your most intimidating role to date and why?

Cassandra: I did a movie that won an award at Sundance a few years ago titled Kinyarwanda that was filmed in Rwanda.  Taking on the heavy subject of genocide and learning an accent was quite intimidating. I tried my best to take on the aura that I was a leader of a military. It was extremely humbling to act alongside people in Rwanda who actually suffered from the atrocities. I think any time an actor takes on a true story it can be very intimidating because you hope to bring a level of authenticity and pride to the community who’s story you’re telling. 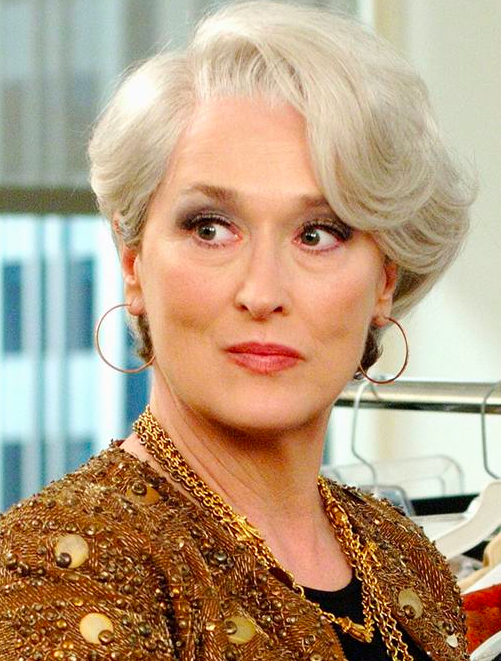 In Her Shoes: When you think of actresses that have inspired your journey, who are the first that come to mind?

Cassandra: Meryl Streep and Whoopi Goldberg represent the range I wish to strive for in my career. They both have had such great opportunities to play such a wide range of diverse women on the stage and screen and have made those characters rich with dimension. 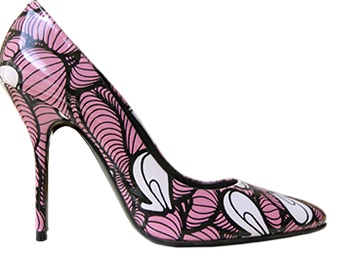 In Her Shoes: What is a day like in Cassandra Freeman’s shoes?

Cassandra: My days fluctuate in so many ways because I’m up to so much! My days usually start off with a run at the gym, followed by answering a ton of emails from the many different areas in my life, followed by meetings for 12 Months of June, auditions, then I may have a speech/talk for an organization, teaching at Fordham or New York Film Academy, followed by various events and red carpets in the evening. This doesn’t include the days where I fit in family and friend commitments. It’s truly a juggling act! 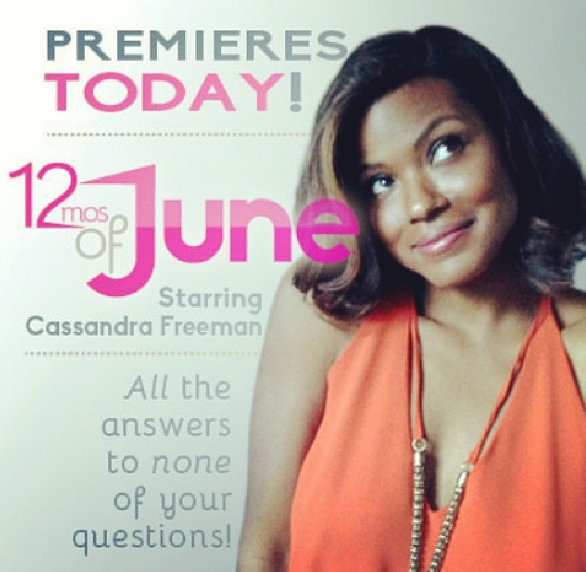 In Her Shoes: Congrats on your new web series, 12 Months of June! Tell us a little bit about it and what inspired you to create it:

Cassandra: I really needed an outlet to let out some of the jokes I had in my head. And I wanted to see it visually unfold in front of me instead of just behind a mic. Also, I just felt like there was nowhere that my brand of comedy and my point of view existed. I love that Saturday Night Live has hired black writers and added a new woman of color to the cast. I’m also encouraged by the success of Awkward Black Girl. Black women in the past have only been portrayed as being downtrodden, strong, proud or sassy, but I think it is delightful when you see these other personalities pop up on your screen.

I’ve launched a workshop on YouTube where I am running my first season of a web series titled 12 Months of June. My character is June Jordan and she’s down on her luck. Her boyfriend walked out, her therapist is breaking up with her, her career is at a dead end, but her hair looks fabulous and her heart is willing. I’m showing her wide eyed industrious rise to the heights of motivational speaking, life coaching, and who knows what else. Without the heavy burden of credentials, she is free to fly where she chooses. I love this show because in a comical way it shows how hard and how easy it can be to start your own business or to begin that new project! One of our lines for the show is “it’s easy to begin when all you have is the beginning.” 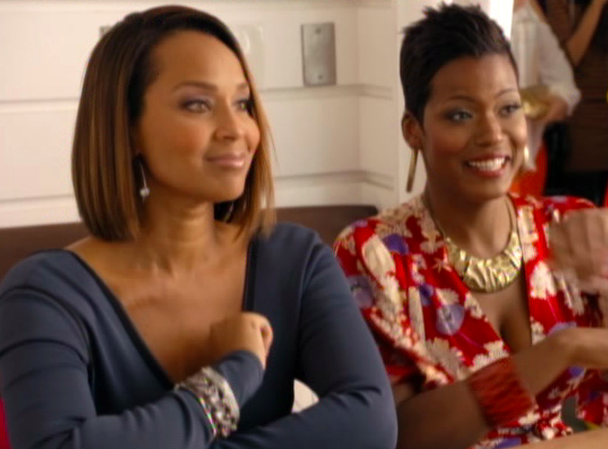 In Her Shoes: Single Ladies is filmed in Atlanta but you’re a proud Brooklyn resident. What do you miss most about our beloved borough when you’re away?

Cassandra: I’m from Florida so it’s a joy to be back in the south filming Single Ladies but the thing I miss most about BK are our cool bars and how late everything stays open! Also, some of my favorite boutiques are based in Brooklyn and there’s nothing like the diversity of fashion and taste in our borough. There is inspiration on tap in our neighborhoods because so many artists have lived, thrived and created on those streets. I’m proud to be a BK woman!

In Her Shoes: How would you describe Cassandra Freeman in five words?

To learn more about Cassandra follower her on Twitter (@cassiefree), Instagram (@cassiedamsel) and be sure to check out her work on 12 Months of June by clicking here!