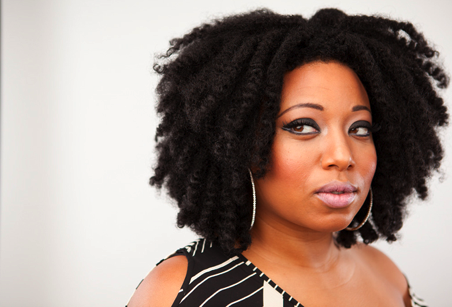 Just in time for this weekend’s highly anticipated Rising Affluent conference, we’re sitting down with one of the event’s brilliant guest speakers, Miss Demetria Lucas. As our favorite relationship expert slash life coach slash journalist (you’re not a true New Yorker without the slash title), Demetria gives us the skinny on her recent transition from Corporate America to fly female entrepreneurship. Less than a year into her bold career move, the future couldn’t be brighter for this ambitious scribe. Get up close and personal with A Belle in Brooklyn today on In Her Shoes!

In Her Shoes: How old were you when you realized you had a special relationship with words?

Demetria: I was a junior in college, allegedly on the law school track. I’d written a paper for an English class in the middle of the night after I made it home from the club. I totally forgot it was due.  I pounded out four-pages on a topic I liked well enough, turned it in the next day.

A couple weeks later, my professor was reading the intro to this amazing essay, and the whole class was reacting to it in awe. “Wow!” I thought, “If I could write like that, I’d get off this law school track and be a writer.” My professor was at the end of the paragraph before I realized she was reading my paper. I gave that essay zero effort. I wondered what I could be if I tried, so I decided to try.

In Her Shoes: What thoughts crossed your mind when you held a copy of your book, “A Belle in Brooklyn: The Go-To Girl for Advice on Living Your Best Single Life” for the very first time?

Demetria: It wasn’t the emotional, exciting, overwhelming experience I expected. I totally got what a big deal it was to officially be an author, and was very thankful to have a dream I’d had since I was a teenager come into fruition. But there’s a lot of work that goes into producing a book. Mine was a long, intense, eighteen-month process. Frankly, I’d never worked that hard on anything in my life, and I still had a demanding day job to be accountable to.

I picked up ABIB, thought “this is pretty cool” then put it back on the desk. It was more relief than anything that I’d made it through the process and a bit of fear of what was to come. Being on this side of the book business is a new world to me. I was out of my comfort zone and there were high expectations. I was a bit worried about how to handle it all. 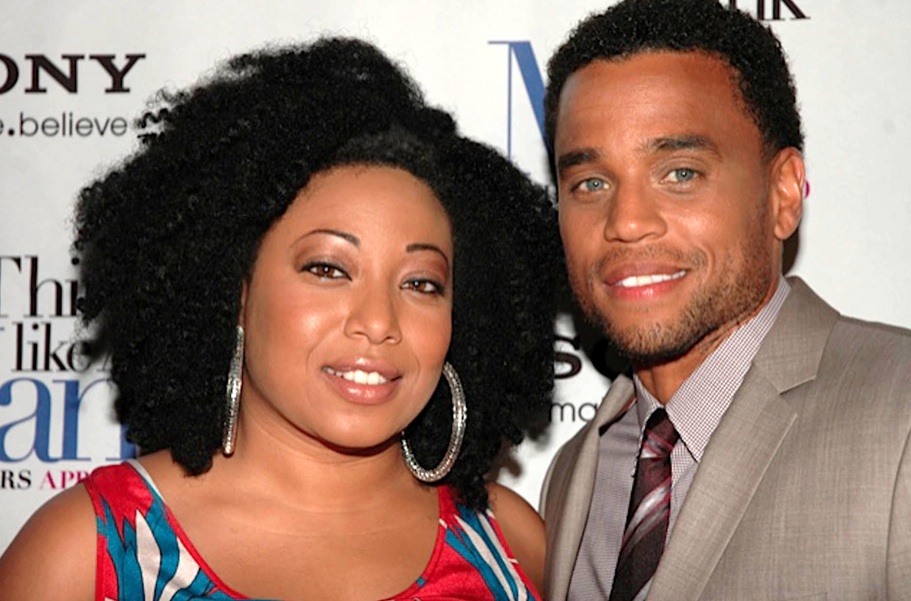 In Her Shoes: Congrats on your transition from magazine editor to full-time author and freelance writer! What were some of your biggest fears while making this career move and how did you get over them?

Demetria: My biggest fear was I’d be irrelevant once I was no longer associated with the big name brand of my previous day job. It was totally not logical. I had a book in stores, and a popular blog that actually landed me that high-profile job. But it was something I worried about greatly. I also wondered if people would think I had lost my mind for leaving a position that looked enviable from the outside looking in, and some people did think that and worse.  Of course, I fretted about money. I had several streams of income lined up—a life coaching company (Coached By Belle), speaking engagements, a respectable book advance that I hadn’t spent, royalties, consistent writing opportunities, etc.— but there’s no comparison to a reliable two-week check directly deposited into your account.

I mulled over the decision for about six months, then I just decided to make the change and I’d figure out all the details on the back end. It was quite scary and I was still afraid, but I thought my possibilities were greater doing my own thing, and just the idea of writing the sequel while working full-time was giving me anxiety.

It’s been eight months. Things are going pretty well. I have weekly columns at The Root, Clutch, and Essence, the sequel to A Belle in Brooklyn is written, and I’m working on a “surprise book” that will be out soon. 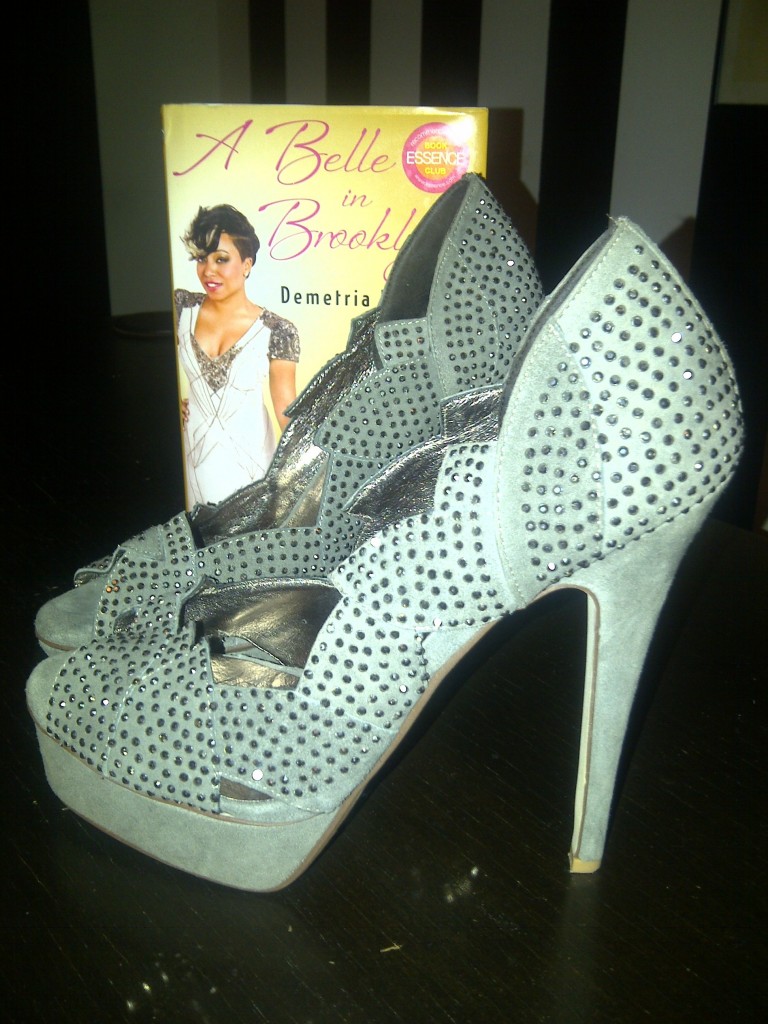 In Her Shoes: What’s a day like in Demetria Lucas’ shoes?

Demetria: No two days are the same, which is just how I like it. You can find me holed up at my writing desk trying to meet a deadline or coaching clients on the phone, or finalizing plans for my summer book tour with my publicist and manager. Some days I’m running around Prospect Park or over the Brooklyn Bridge. You’ll often find me tumbling around the city with friends checking out the best tourism spots, rushing to a TV studio for a segment, meeting with all types of people about upcoming projects (lots of event managers to find new venues for my networking series, Cocktails with Belle), or dashing off to a dinner party at some swexy New York spot.  I work hard and play harder. 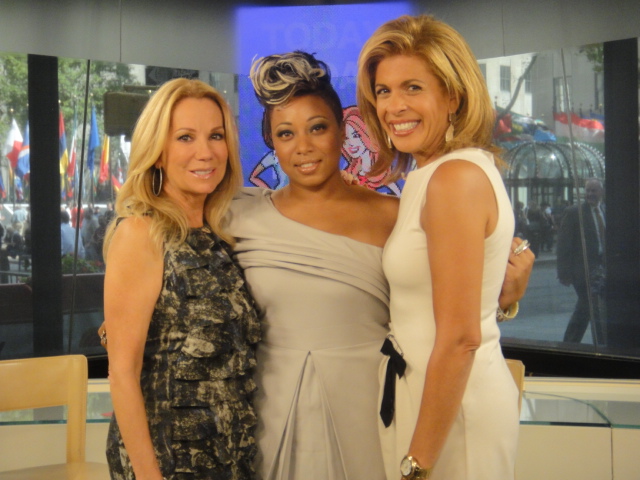 In Her Shoes: Congrats on your recent appearances on Dr. Drew and WPIX. You’re turning into quite the media darling! What would be your dream publicity hit and why?

Demetria: Thank you!  To go on The Today Show again. Since my first visit in September, sales of A Belle in Brooklyn book have been through the roof. That appearance led to so many great opportunities. 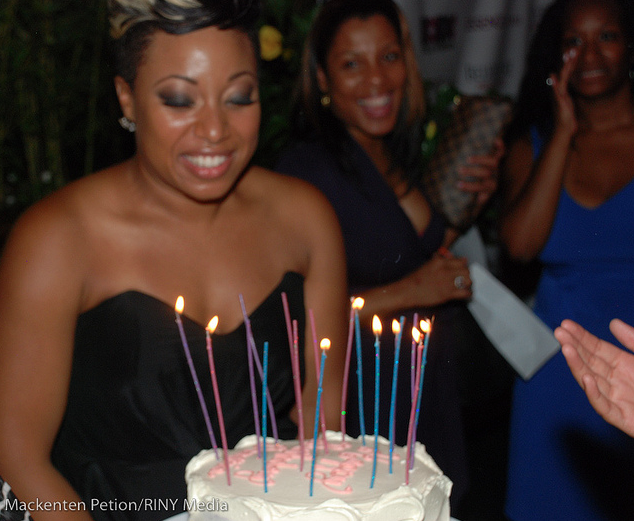 In Her Shoes: Anyone who follows you on social media knows that you’re a daddy’s girl. What’s the best advice you’ve ever received from your dad?

Demetria: The best advice my Dad ever gave was “just keep living.” I’ve had the expected ups and downs on my career path, and like most people experience, the downs seem really bad. If you can just keep going even in the worst of times, things always seem to work out, or at least get better. I’m in a great place in my life I never imagined. I just “kept living” and kept going even when I felt like quitting. Sometimes that’s how you win not just the battle, but the war.

In Her Shoes: This weekend you’ll be speaking at the “Rising Affluent” conference about building a strong presence via social media. What advice would you give someone trying to truly “connect” with their digital community on FB, Twitter, and formspring:

Demetria: Be consistent, be yourself and know when to be quiet!

In Her Shoes: Are you able to dish on what you’ve got planned with Sun Drop and the upcoming Billboard Awards?

Demetria: The amazing folk at Sun Drop are flying me to Vegas to attend the Billboard Music Awards on May 20. Adele, Rihanna, Lady Gaga and Lil Wayne are leading the nominations and hopefully, they will perform. I’m excited to offer the Belleionaires exclusive coverage of the upcoming awards show via my A BelleinBrooklyn.com and Twitter (@abelleinbk), and Facebook (abelleinbk). It will be an amazing Pop-A-Sun Drop weekend.

In Her Shoes: List 5 things that are guaranteed to put a smile on your face, no matter how stressful your day is:

2. Checks in the mailbox

For additional information on Demetria Lucas visit www.abelleinbrooklyn.com or join the Belle World Order on Twitter by clicking here! If you were inspired by this interview and want a little more Belle in your life, click here to purchase your discounted ticket to this weekend’s “Rising Affluent” conference. In Her Shoes readers receive a special 15% off!